ISTANBUL — Turkish Airlines already flies to 126 countries, which is more than any other airline in the world. Now, buoyed by the opening in April of the massive Istanbul Airport about 30 miles west of the city, Turkish is moving forward with aggressive growth plans as it seeks to burnish its standing as a leading connector of international travelers between East and West.

Turkish, which services nine U.S. cities, flew 75 million passengers in 2018, nearly 3.5 times its total just a decade earlier. Among those passengers were 23.4 million travelers who were transiting between two international destinations.

But rapid as that growth sounds, the airline expects it to accelerate. Turkish is targeting a passenger count of 120 million by 2023. The carrier also plans to increase its fleet from the current 344 to approximately 500 by that time. Turkish currently has 193 aircraft on order, according to Peter Harbison, CEO of Sydney-based CAPA Centre for Aviation consultancy.

The question: Can the carrier truly ramp up its cross-world service so quickly and still be profitable?

“It is an ambitious target, but I wouldn’t rule them out from reaching it,” said Mike Eggleton, director of research and intelligence for BCD Travel and a former network developer and strategist at British Airways.

To fill all those new airplanes, Turkish plans to leverage what has historically been Istanbul’s greatest asset: its location at the crossroads of Europe and Asia.

“Istanbul is the center of the world,” Mert Dorman, the carrier’s senior vice president of corporate marketing and distribution, said at Turkish’s annual Corporate Club Conference in mid-October. Dorman said flyers can reach 60 world capitals within three hours of Istanbul.

Also central to the carrier’s growth strategy is the new Istanbul Airport. The ultramodern facility opened with an annual capacity of 90 million passengers. The Turkish government, which owns 49% of Turkish Airlines, has already spent $8.3 billion on the airport. 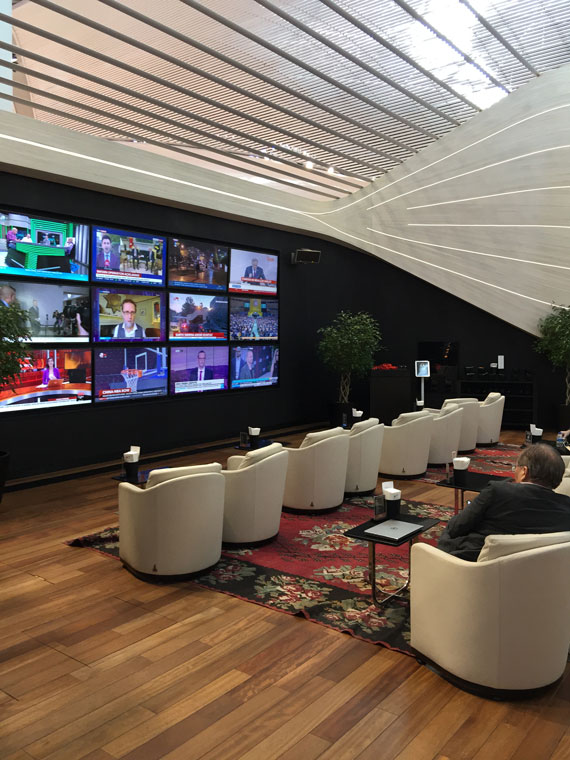 Robert Silk writes: “I jokingly asked my guide during a recent tour of the Turkish Airlines Business Lounge at the new Istanbul Airport if it was possible to just stay there, rather than taking lodging in the city.”

When the build-out is complete around 2028, capacity will be as high as 200 million passengers, and the cost is expected to have reached $11.4 billion.

The move away from Istanbul’s Ataturk Airport was a necessary one, as the facility had reached capacity. But from an airline perspective, the biggest beneficiary by far figures to be Turkish, which is responsible for 75% of the service out of Istanbul Airport, according to Ismail Polat, the airport’s chief planning officer.

Armed with so much newly available capacity, Turkish plans to grow international connecting traffic more than 50% in the next five years, Dorman said.

Turkish will be able to use those aircraft to service new secondary international markets to both the east and west, he added. Entering those markets, in turn, will stimulate new traffic.

“I see that trend toward smaller, longer-haul aircraft as possibly the most important development in network planning over the next decade,” Harbison said.

Turkish up, Gulf carriers down?

Eggleton said that if Turkish is going to succeed in positioning itself as the leading option for connecting East-West international traffic, it will likely do so at the expense of Gulf competitors Emirates, Etihad and Qatar.

“In my view, the hubs that are most exposed to Istanbul are the Gulf hubs,” he said. “Geographically, it’s better placed than the Gulf hubs.” 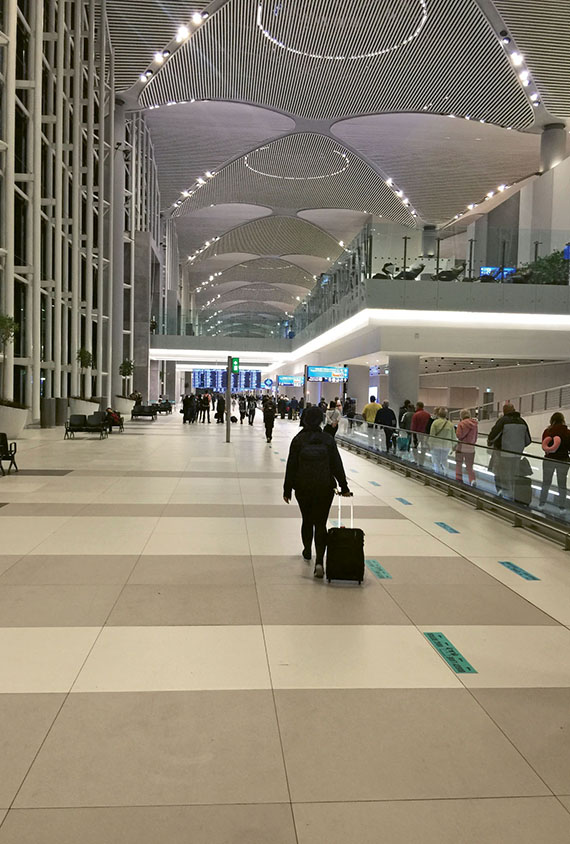 Eggleton admitted that his example is purely theoretical, as it doesn’t account for the crucial factors of airlines’ connecting schedules as well as the ability of the airports to facilitate speedy transfers.

Still, he said, it speaks to the fact that on northern routes, which connect more high-yielding economic centers than southern routes, Turkish is better positioned than the Gulf. Conversely, the Gulf carriers have an advantage in ferrying travelers to and from India, both for geographic and demographic reasons.

Beyond geography, the Gulf carriers, which enjoyed explosive growth early this decade, have dialed back over the past few years as they’ve been beset by overextension, the weakened global energy sector and a regional diplomatic dispute that has taken a particularly heavy toll on Qatar.

He said an emerging competitor going forward for Turkish could be the discount carrier Flydubai, which has 250 737 Max aircraft on order.

For Turkish, Eggleton said, geopolitics is the biggest threat to its ambitious goals for ferrying international flyers.

Tourism in Turkey crashed in 2016 following a coup attempt and a spate of terror attacks, including one at Ataturk Airport that left 48 dead, including the three attackers.

Meanwhile, recent news events have served as a reminder that the country sits precariously to the north of volatile Syria, where it is deeply involved militarily.