A flight from Los Angeles to Aspen, Colo., takes less than two hours. For anyone making that on a commercial carrier, it means getting to the airport about 90 minutes before takeoff, slogging through security and then waiting in a crowded terminal.

But I made the trip with recently launched semiprivate carrier Aero, where all of the worst things about flying vanish.

Aero launched in the U.S. in early 2021 and currently flies from Los Angeles and San Francisco. From L.A., it serves the leisure destinations of Aspen; Sun Valley, Idaho; Los Cabos; and Jackson Hole, Wyo. From San Francisco, it flies to Aspen and Los Cabos, Mexico. Its model debuts in London this month, with flights to Nice, France, and Ibiza, Spain, from Farnborough Airport in Hampshire, England, and it will reintroduce flights from Ibiza to Mykonos, Greece, where Aero first launched in 2019.

Aero’s L.A. flights depart from the private Van Nuys Airport, about 20 miles north of LAX. Passengers can be dropped off at or park right in front of Aero’s “terminal,” which is really just a lounge with modern decor and comfortable seating, soft pop music playing and a counter stocked with complimentary Nespresso coffee, pastries and soft drinks. Passengers are encouraged to arrive no later than 20 minutes before takeoff. 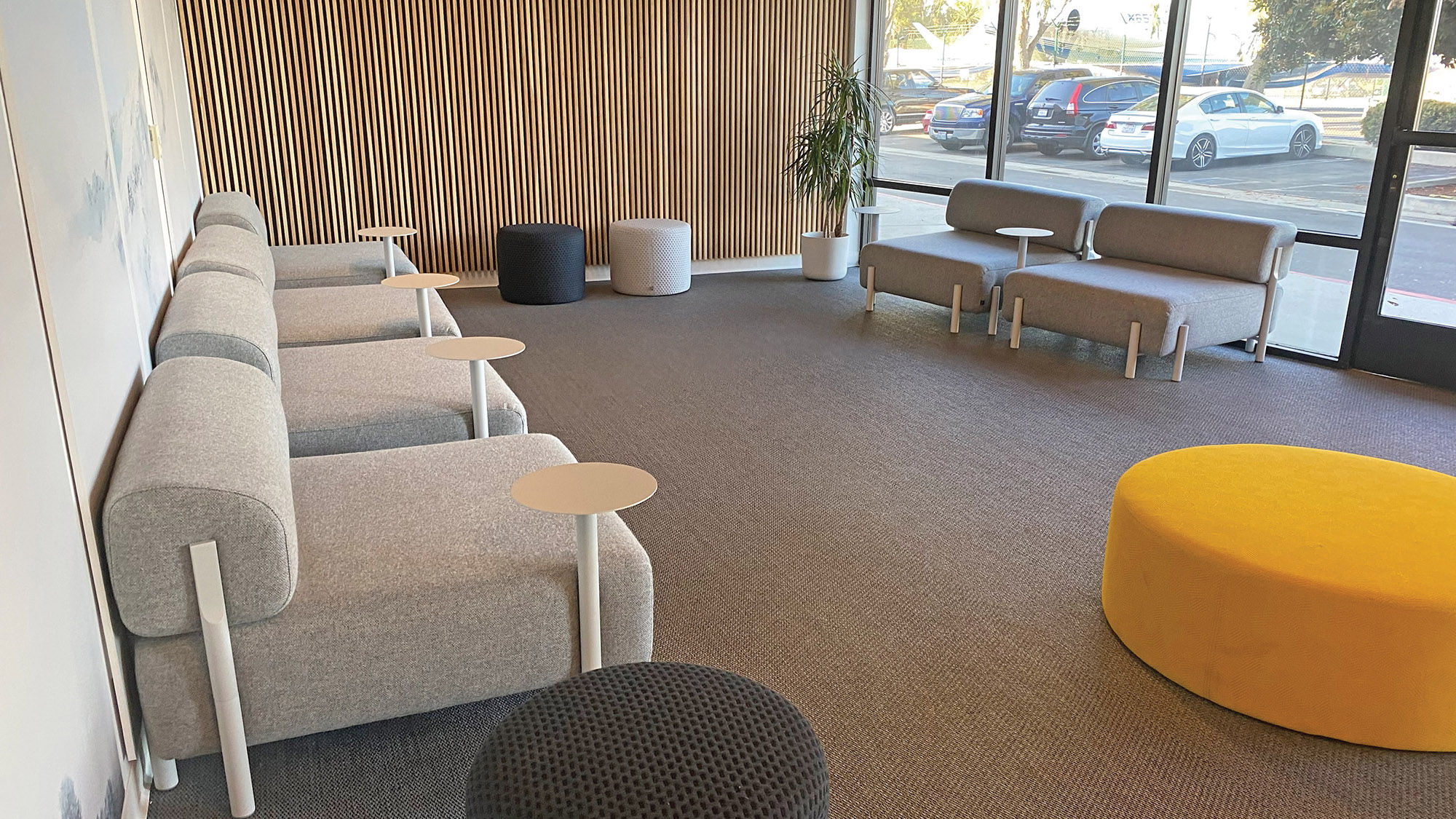 Our luggage was whisked away as soon as we arrived, and check-in consisted of one of the very friendly Aero reps coming over to check my ID and weigh my carry-on with a hand-held scale as I sipped my coffee in a wingback chair.

There was no security line or metal detectors, and when the time came to board, it took less than a minute to walk from the lounge to the airplane — a sleek, black jet with yellow, orange and red accents — and up a short set of airstairs. 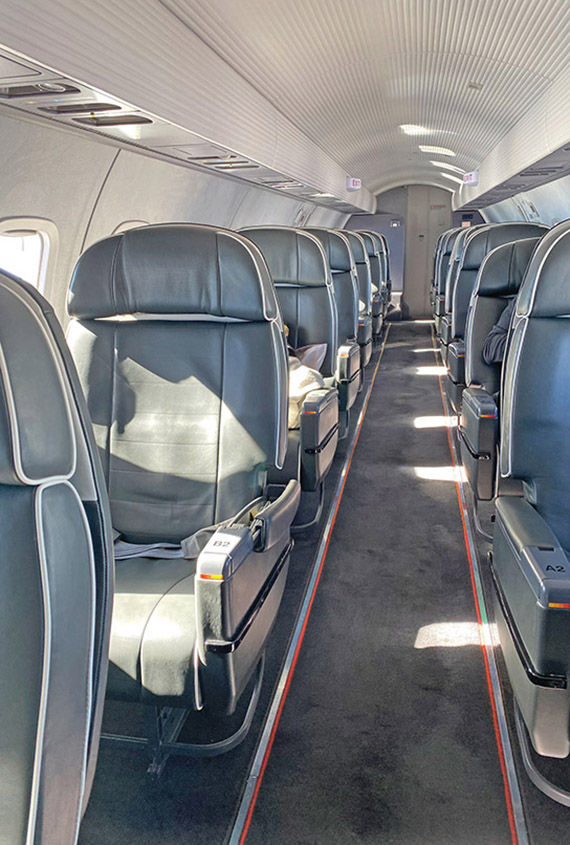 Once onboard, the pilot took the time to let my 8-year-old sit in the cockpit and hold the controls. The 16 seats are about the width of domestic business class, but with only one on each side of the aircraft, there is no stepping past anyone. There is more legroom than anyone would need for a flight under two hours, and the gray leather seats recline to an almost flat position. The small plane felt roomy, in part due to there only being a handful of passengers onboard but also because the seats are spaced nicely.

The planes have no video screens or WiFi, a fact we were notified of while waiting to board, but that was not an issue on such a short flight. As short a flight as it is, Aero offers a full list of wine, beer and spirits as well as coffee, kombucha and a basket of snacks.

The worst things about flying — waiting on lines, congestion, being packed in like sardines — don’t exist on Aero. And naturally, that comes with a price. A one-way seat from Van Nuys to Aspen sells for $1,800. That’s a deal compared to what a private flight would cost but more than a first-class commercial flight. For many, though, the cost difference between a premium commercial seat and Aero would certainly justify the perks of flying semiprivate. 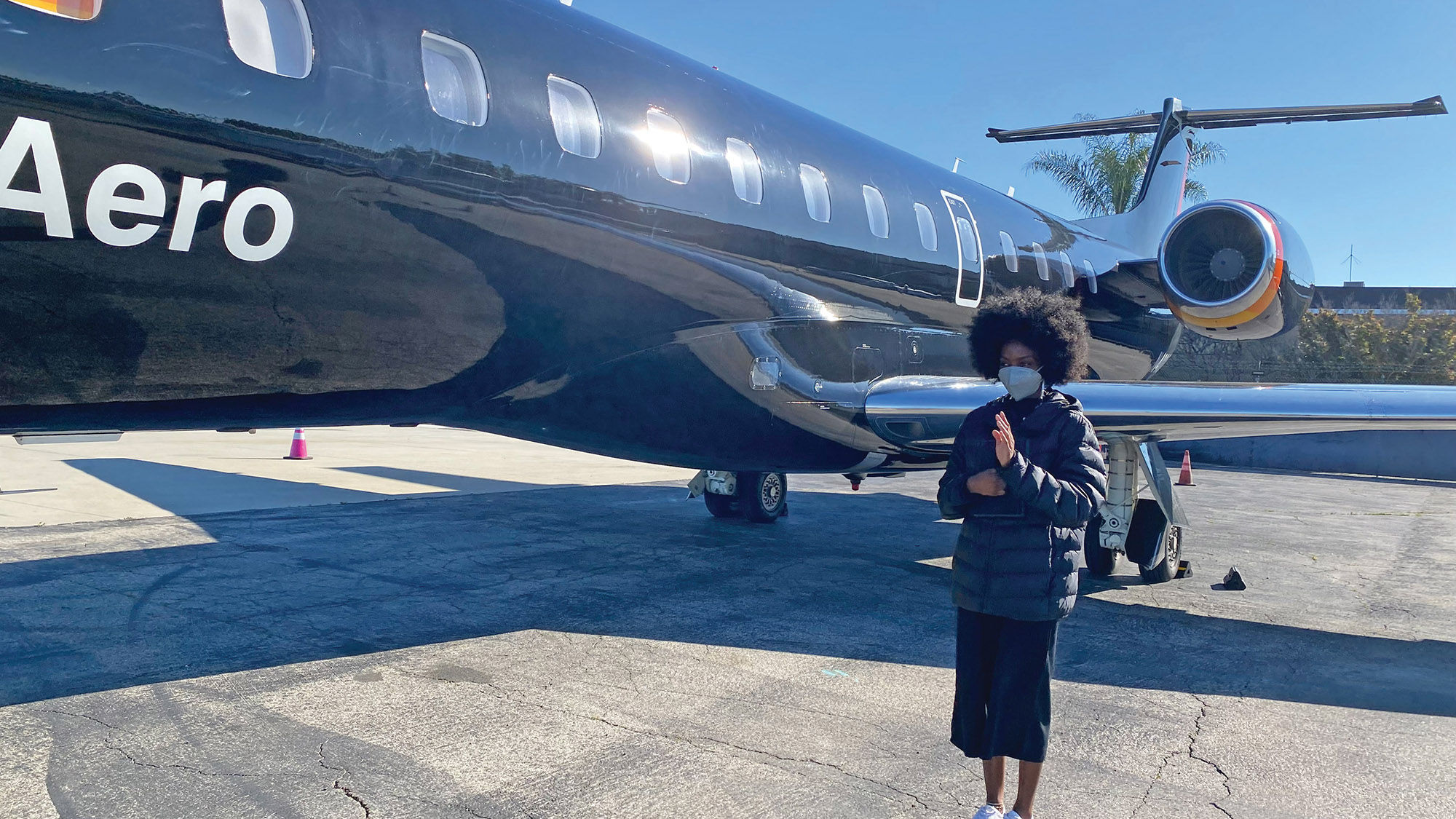 And unlike commercial airlines, Aero reps also aim to be concierges. Upon arrival, they asked if we needed transportation once we got to Aspen, and they also set up local lodging if needed. The company works with local tourism boards, hotels and restaurants, partnering with properties at each destination to offer perks to its passengers. In Aspen, for example, it works with the luxury Hotel Jerome.

After enjoying the beautiful desert-turned-Rockies scenery, we landed at the beginning of a snowstorm. The service in Aspen was just as good as it had been at Van Nuys: When our driver couldn’t find us, an Aero rep got on the phone to explain where we were. And our bags were waiting for us at the small terminal’s door. As fast and as pleasant as Aero was, it almost felt like we hadn’t flown at all.

This Is the Age Kids Should Have to Pay Their Own Costs on Family Vacation, Survey Says