Emirates president Tim Clark will retire in June, ending a
17-year run in which he guided the carrier to its current status as one of the
world’s largest long-haul airlines as well as one of the industry’s most
popular luxury brands. 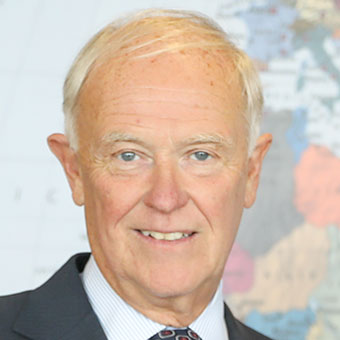 The news was reported Tuesday by United Arab Emirates
newspaper The National. An Emirates spokeswoman told the paper that Emirates
chairman Sheikh Ahmed bin Saeed had informed the carrier’s staff of Clark’s
plan to retire. An Emirates spokesman declined to comment in response to a
Travel Weekly inquiry on Thursday.

Clark joined Emirates upon its founding in 1985 as head of
airline planning and rose to the position of president in 2003.

During his presidency, the carrier grew quickly following a
business model of exclusively flying large widebody aircraft, namely Boeing
777s and Airbus A380s, on long-haul routes. In 2018, Emirates trailed only the
Big 3 U.S. carriers American, Delta and United in terms of the number of miles
flown by passengers, according to The Points Guy.

In the past few years, however, Emirates has slowed growth
precipitously in response to the weakening energy sector, among other factors.
The demise of the A380 program, announced by Airbus this year, has also forced
Clark to recalibrate Emirates’ fleet plan. At the Dubai Airshow in November,
Emirates firmed up plans to diversify into smaller widebodies with the purchase
of 50 Airbus A350s and 30 Boeing 787 Dreamliners.

The carrier continues to enjoy a strong reputation for
passenger service. This year Emirates took fifth in the SkyTrax World Airline
Awards.

Emirates has not yet named a successor to Clark.

One of the Best Rides at Disney Isn't a Ride