Paul Griffiths, CEO of Dubai Airports, said there was an underlying growth in passengers 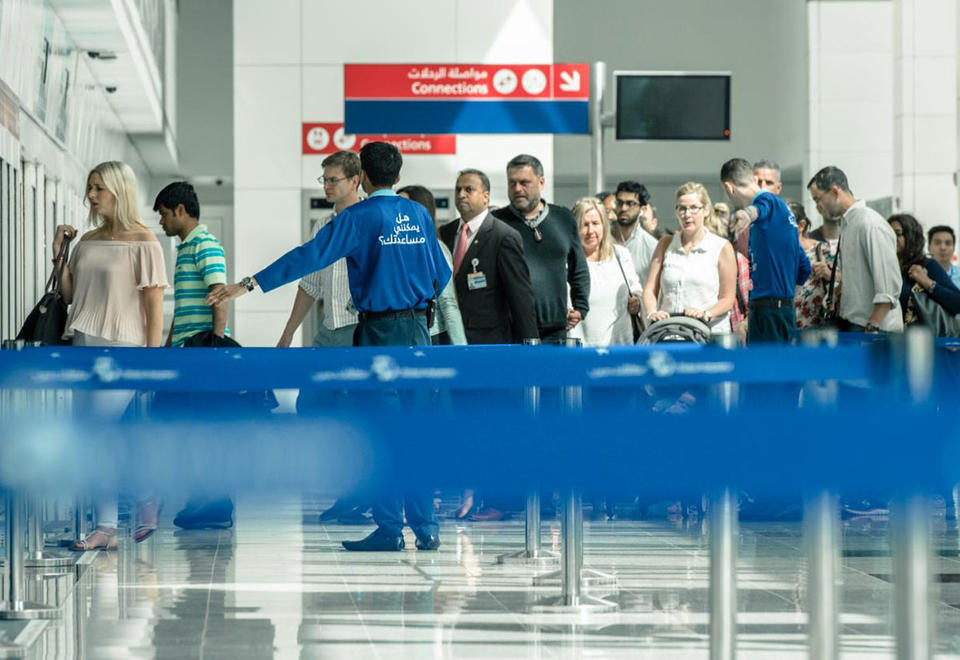 Waiting times were reduced by 15 percent, while 73.1m bags passed through the airport’s 175km long baggage system during 2019, with a record delivery success rate of 99.96 percent.

Dubai International Airport (DXB) posted its first ever annual fall in traffic for 2019, but still retained its position as the world’s number one hub for international passengers for the sixth consecutive year.

Paul Griffiths, CEO of Dubai Airports, blamed the decrease on the temporary runway closure for refurbishment in April, continuing issues with the worldwide grounding of the Boeing 737 Max aircraft and the demise of Jet Airways.

He said: “While customer numbers in 2019 were lower than the preceding year, the impact of the 45-day closure of the runway, the bankruptcy of Jet Airways, as well as the grounding of the Boeing’s 737 Max accounted for an estimated 3.2 million passengers over the course of the year, and indicate underlying growth at DXB.”

In Q4 last year, DXB welcomed 21.9m customers, taking the average monthly passenger numbers at the hub to 7.2m for the year.

DXB handled 97,379 movements during the fourth quarter (down 4.5 percent) bringing the annual flight movements to 373,261 (a drop of 8.6 percent), while the average number of customers per flight increased to 239, up 5.8 percent annually.

India retained its position as the top destination country for DXB by passenger numbers, with traffic for 2019 reaching 11.9m, followed by Saudi Arabia with 6.3m, and the United Kingdom finishing a close third with 6.2m. Other destination countries of note include China (3.6m) and the US (3.2m).

Waiting times were reduced by 15 percent, while 73.1m bags passed through the airport’s 175km long baggage system during 2019, with a record delivery success rate of 99.96 percent.

Revealed: Which countries could open up their tourist industries first – full list