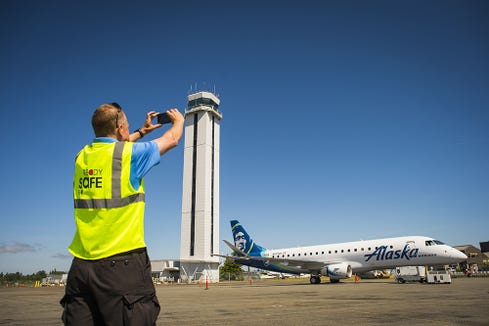 The highly anticipated return of airline service to Paine Field in Everett, Washington, could be knocked off schedule by the ongoing government shutdown.

The airport is expected to rejoin the U.S. aviation map next month with the launch of its first commercial airline flights in decades. Those flights are set to begin on Feb. 11, but a needed approval by the Federal Aviation Administration could be slowed by the shutdown, The Daily Herald of Everett reports.

Gregory Martin, a Federal Aviation Administration spokesman in Washington, D.C., tells the paper that “the partial shutdown could potentially delay” the agency’s approval or disapproval of revised environmental assessment that must be OK’d before airline service can resume at Paine Field.

Approval by the FAA is considered to be a simple formality by most industry observers and airlines have already started selling flights from Everett beginning next month.

Two carriers are set to start up flights there. Alaska Airlines flights are scheduled to begin Feb. 11 with United service expected to launch March 31.

Alaska Airlines told the Daily Herald that it hasn’t seen anything yet to indicate a delay, but acknowledged it could happen if the shutdown impasse continues.

TODAY IN THE SKY:  Behind the scenes at the Boeing’s factory in Everett (story continues below)

Surf’s up: Direct to Durban ·