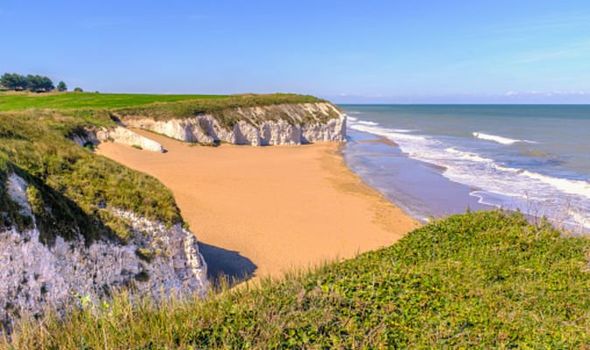 Down on the south coast, in the far-east corner of Kent, the resorts of Broadstairs, Margate and Ramsgate offer fabulous sandy shores with year-round appeal, as well as fascinating history and a funky art scene. Trudi Roche spent 72 hours exploring the Thanet district, with her dad, 77, and children, aged 12 and nine.

We set up camp in a stunning Airbnb (of which there are many) in the pretty resort of Broadstairs. It boasts seven awesome sandy beaches. The three most popular areViking Bay, a huge horseshoe-shaped beach in the centre of town which has children’s rides in the summer, a boardwalk and a row of colourful beach huts.

Botany Bay has its photogenic chalk stacks that the kids loved climbing, and Joss Bay, located half way between Broadstairs and Margate, is the local surf beach and home to the longest established surf school in the area.

Broadstairs was author Charles Dickens’ favourite holiday spot and this year is the 150th anniversary of his death. You can visit Dickens House Museum or try the costumed St Peter’s Village Tours. Not for me I’m afraid, I still haven’t finished Little Dorrit, which I started in 1985 for my A-level English.

As well as an array of independent shops, the place is packed with restaurants, cafes and ice-cream parlours to satisfy your taste buds.

Wander along the beautiful promenade to Victoria Gardens which have sweeping sea views and plenty of benches for resting. The pathway is lovely and smooth for skateboarding too, so the kids inform me. 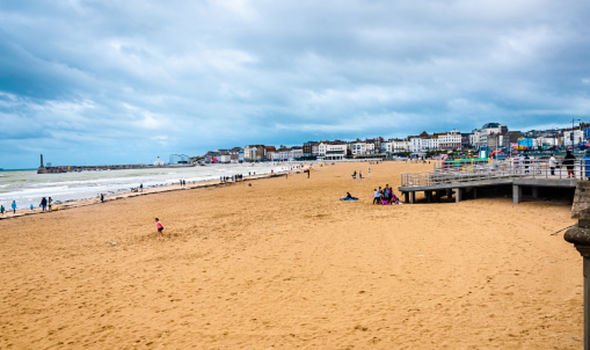 Margate is Broadstairs’ noisier sister, just a 10-minute drive away.

With its kitsch shops and cafes, there’s a really cool vibe here, plus it’s got a huge sandy beach, fish and chips shops, seafood stalls and rides, all with a bit of a modern twist.

We visited the Turner Contemporary art gallery on a particularly windy morning. From here you get a great view of the rolling tides and tempestuous skies that inspired his great works. Inside the eye-catching space, the collections change frequently and it’s small enough that the kids (and my dad) didn’t get bored plus there’s a great gift shop. Margate is also home to Dreamland, a 100-year-old amusement park with vintage rides including the UK’s oldest wooden roller coaster, plus lots of pop-up entertainment, live music, bars and restaurants.

If shopping’s not your bag, you can while away an afternoon exploring the mysterious Shell Grotto, a subterranean passageway where almost all the surface area of the walls and roof is covered in mosaics created entirely of seashells.

There’s also adventure golf, theatres and the old Tudor House, built in 1525, the oldest building in Margate and well worth a visit. The interior is undergoing repairs, but the garden and exterior can still be viewed.

The Margate Caves, originally dug as a chalk quarry in the 17th and 18th centuries, re-opened last year following 15 years of closure, huge investment and restoration of its beautiful chalk carvings and murals.

The historic waterfront of Ramsgate, a 10-minute drive south from Broadstairs, has a cosmopolitan feel. The picturesque marina has the greenest water I’ve ever seen and there are more of those huge, yellow sandy beaches the area is famous for.

It also has plenty of beautiful architecture including the Italianate Glasshouse erected in the grounds of East Cliff Lodge in 1832, as well as Georgian terraces and regency villas.

Ramsgate’s Maritime Museum is worth a visit to see the Ramsgate Meridian and the steam tug Cervia, and Sundowner – which was one of the Dunkirk “little ships”. 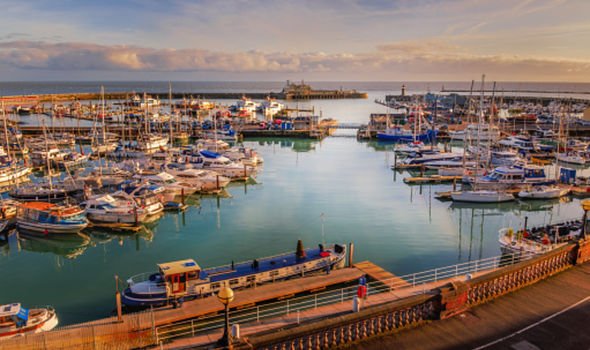 Our absolute favourite afternoon was spent on the underground tour of the Second World War Ramsgate Tunnels. Wearing the hard hats provided, we had a fascinating walk through the two-and-a-half miles of deep shelter tunnels that were built in 1939 to protect inhabitants during the war. By 1940 more than 300 families were living permanently in the underground city. Our guide brought its absorbing history to life and there’s some original household goods in the little museum. You also get a free cup of tea with entry.

One word of warning: it’s not a place for very small children, the toddler on our tour screamed her head off all the way round and you can’t just wander off back to the entrance once you’re in!

Thanet is gorgeous in all seasons, there’s plenty to do to keep the whole family entertained, but you can’t beat a bracing walk on a beach followed by tea and cakes in whichever town you happen to find yourself in…

Cunard celebrates the contribution of women ·