Home » Holiday guides » We’ve got your back: a yoga and pilates weekend in Sussex

I approached the mindful pilates and yoga weekend in the West Sussex countryside with a fair degree of trepidation. I wasn’t even mindful of the difference between pilates and yoga, and then there was the dread of being locked into something I could not do and would have to endure rather than enjoy.

In preparation, my reading on the 90-minute train journey down from London to Arundel was Yoga for the Inflexible Male, by Roy Parvin (AKA Yoga Matt), with its call to “bring me your stiff, your deeply embarrassed, your previously yoga-phobic”. And its promise that if you work through the poses, “you’ll soon discover yoga isn’t so different from weight training, except your body’s the weight and you’re working more on balance, not bulking up”. 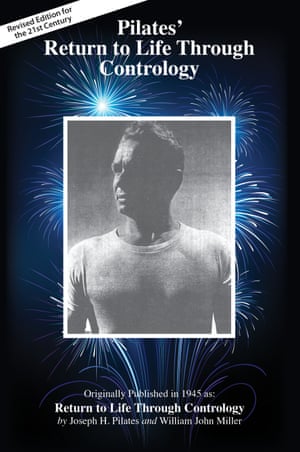 As for pilates, I skimmed through Joseph Pilates’ 1945 book, Return to Life through Contrology, in which the fitness system’s founder debunks the myth that you are only as old as you feel: “If your spine is inflexibly stiff at 30, you are old; if it is completely flexible at 60, you are young.”

I am far closer to 60 than 30, and as flexible as a wizened oak. But pilates offers hope through its original programme of 34 mat exercises that concentrate on core strengthening with simultaneous spinal and limb stretching that is “designed to give you suppleness, natural grace and skill that will be unmistakably reflected in the way you walk, in the way you play, and in the way you work.”

I clearly had my work cut out.

However, when I arrived at Brooklands Barn – a beautifully restored 19th-century compound up a quiet country lane – I began to breathe a little easier. 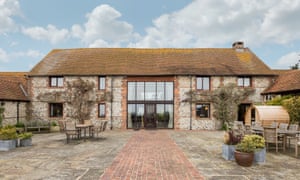 I was met by Julie Bruton and Bex Mclean, two physiotherapists who worked together for five years in the Swiss Alps, treating the sprains and strains of skiers, before setting up the Mindful Physios, to offer weekend pilates and yoga retreats. They were warm and friendly and quickly allayed my fears, reassuring me that the course was suitable for all comers. From the kitchen came a waft of wellbeing as chef Katrina Whittaker baked banana and almond slices, and got a pumpkin and black-eyed bean curry on the go.

Julie and Bex explained that the idea of the detox pilates and yoga retreat is to give your body and mind the space and time to recuperate away from all the interruptions of the daily grind. That’s the mindful part. The detox bit – no alcohol or meat – was a no brainer after the onslaught of Christmas. But the thing that appealed to me most was the physio-led aspect of the course. I readily admit to falling into the old-school camp that Yoga Matt describes as the “previously yoga-phobic”, and was reassured that I was in the hands of trained therapists who could tailor an exercise programme around any ailments and guide me through it safely.

To that end, participants are asked to complete a health questionnaire ahead of arrival. Then, before you start the weekend’s course, they conduct a physical assessment to identify any problems.

I cycle regularly, and I spend a lot of time sitting at a desk, so my lower back often feels stiff and in need of a stretch. Julie diagnosed tight quad muscles and recommended posterior pelvic tilts and hip flexor stretches. The hip flexor stretches sounded familiar. But the pelvic tilts, where I had to “think about lengthening my tailbone and drawing my pubic bone up to my belly button”, initially struck me as gynaecological. 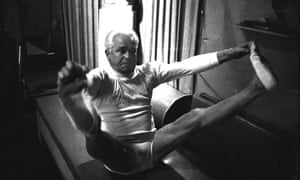 So I went for a swim in the pool in one of the adjoining barns and a sweat in the barrel sauna in the courtyard, before practising my pelvic tilts in privacy. “Bring me your deeply embarrassed” indeed.

What was striking was how quickly our group of 13 fell into the rhythm of the weekend and visibly appeared to slow down and relax. On arrival, we were like hummingbirds, keen to dip into the pool, check out the sauna, riffle the bookshelves, walk in the gardens – anything to divert our attention and keep ourselves occupied. But as time drew on, we stopped looking beyond what was in front of us. As Joseph Pilates stated in Return to Life, “The acquirement and enjoyment of physical well-being, mental calm and spiritual peace are priceless.”

What was also priceless was how much you can cram in when you don’t have to worry about chores. The day started with a morning mobility session of stretches before breakfast, then a walk in the Downs or by the river before an hour’s pilates class. After lunch, there was an hour’s yoga, followed by a talk on mindful breathing or a healthy eating workshop. Then came dinner, and a meditation and relaxation session before bed.

So much for mental calm. As for physical wellbeing, I enjoyed the pilates. The daily opening exercise sounded simple. Rolling out our spines, vertebra by vertebra, we hinged at the hip and reached down towards the floor. We were told to bend our knees as much as needed and to come down only as far as our ankles or shins if necessary. I managed to grasp my lower shins with my knees bent. A quick inventory of the group showed that the majority of my classmates could touch the mat with ease without the need to bend their knees. But a glance beyond my left arm revealed that the only other man in our group was similarly blocked and unsupple. We smiled at each other in recognition that we were more lumber than limber. And that was OK – at no point in any of the exercises were we forced into painful contortions. The guiding mantra was to keep the pelvis in a neutral position, engage the core, elongate the spine and do only what was comfortable.

Yoga was an entirely different beast. Though my trunk may be stiff, my tree pose lacks poise and attempting to balance on one leg had me wobbling like a sappling in a storm. Windshield wipers I could do, chair pose I found comfortable, and I enjoyed being downward like a dog. But the warrior II pose was a stretch too far, and maintaining horizontal arms felt like torture. Again, we were encouraged to resist going into the red and pushing into pain. Positive reinforcement and some help with alignment were always close at hand. 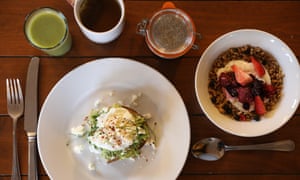 “Proper diet and sufficient sleep must supplement exercise in our quest for physical fitness,” Pilates said. If we were exerting ourselves on the mats, Katrina was putting in a huge shift in the kitchen, cooking up some of the most inventive and delicious vegetarian dishes: cauliflower, pomegranate and pistachio salad, roasted fennel and lentils, beetroot and pearl barley risotto, poached pears with yoghurt and stem ginger, chocolate and avocado mousse.

Sleeping was never an issue, especially after second helpings of dinner, followed by a relaxation and meditation session. One valuable lesson I learned in calming the mind and not being led down a warren of random and unwanted thoughts, was the “noting technique”, whereby you notice a thought but instead of following it, simply let it go on the out breath.

In our first meditation session, we’d been asked to write down our goal for the weekend. I wrote: “I am flexible.” And while I may not be as supple as I would ideally like, I do feel I came away from the weekend more flexible than when I arrived, both physically and mentally.

This was confirmed on our last morning, which saw us on all fours, raising one leg like a dog having a pee. Our final mediation session ended with the affirmation: “It’s OK to be as I am in this moment.”

• The next Mindful Physios retreats are in Forres, Scotland, 17-19 April, and in the Cotswolds, 24-26 July. Prices start from £599pp in a shared en suite room or £699pp in a private room, including all classes and two nights’ full board. Optional extras include massage, beauty treatments and acupuncture

Hungry herons and the great otter comeback: the wildlife of canals

Ariana's Persian Kitchen to open at The Royal Atlantis Resort ·