An underpopulated region in southern Italy is offering newcomers €700 per month for three years to live in one of its villages.

There are a few catches, however: the village must have fewer than 2,000 residents, and the newcomer must pledge to open a business.

“If we had offered funding, it would have been yet another charity gesture,” Donato Toma, the president of Molise, told the Guardian. “We wanted to do more; we wanted people to invest here. They can open any sort of activity: a bread shop, a stationery shop, a restaurant, anything. It’s a way to breathe life into our towns while also increasing the population.”

Which cities have the oldest residents?

Toma also announced that each town with fewer than 2,000 inhabitants would receive €10,000 (£9,000) per month with which it would build infrastructure and promote cultural activities.

“It’s not just a matter of increasing the population. People also need infrastructure and a reason to stay, otherwise we’ll end up back where we started in a few years,” he said.

According to the Italian National Institute of Statistics (Istat), Molise, with a population of 305,000, is among the regions that has lost more inhabitants in recent years – in excess of 9,000 have left since 2014. 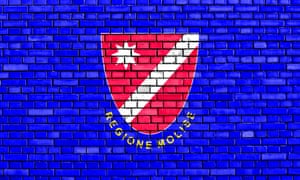 In 2018, more than 2,800 inhabitants died or moved to another area, almost 1,000 more than the previous year. Not a single birth was registered in nine of its towns.

For the first time in 90 years, the number of Italian citizens living in Italy has fallen to about 55 million, according to Istat.

In 2014-18 the number of Italian citizens resident in the country fell by 677,000. Two factors are behind the decline, according to experts: a decrease in births, which is at an all-time low since the unification of Italy, and an increase in the migration of young people to other European countries in search of job opportunities. Nearly 157,000 people left the country in 2018, Istat said.

Italy is the only major European economy whose population is expected to decline further in the next five years, the UN has said. It ranks second – behind Japan – as the country with the greatest proportion of older people, with an estimated 168.7 over-65s for every 100 young people.

In an attempt to resuscitate these towns, several mayors, such as the one in Sutera, in the province of Caltanissetta in Sicily, have opened the doors of their vacant homes to asylum seekers who have crossed the Mediterranean from Libya.

Others, such as Sambuca, which are determined do anything it takes to survive, have adopted a strategy that has become fashionable in the south: sell, or practically give away, abandoned homes to anyone willing to move in. The symbolic price of a house is just €1.