At the north-western tip of Scotland, cut off from the mainland by a tidal inlet that can be treacherous to cross, is a single-track road that winds for 11 miles through desolate moorland to a squat Victorian lighthouse at the edge of Cape Wrath. The road has barely been touched since it was first built in 1826 to bring in the materials to build the lighthouse. It would otherwise have gone unnoticed were it not for an adventurous bike enthusiast who founded one of Britain’s oldest ongoing cycling challenges here in 1949.

The Cape Wrath Fellowship was started by Rex Coley, a cycling journalist who wrote under the pseudonym “Ragged Staff’ – in honour of the crest of his native Warwickshire. Rex wrote for a magazine called Cycling (the predecessor to Cycling Weekly) and edited The Bicycle at a time when, like now, cycling was enjoying a period of widespread popularity. According to cycling historian Sheila Hanlon: “When safety bicycles became more affordable after the turn of the [20th] century, touring the countryside served as a means of escape from the polluted city air and stress of modern life for working-class men and women.” Club rides saw hundreds of cyclists take to the roads to enjoy “the socially transformative power of an open-air experience in the countryside”. 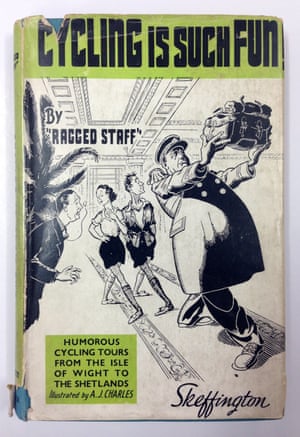 However, Coley felt that the cycling clubs were dulling the derring-do of life behind handlebars. He wanted to rekindle that sense of freedom and adventure, and often spoke of a ride he had taken in 1946 in remote Cape Wrath as an example. “He tells the story of how he arrives at the ferry [at East Keoldale] almost by accident,” says Hanlon. “He flags down the ferryman with a handkerchief. He jumps off the row boat with his bicycle and gets dropped off at the pier at the west side of the Kyle of Durness … then doing this amazing solo ride to get to the lighthouse, and, of course, riding back.”

Coley decided to set the ride as the Cape Wrath challenge in 1949, with a simple set of rules: cycle to the lighthouse, get the signature of the lighthouse keeper, send it in, and you would enter into an illustrious fellowship of true adventurers. 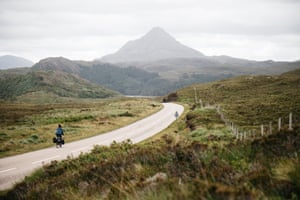 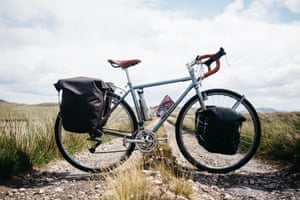 By 1965, more than 600 people had written to Coley with stories of hard-won success, or failed crossings and untimely punctures. Each successful participant would receive a certificate and admission into the fellowship.

As Hanlon puts it: “The Cape Wrath Fellowship was about individuality, personal challenge, escape, and building character against an unforgiving backdrop of rugged natural beauty. It was about self-understanding and self-reliance. The ride to the Cape Wrath lighthouse may have been difficult, but it was also joyous.” 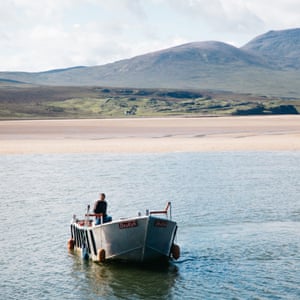 In 2018, a year before the Fellowship’s 70th anniversary, my girlfriend Harriet and I found ourselves standing on that same wind-battered jetty at East Keoldale, watching the small ferry make its way across the water. The Visit Cape Wrath website sets the scene matter-of-factly: “Its remote location and difficult and challenging terrain, combined with weather conditions which can be extremely fierce, make an excellent environment to test someone’s ability to survive.”

With mounting excitement, we clambered on to a ferry only modestly upgraded from the rowing boat of Coley’s day – the Beulah, a small boat with an outboard motor. Malcolm, only the fourth ferryman in the ferry’s history, took us over the Kyle of Durness, which remains a stubbornly fearsome obstacle to admission into the fellowship. A few months earlier, persistently strong winds had forced us to abandon at this very spot and cycle the 55 miles south to Lairg train station. It is possible to reach the trail by heading north from Sandwood Bay, but we didn’t fancy this challenging “hike-a-bike” through difficult terrain. 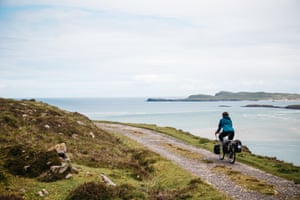 The road to the lighthouse is deeply rutted and winds above white sandy bays, over stone causeways and through wild moorland, parts of which are designated a Site of Special Scientific Interest. In addition, much of the moorland known as the Parph is used as a testing range for military exercises. Yellow and black chequered pillboxes dot the roadside with stark warnings: “Do not touch any military debris, it may explode and kill you.” 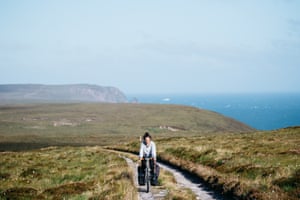 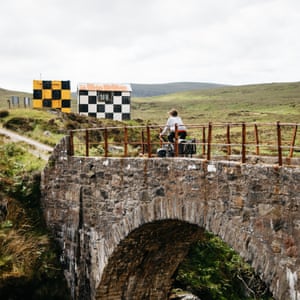 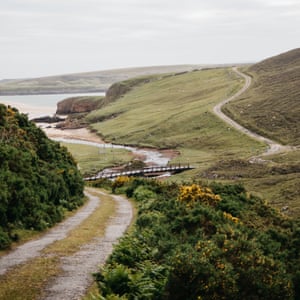 We passed through an uninhabited settlement at Achiemore, including a school that had up to 10 pupils in the 1930s. Now the only full-time residents on this side of the Cape are the family who operate the Ozone cafe and bunkhouse out of the lighthouse. Completed in 1829, the lighthouse, like many around the UK, was built by Robert Stevenson, grandfather of author Robert Louis Stevenson. It is an astonishing piece of engineering; built to weather fierce winds on this exposed headland, its 20-metre-high whitewashed walls jut into the sky from the highest sea cliffs on the UK mainland at Clò Mòr.

Glynn Davies, writing in the Cycle Touring Gazette in May 1965, said of the Cape: “I pondered on the title given to this spot, which at the moment was pleasant, quiet and calm. To the Norseman who had called it “Wrath”, the name meant simply “turning point” – but I was fully prepared to believe that it could, in other conditions, equally merit the English meaning of the word.” Coley described it in different conditions: “It can be said that a cyclist gazing out to a turbulent ocean (fog permitting!), with rain and gales hovering, knowing that the nearest proper road is a dozen miles away and the closest railway station 70 miles, can feel very remote indeed!” 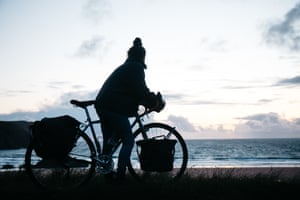 We turned around, safe in the knowledge we had reached the point where the land runs out, and spent the night in Kearvaig Bothy, maintained by the Mountain Bothies Association. That evening we scanned the cliffs for puffins, Arctic skua, white-tailed eagles and sea eagles that nest and breed in the area. 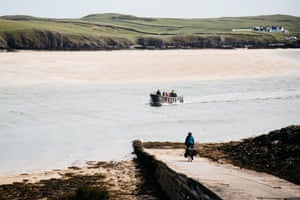 Following Coley’s death in 1985, the fellowship passed into the care of Peter Knottley – a member of the Cyclists Touring Club, the forebear of the Cycling UK charity who have cared for the Cape Wrath Fellowship since 1992. Sam Jones, the current custodian, says: “The ferryman said that every day when the ferry is running he would be taking cyclists over – a couple a day … we estimate that we have about 2,000 on the roll of honour – but many names have been lost through time, office moves and the changing of keepers. If you’ve travelled to Cape Wrath by bike, we would love to hear from you.”

In a challenging postwar landscape, Coley produced “a fantastic gift to the British cycling public, and the world,” according to Jones. “It is one of those quirks of British cycling history, and that makes it so interesting.” He adds: “Looking at the situation we are in at the moment, you don’t need to travel to the Himalayas or to far-flung parts of the world to have a cracking adventure. You can do it in the UK; we’ve got it here and now’s the time to be exploring our own backyard.” 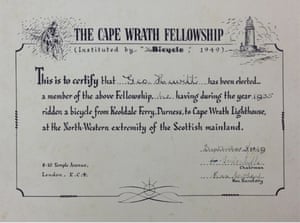 • If you have cycled to Cape Wrath Lighthouse, click here to join the fellowship. All successful applicants will be issued with a certificate free of charge, and in the coming weeks a patch will be available. A selfie at the lighthouse will be considered sufficient proof of your daring and guile. When travel returns, check the Visit Cape Wrath website for information on military firing times and ferry crossings. Please note that due to unpredictable winds and tides, it is not possible to book in advance – and crossing times are decided by the (very accommodating) ferryman on the day.

‘Ancient Dynasties & World Wonders’ to be explored on Crystal Cruises ·

Could the UAE, Bahrain be back on the UK's safe travel list soon?

Yes, You Can Really Take a Cruise Entirely Dedicated to Chocolate