And now for some good news … rail operators across Europe are responding to a growing interest in travel by train with the launch of a number of new services. Particularly exciting for fans of sleeper trains is the launch of several new overnight services, in a welcome reversal of a recent trend among operators to drop night trains.

The switchover to new 2020 timetables takes place in the early hours of Sunday 15 December (though not all services will start on that exact date: some only start in the new year or spring 2020).

Previous years have seen the launch of new European high-speed lines, such as the new fast links from Paris to Strasbourg and Bordeaux, and a bold new high-speed line through the hill country of Thuringia, bringing travel time from Berlin to Munich down to four hours.

The are no route openings for 2020 but the new timetables demonstrate how European rail operators are developing new services to make optimal use of existing infrastructure. Notable among them is Österreichische Bundesbahnen (OBB), Austria’s main rail operator, which is expanding its network of daytime trains (branded Railjet or Eurocity) and overnight trains (Nightjet). In doing so, it establishes Vienna as the best-connected city by rail in Europe in 2020. Only Moscow comes close in having connections to so many other European capitals. 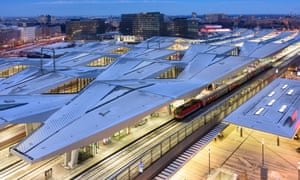 15 hours
Launches 20 January 2020
In the last few years many European sleeper trains have been phased out, so OBB’s launch of new overnight services is a welcome introduction. In 2019, the company started to offer new overnight services between many cities across Europe – all served by comfortable sleeping cars, many with optional en suite facilities. New services included overnight links from Berlin to cities in Poland, Austria, Slovakia and Hungary. Now the spotlight is on Belgium, with direct twice-weekly night trains from Brussels to Vienna, Munich and Innsbruck.

By the end of 2020, these new services will be running every night, which is great news for UK passengers looking to connect with Europe’s night train network on the Eurostar via Brussels. The new services make it easier to reach Tirolean resorts and cities such as Vienna and Budapest by train. It will be possible to leave London after lunch and, with just two changes of train (Brussels and Vienna), be in Romania or Serbia by the following afternoon.

Other new night trains on the horizon for later in 2020 include direct services from Amsterdam to Bavaria, the Austrian Tirol and Vienna. 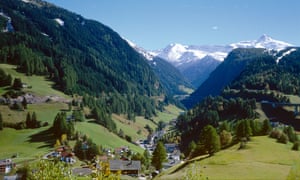 7 hours
Launches 15 December
OBB is also expanding its daytime services, with a new daily Railjet service from Vienna via Salzburg and Innsbruck to Bolzano, capital of the largely German-speaking Südtirol region of Italy, an area with strong eco-credentials where visitors are encouraged to explore by public transport. This will be the first time OBB’s smart, red Railjet trains have run on regular scheduled services over the Brenner Pass into Italy. The company’s twice-daily services from Vienna to Venice via the classic Semmering route through the Alps have been a big success, so the launch of comfortable Railjets over the mountainous Brenner line looks set to be a winner.

11 hours
Launches 4 May
Early May will see the launch of a new daily Railjet train from Graz, Austria’s arty second city, via Vienna and Prague, to Dresden and Berlin. This will be the first time that scheduled Railjet stock has run regularly into eastern Germany, with the reinstatement of direct trains between Saxony and Austria. This new train is in addition to the two Berlin to Vienna trains introduced in 2018, both of which take quite different routes from the Railjet: the night train running via Wrocław and Ostrava, and the daytime service via Erfurt and Regensburg. 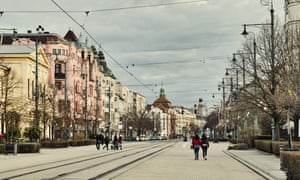 9 hours
Launches 15 December
The number of direct daily trains from Vienna to Debrecen in eastern Hungary will be increased with a second daily Eurocity service. The new train will leave Vienna at 10.42 each morning (complementing the existing late-afternoon departure) and continue beyond Debrecen to Satu Mare in northern Romania. This is the gateway to the forested Maramureș region, famed for its wooden churches and ancient traditions. This new service is branded Eurocity by ÖBB, and it’s one of a number of new launches this month. Another adventurous new service is a daily train from Graz to Przemyśl, gateway to the south-eastern Carpathian region of Poland. The last stop before the border with Ukraine, from Przemyśl there are onward services to Lviv, Kyiv and many other Ukrainian cities.

Not all the rail action is with ÖBB. Here are three examples of other new services that start this month 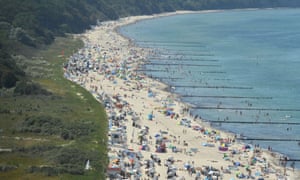 4 hours
Launches 15 December
For years, there have been few fast train services in Germany between Saxony, in the east, and the Baltic coast. That changes with the launch of a new direct Deutsche Bahn (DB) Inter-City (IC) service from Dresden via Berlin to Rostock. The route will be served by four or five trains in each direction from 15 December, increasing to eight in March 2020. In May next year, the route will be extended north from Rostock to the coastal resort of Warnemünde. 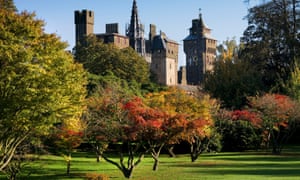 Various times and dates
In the UK, the most notable timetable change is a major revamp of schedules out of London Paddington on the main Great Western Railway route to Bristol, south-west England and Wales. Highlights include regular sub-two-hour timings from London to Cardiff. The fastest trains will dash to the Welsh capital in 102 minutes, making just two stops (Bristol Parkway and Newport). The new headline timing from London to Bristol Parkway will be just 68 minutes.

Hamburg to Copenhagen via Odense 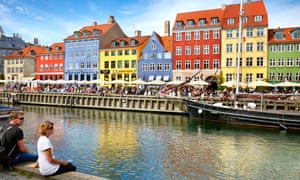 4 hours
Launches 15 December
This isn’t a new route, but from mid-December trains will no longer be routed via the rail-ferry link from Puttgarden (Germany) to Rødby (Denmark). Instead, these Eurocity trains, run by Danish national operator DSB, will go via the Jutland route, and Odense, to reach the Danish capital. It’ll be 18 minutes faster but won’t quite have the romance of the entire train shipped onto a ferry to Denmark.

This is an extract from Hidden Europe magazine.

Nicky Gardner is co-author of Europe by Rail: The Definitive Guide. The 16th edition of the book was published last month. To order a copy for £14.95 visit the Guardian bookshop

The catch of the day, sensational seafood Saturdays at Parkroyal Parramatta ·

Airbus is ready for pilotless jets – are you?