London has been named the most vegan-friendly city in the world for the second year running by online vegan restaurant guide Happy Cow. Berlin, New York and Los Angeles also rank high in the 2019 list – with Bangkok in the top 10 for the first time.

Home to 125 vegan restaurants – including eateries serving plant-based takes on fried chicken, sushi and pizza – London’s meat-free scene has gone mainstream in recent years. In 2017 it was the first city on the Happy Cow list to reach 100 completely vegan restaurants – perhaps not surprising for a city with its own vegan hair salon.

“Veganism continues to become a mainstream lifestyle in London and this city takes veganism to a new level,” said Ken Spector, co-author of the Happy Cow list.

Some of Happy Cow’s favourites include PickyWops, Purezza and Death By Pizza – all examples of the city’s flourishing vegan pizza scene. It also references the world’s first vegan chicken shop, The Temple of Seitan, Japanese food at Itadakizen, and Caribbean-inspired cuisine at Rogue Vegan. 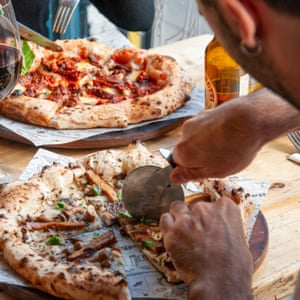 As well as its restaurants, Happy Cow also recommends London for its abundance of vegan-friendly stalls, bakeries, cafes and smoothie bars – and the UK’s first plant-based cheese shop, La Fauxmagerie. Non-food favourites include shops such as clothing brand The Third Estate and hair salon The Rabbit Hole Vegan Hair Parlour.

According to The Vegan Society, the number of vegans in the UK quadrupled between 2014 and 2019 to 600,000. At the current growth rate, it predicts vegans and vegetarians will make up a quarter of the population by 2025, and flexitarians just under half.

“Of all our 20 years, this past year has seen the most dramatic growth in vegan interest,” said Eric Brent, CEO and founder of Happy Cow.

The 5 Most Luxurious New Hotels in Corfu

Cabin crew secrets: Flight attendant reveals how you can spot a secret emergency on board

Best seats on the Harbour this New Year's Eve ·