‘It’s everything. Tourism feeds me and my daughter. It lets me give jobs to 22 people. It goes into the whole community,” says Naima Montejo, owner of Surf Meds Caribe, the only female-run surf school on Costa Rica’s Caribbean coast.

“We’ve been planting, growing food, trying to come back to our roots,” she says. “There’s not much money, so we’ve been trading. Some trees or seeds, some yucca or plantain. We switch. People are getting together, being creative. What we can do is help each other.”

Montejo lives in Puerto Viejo de Talamanca, a coastal town known for surf, three-toed sloths and an eight-mile stretch of jungle-edged sandy beach (now behind police tape). With a tropical climate and jubilant mix of Tico, African-Caribbean, indigenous and nearly 70 more nationalities, it touts pared-back beach life and an offbeat Caribbean vibe: languid yet lively. Much of the region is nature reserve. Most of its residents remember a time when the only route to town was the beach and, like a lot of the country, tourism is its lifeforce.

Puerto Viejo has been “shut” since 16 March, when Costa Rica declared a state of emergency, and then closed borders, businesses and beaches in quick succession. The country’s mantra, main greeting and answer to all questions, pura vida (literally, pure life), was traded for quédate en casa (stay at home). 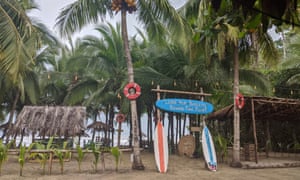 With the exception of a local ley seca (dry law) banning booze sales – quietly dropped in April – the general view is that the swift, strict response worked. With its hotels and rental homes shuttered and driving access restricted, remote Puerto Viejo has no registered cases (or hospitals).

But running a surf school when the beach is behind police tape, you have no students and strict social distancing is in place “has been hard on all of us,” says Montejo, whose team are all ardent pro-level surfers “usually more in the water than out”.

With lessons off, Montejo has got back into landscaping and garden design, and her work as a jeweller. Making ends meet “takes a lot more energy,” she says, “but the only thing that really worries me is the guys: a lot of them live from teaching.”

Tourism and local livelihoods are inextricable. “It’s 99.5% of our economy. Other regions have plantations, commerce, ports; we have tourism,” says Roger Sans, who had the dubious honour of becoming president of the Cámara de Turismo y Comercio Caribe Sur a week before the borders closed. After launching a quédate-en-casa campaign, his second act was to open a food bank. It has delivered food parcels to more than 1,000 families. 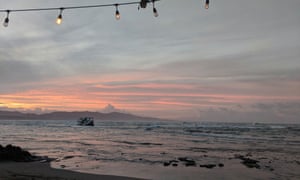 The World Tourism Organization estimates the Covid-19 crisis could cut international tourist arrivals (around the world) by up to 80% compared with 2019, threatening more than 100 million jobs in the process. In Costa Rica, more money is made in foreign exchange through tourism than via exports such as coffee, bananas, pineapples and pharmaceuticals combined. Official figures, from 2016, documented just over 210,000 people (then 8.8% of the population) working in tourism.

The government is paying out a monthly unemployment “bonus”, but only to those “officially” employed before the crisis. Which leaves out the casual workers, from fishermen to bike rental people, who usually cater to the 400,000 international visitors Costa Rica’s Caribbean area sees every year. Many of this number, plus thousands more Costa Ricans, come especially for Semana Santa, Easter week. Last year, hostel Selina, in Puerto Viejo, sold 1,045 beds between 14 and 20 April.

“I’d never seen anything like it,” says Matías Llaituqueo, who runs Spanish language classes , as well as managing a local hotel and several Airbnb properties. He moved to Puerto Viejo from Argentina 13 years ago. “Semana Santa is incredible here: the people, the traffic, it’s so busy. But this year, nothing. No people on the street: like a ghost town.” 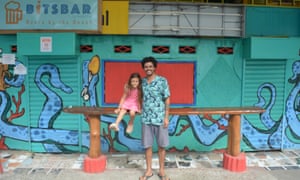 The tourist exodus left established expats and a smattering of travellers, including several escapees from Panama’s locked-down Tribal Gathering festival. Some are pleased to wait out the pandemic jungle-side; others are concerned about the start of dengue season and the flesh-eating papalomoyo parasite (fun to say, terrible to have).

Of the unafflicted expats, many are following the worldwide upskilling trend. Llaituqueo’s Spanish classes have, if anything, increased: “People want to use their time well,” he says. “They can’t move, they can’t travel, they can’t go to the beach – so they decide to learn.”

The staff at Aguas Claras hotel are also learning: “Our chef is helping out the gardeners, our receptionist is painting chairs, and our manager is helping set up jungle night-lights,” says co-owner Elena Rohrmoser. “And we’re all delivering groceries for the families of the schoolchildren in [the nearby village of] Manzanillo. You can’t keep everyone hanging on not doing anything.”

Rohrmoser and her mother – both originally from the capital, San José – opened the hotel a year and a half ago. They’re now facing relative inaction until the end of the year. “It had just started happening,” Rohrmoser says. “It’s heartbreaking, to give opportunities to so many people and now try to maintain things, keep jobs and keep a sense of perspective.”

This week, Costa Rica’s boutique hotels, restaurants and national parks have reopened at limited capacity, while the beach is accessible from 5am-8am. But the impact has already been felt. Shevonne Newton set up Puerto Viejo Esenciales to supplement official food banks with necessities such as cooking gas and pet food, but found the need for food was far more urgent.

“We’re getting dozens of calls a day, from all over,” says Newton, who says there are approximately 7,000 people in Talamanca who need food right now. Already 20% of Costa Rica’s population falls below the national poverty level.

“This has just made it more extreme,” she says. “Locals were already struggling. Now they definitely don’t have their gardening or their cooking positions. Without tourism the businesses just go under.” 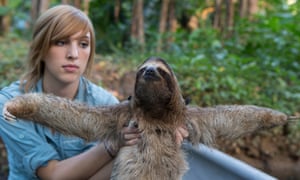 The impact may go beyond people and harm the environment, too. “You can’t ask people to prioritise conservation when they’re struggling to eat,” says Becky Cliffe, who runs the Sloth Conservation Foundation in Puerto Viejo and holds a PhD in sloth behaviour. Fewer visitors means fewer cars, and fewer tourists harassing the town’s sloth residents, she says. But on the other hand, the crisis can “mean the exploitation of nature: hunting, cutting down trees for wood – and lost income for the rescue centres”.

Nature guide Abel Bustamante agrees: “Many conservation programmes are closed because there are no volunteers. We go to the beach first thing to stop people taking turtle eggs and selling or eating them. Sadly, they mean money or food, and you don’t think about sustainability when you need to eat.” 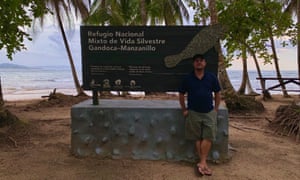 The community is using the time to preserve its cherished pura vida, with landlocked surfers reforesting the beachside areas affected by erosion: “We used to come out of the water, grab some mango, eat right there and go back to surf – but these trees have disappeared,” says Montejo. “Tourism picked up really quickly here. Hopefully, after this we can manage it more respectfully.”

There’s a lot to work out for Montejo’s team: from how to run a biosecure hotel to how to teach surfing in a world of social distancing. But for now, she’ll join the town’s surfers, swimmers, dog-walkers and fishermen for the sanctioned 5am-8am migration into Puerto Viejo’s indomitable ocean swell. Pura vida.

Kelly Clarkson Wants to Go on a Cruise With You