‘We drown in otters here,” said ranger Amie Dow as she showed me around the tiny off-grid coastal community of Inverie, on north-west Scotland’s remote Knoydart peninsula. That would totally be my kind of death. Sadly though, not a single otter showed its furry face, so I had to content myself with a tour of the picturesque village – some of whose houses residents built themselves – and the soul-easing community woodland around it. I remarked at the wonderful self-sufficiency of the villagers.

“We’ve got a saying here,” Amie added with a smile. “Nobody’s going to save you on Knoydart.”

My trip to Inverie was just one of a host of mini-adventures I enjoyed thanks to a Highland Rover rail ticket. It allowed me unlimited travel on any four days in eight on the West Highland line from Glasgow to Oban, Fort William and Mallaig; and on all lines between Aberdeen, Aviemore, Kyle of Lochalsh and Wick/Thurso in the far north. Since these two areas don’t actually join up, the pass is also valid on buses between Fort William and Inverness; and it gives discounts or free trips on some ferries, too. 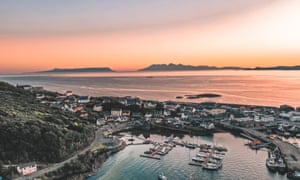 After much consultation of timetables, I settled on an ambitious schedule. Setting off from Glasgow, I’d take in Mallaig, Inverie, Kyle of Lochalsh, Thurso, Stromness, Kirkwall, Aberdeen and Inverness. My grand tour would involve 17 hours of rail travel, two bus rides and four ferry crossings, including Northlink’s overnighter from Orkney to Aberdeen, on which I sampled a brand new “sleeping pod” – a large reclining seat that was just about comfy enough to live up to its name.

I didn’t have to wait long after leaving Glasgow to see the first hills slide into view as the afternoon sun burnished woods dressed in their finest cloaks of gold, copper and bronze. As we rattled into the mountains, it was soothing to be fleeing further and further away from anywhere where news happens.

The next morning, I struck out for Inverie. As there’s no road there, I took the small ferry from Mallaig.

“I saw some bottlenose dolphins in the harbour yesterday,” Tony the skipper told me, his only passenger, as we sped around the coast. 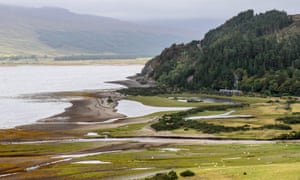 For such an isolated community, it’s remarkable how much they’ve got going on. Though the village pub had closed for the winter, I could still partake of some vegetable tempura and butternut squash curry at The Lookout bistro and pop next door to a micro-brewery in a converted chapel. Sam and Matt’s Knoydart Brewery opened just over a year ago and has already sold some 8,000 bottles locally. “We’re hoping to open a tap room here as well in 2020,” Matt told me as we discussed the finer points of a crisp golden ale made with mountain water from the nearby River Millburn.

Using the Isle of Skye as a stepping stone between Mallaig and the Kyle of Lochalsh (the Highland Rover covers the ferry to Armadale), I boarded a train to Dingwall. The mostly single-track Kyle of Lochalsh line is a glorious and somewhat unhinged Victorian venture – the immense scale of the rugged scenery sits in inverse proportion to the size of the population the many solitary stations serve. The landscape flanking the Far North line up to Thurso is gentler. Mountains are replaced by hills, wilderness by farmland and plantations, and hamlets by a proper town: Thurso is home to Britain’s most northerly railway station.

After a night at the comfy Pentland Lodge House B&B (doubles from £88), I took the ferry over a choppy Pentland Firth.

Orkney served me art and alcohol. For the first, I mooched happily around the compact Pier Arts Centre in Stromness, with its impressive collection of 20th-century British art, including works by big-hitters Barbara Hepworth and Eduardo Paolozzi. Intoxicants were provided by Kirkwall’s Orkney Distillery, which opened just 18 months ago but has already started scooping up awards for its gin. Tour guide Anja led our small group through the gin-making process and on to the all-important botanical-sniffing and gin-tasting session (£15pp). 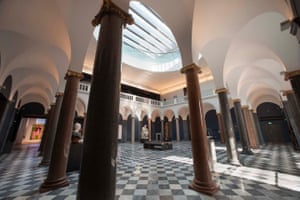 “The wild angelica we use comes from the island of Westray and was probably first planted there by Norse settlers,” Anja told us. One can only bless our Viking cousins for doing so, because the gin in question was – to use a technical term – extremely moreish.

Aberdeen served me art and delicious food. Aberdeen Art Gallery reopened in November after a five-year, £34m refurbishment, tying its previously disparate buildings into one triumphant whole. It may sound like I’m gushing but I honestly can’t remember the last time I found myself amid so much engaging contemporary art in such an inspiring space. Hours later I staggered outside and made for Bonobo, the city’s first workers’ cooperative vegan restaurant, where the friendliness of the welcome was matched by the tastiness of the mega-breakfast.

On previous visits I’ve been resistant to Aberdeen’s charms but after a very pleasant saunter around Seaton Park in the company of red squirrels, and a stroll through the university’s venerable King’s College campus, it was with some reluctance that I boarded an evening train to Inverness, even though a comfy bed awaited me at the newly refurbished Heathmount Hotel (doubles from around £76.50 B&B).

Stepping out at Glasgow Queen Street station the next day, having filled in the fourth and final box on my ticket, I found I was already smarting at the loss of my freedom to roam the rails. Liberty can be quite the drug.

• The Highland Rover (for four days in eight) was supplied by ScotRail and costs £95 adult (£58.75 with certain railcards), £44.50 child, with ScotRail. See visitscotland.com for further information

Four Points by Sheraton to open in Raleigh, North Carolina ·

A journey through Europe with Scenic on Getaway ·

Forest hideaway, Monmouthshire Overlooking the Wye Valley, near historic Tintern, Hill Farm is a 15-acre haven of woodland, meadows and streams, and home to Forest Retreats, run by Hayley and…

We’ve got your back: a yoga and pilates weekend in Sussex

I approached the mindful pilates and yoga weekend in the West Sussex countryside with a fair degree of trepidation. I wasn’t even mindful of the difference between pilates and yoga,…

Swimming, Aurlandsfjord, Norway Jannet Aksnes, 46, from Flåm When I walk down the rocky beach and into the freezing Aurlandsfjord, I’m almost in a trance. I have to be. To…
Recent Posts
We and our partners use cookies on this site to improve our service, perform analytics, personalize advertising, measure advertising performance, and remember website preferences.Ok