“Anything you can do I can do vegan,” says Vegan Food Tours, which runs jaunts through Rome’s Monti, one of the city’s oldest neighbourhoods (three hours, €67 adult, €29 child). While exploring the area, known for its gourmet street food and bohemian bars, travellers get to sample antipasti, fresh pasta, pizza and dairy-free gelato.

In Tuscany, Fantastic Florence includes a veggie or vegan feast in the historic San Lorenzo neighbourhood (€65 an hour for up to eight people). The suggested tour (which can be customised) starts the day with an espresso, and heads to Mercato Centrale di San Lorenzo to sample balsamic vinegars, truffles, bread, pasta and regional soup. To finish, there’s a vegan-certified wine and chocolate tasting. 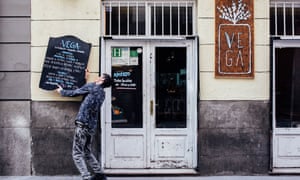 In the Spanish capital, Madrid Vegan Travel’s tour includes plant-based tapas with craft beer and tinto de verano (red wine with lemon soda) in the Malasaña district, an area known for experimental eateries (three hours,€68/€38). Or there’s a heritage tour with a vegan lunch in the historic city of Toledo, 45 miles south of Madrid (seven hours, from €89).

The team behind BeBike Tours in Barcelona can arrange tailor-made tours by electric bike with vegan guides, with stops at raw cafes, and a vegan cheesemongers (email for details and prices). Alternatively, the Gastronomic Segway Tour from sister company Barcelona Segway Tour takes in nine tapas dishes – with meat-free, dairy-free and gluten-free options – on a three-hour tasting route (from €83pp). 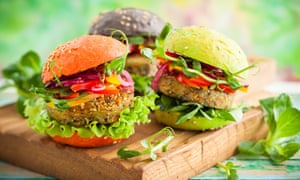 London was voted best city in the world for vegans last year by Happy Cow, which ranks places by the number of vegan restaurants and “overall vegan-friendliness”. For a quintessential London experience, B Bakery’s vegan afternoon tea is served on a vintage Routemaster that heads to classic sights while travellers sip tea and nibble plant-based tarts and sandwiches (1½ hours, £45pp).

Brighton has also long been veggie-friendly, and is one of the locations for VegFest food festival in March. Sussex Food Tours’ vegetarian tour of Brighton includes award-winning restaurants, and encourages carnivores to join too, claiming that it will be “a plant taste experience that will change your life” (three hours, £59pp). 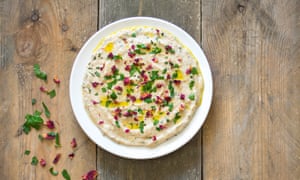 Berlin also has a wealth of meat-free dining and shopping options, coming in second on Happy Cow’s list of vegan-friendly cities. Fork & Walk’s vegan walking tour (3½ hours, from €44pp) explores Berlin’s Prenzlauer Berg and Kreuzberg areas, passing the Stolpersteine “stumbling stones” Holocaust monument, vintage photo booths, 1980s squatting sites and street art. Vegan treats along the way include doughnuts, dumplings, raw cakes, street food and several pilsner beers – which have been vegan-friendly since the 1500s. Bite Berlin delves into the city’s history through its diverse food culture, exploring neighbourhoods from Hackescher market square to the Neukölln area, including currywurst and Turkish cuisine (pictured), which has been a popular budget choice in Berlin since just after the second world war (three hours, €50). 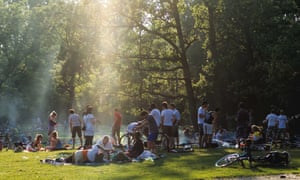 Vegan Food Tours’ Amsterdam adventure begins close to Vondelpark (pictured), and heads into the city’s design-conscious Oud-West neighbourhood (three hours €79/€35). Travellers can sample vegan versions of Dutch bitterballen (meat balls), raw ice-cream, vegan junk food and weed burgers (made from seaweed). For a tour of the city by water, the Boat Boys run canal cruises on a 1920s saloon boat. The vessel has an open deck for sunny days, passes landmarks including Anne Frank’s house, and includes a vegan cheese platter and unlimited wine and beer, or vegan prosecco and champagne on request (1½ hours, from €25pp, up to 12 people). 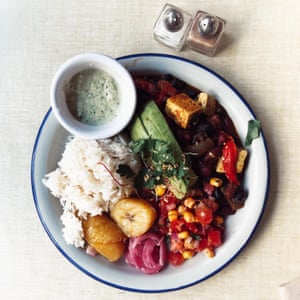 Vegan Food Tours in France (same name, different company) has a choice of routes in three cities. The company says most of its guests are omnivores or flexitarians, although the tours are all 100% plant-based. This doesn’t mean missing out on French classics though – vegan cheese, pâté (and wine on request) are served alongside contemporary health food and traditional market fare. In Paris, tours take in urban street art in Belleville, or an eclectic mix of old and new in the 10th arrondissement – the city’s most veggie-friendly district. Outside the capital, historical tours take travellers to vegan gems in Lyon and Bordeaux. Each comes with four vegan stops over a four-hour tour, with breakfast, lunch in two parts and dessert (from €55). 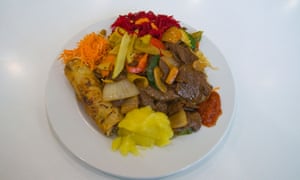 Prague has seen an increase in meat-free restaurants in recent years, from a vegan doughnut shop to socially conscious veggie cafes employing homeless and disadvantaged people. I Like Veggie runs tours of the historic centre, exploring the new healthy gastronomy that is gathering force in the Czech capital, as an alternative to the country’s traditional meat-oriented dishes. There are four stops – including a raved-about raw cake – and sightseeing stops at the famous Astronomical Clock, the Old Town Square and Municipal House (four hours, €80) of Prague’s historic centre. 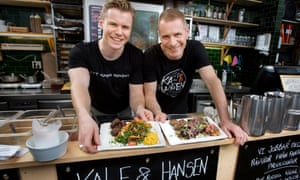 According to a study last year, 30% of Swedes say they are eating more plant-based foods in a bid to help save the environment. For a taste of that Scandi spirit, Stockholm Food Tours’ vegetarian walk explores the southern district of Södermalm, a favourite with locals for its creative vibe and innovative restaurants. The four-hour tour (£77pp) mixes neighbourhood delis, high-end and health food restaurants – including a vegan buffet with panoramic city views – and also caters for raw food diets. 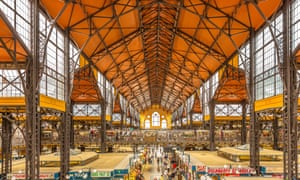 Hungarian cuisine is traditionally meat-heavy, but it now has plenty of options for hungry vegan travellers. Budapest 101 offers private, tailormade tours with a local hosts (four hours, from €46pp for up to six), exploring Hungarian history and culture while tasting the city’s best veggie and vegan food, from traditional pickles to cakes, coffee and wine. Stops include markets, confectioners and health food shops for gooey, fried vegan cheese and traditional krumplis tészta (potato pasta and paprika). 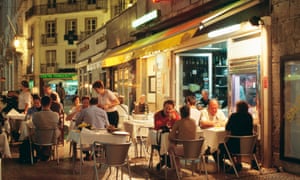 Also by Vegan Food Tours and new for this year is a journey around the pretty bakeries and squares of Lisbon’s Baixa district (pictured) – the city’s historic heart famous for its neoclassical architecture – for dairy-free pastries, “steak” sandwiches made with seitan and vegan cheese, and local vegan wine (three hours, from €59/€19pp). For traditional Portuguese food (adapted to be meat- and dairy-free) in a rural setting, take a trip to an organic farm in Sintra west of Lisbon. A farm tour is followed by a cooking class using seasonal ingredients – participants can then eat their creations at a table with a sea view (€40pp). 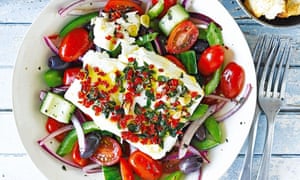 Courgette fritters with tzakiki, slabs of feta, stuffed vine leaves and spinach pie… Vegetarians are unlikely to go hungry in Greece. But vegans can get their fill too – and the Secret Vegan Tour in Athens comes with a warning to bring an empty stomach. The two-hour-15-min tour includes vegan tacos, gyros souvlaki, Greek salad (pictured) and waffles with ice-cream, plus booze (€55). The company, Vegan Tour Athens, also runs a Beach Vegan Tour, heading out to two lesser-known beaches close to the city, with lunch at an award-winning restaurant, including vegan cheese tasting and raw food desserts (six hours, €109pp). Owner Frank is also the organiser of the Vegan Life Festival in Greece, with a bill of talks, exhibitions and parties (next on in Crete, 5-6 Oct 2019).

How much trouble is Thomas Cook in and what is the impact on holidaymakers?

Tempo discount tours and provide the luggage to match ·

Whether it was a beach break, a family get together, an adventure or a holiday when the kids (or you) had the time of their lives, please share details of…

Night trains have returned to the tracks between Brussels and Vienna amid growing interest in alternatives to flying. The Austrian Federal Railways (ÖBB) Nightjet from Vienna pulled into Brussels Midi…

The Caribbean Hotel & Tourism Association has introduced a pilot program to include a group of leading travel agents from across the United States to Caribbean Travel Marketplace in the…
Recent Posts
We and our partners use cookies on this site to improve our service, perform analytics, personalize advertising, measure advertising performance, and remember website preferences.Ok