Home » Holiday guides » 10 of the best music venues in Brussels

More than a century old, AB, as the locals call it, is a medium-size venue for rock, electronic, jazz, global, experimental and pop acts and is in the city centre, close to the Bourse (stock exchange). The main room is big enough to house major artists: all-standing crowds or fully seated ones, or a combination. Whoever is playing, expect the sound quality to be superb. Tokens are needed to purchase drinks, although the side-bar in the street around the corner is cash-friendly. There’s the AB Club upstairs, for smaller draws, and also the intimate AB Salon (above the side-bar) that regularly presents free electronic or experimental gigs. One week in October included AB shows by Australian psych-rockers King Gizzard and The Lizard Wizard, German ambient keyboardist Nils Frahm, French-Colombian cumbia extremists Pixvae and Peruvian electronicists Dengue Dengue Dengue. Upcoming acts include Acid Arab, Moses Boyd, King Krule, and Kelis.
• Boulevard Anspach 110, abconcerts.be 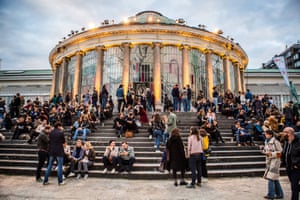 Botanique is on the edge of a botanical garden and is out of the city centre, close to the northern train station. The venue is undergoing work but remains open, even incorporating artworks into the renovation. The main room is the 700-capacity Orangerie but the circular arrangement of the smaller Rotonde space is perfect for intimate gigs, such as Aldous Harding last May, with its mixture of standing and seats. Tokens are required at the bar, annoyingly vended by machines. There’s also a cafe bar that overlooks the gardens. Upcoming gigs include Wolves In The Throne Room, Waqwaq Kingdom, Jeffrey Lewis, Cocorosie, Plaid, and Joan As Policewoman. The venue’s annual festival, Le Nuits Botanique, is in May.
• Rue Royale 236, botanique.be 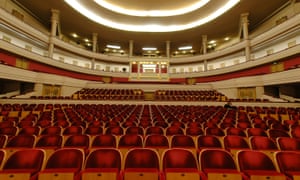 A rebranding of the Palais Des Beaux-Arts, Bozar opened in 1929 with the acoustically brilliant Henry Le Boeuf Hall at its core. Classical music is important here but this multi-stage complex also loves jazz, global and electronic music. Chicago techno legend Lil Louis played in 2018, so all seats were removed and a tarpaulin laid down so no mess would be made. Among Bozar’s regular weekenders are the Bruselas Flamenco Festival, Afropolitan, and a recent hosting of French electronica fest Nuits Sonores. There are usually several exhibitions running simultaneously in the vast gallery warren, with a Keith Haring retrospective on until 19 April 2020.
• Rue Ravenstein 23, bozar.be 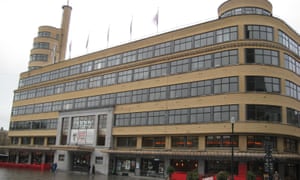 Flagey looks like a huge art-deco ship and looms over a square, by the side of two small lakes, in the suburb of Ixelles, a short tram ride south of the centre. It’s a former radio studio (from the 1930s), with curvy wooden walls and fixtures, presenting mostly classical music in three different-capacity spaces. Flagey hosted the sold-out Brussels Jazz Festival during January and its Piano Days season dominated February. In the autumn, there were festivals revolving around Estonian composer Arvo Pärt and the 50th anniversary of the German ECM label.
• Place Sainte-Croix, flagey.be 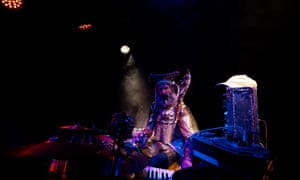 Open since 2006, Les Ateliers Claus is in a labyrinthine part of Saint-Gilles, one of the city’s most arty zones, and is a Brussels equivalent of Café Oto in London. The lineup is always diverse and inspiring: a few months ago it hosted Japanese noise sculptor Keiji Haino and New York drummer/vibraphonist Ches Smith, stressing out the decibel meters to a packed crowd. It also promoted veteran prog rock band Magma in a larger venue, used when Claus proves too intimate. This joint has an inviting aura, with a bar beyond the stage that’s a good source of excitingly sour lambic beer. Coming soon: Thurston Moore, Terrie Ex, OOIOO and veteran US electronic composer Carl Stone.
• Rue Crickx 15, lesateliersclaus.com

Since 2005, the global music promoter Muziekpublique has presented nearly all of its gigs at Théâtre Molière, a quaint old 1960s haunt in Matongé, the mostly Congolese quarter of Brussels. During Brussels Jazz Weekend it presented a night of African acts, topped by Super Rumba, a Zairean (now Democratic Republic of the Congo) soukous group who played in the theatre’s entrance bar. Muziekpubliqe has presented the likes of Baaba Maal, Martin Simpson and Totó La Momposina. In coming weeks, it has enticing players arriving from Ireland, Mali, France and Greece.
• Square du Bastion 3, muziekpublique.be 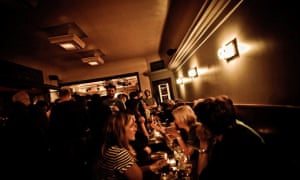 Not far from the church of Sainte-Catherine, the Roskam bar would be excellent even if merely pouring beer but every Sunday it hosts one of the best (and most adventurous) jazz sessions in Brussels. Admission is free, which leads to a divide between the concert conditions at the stage end of the room and the lively expression of the bar-end. Roskam seems to have a predilection for low-pitched instrument bandleaders, with Hélène Duret, Grégoire Tirtiaux and Thunderblender’s Sam Comerford making forceful impressions on bass clarinet, baritone and bass saxophones in recent months. These acts might not be well-known outside of Brussels but have the potential to make an impact beyond Belgium.
• Rue de Flandre 9, cafe-roskam.be 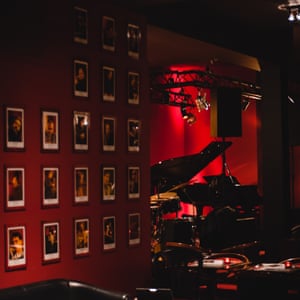 Only a few steps from the Grand Place, this jazz club has the advantage of pulling in tourists as well as hepcats. It celebrates its 20th anniversary in 2020 and is modelled on the classic New York City club template – but with a relaxed Euro-cafe atmosphere. Food is available, and most of the seating is at tables, although hanging out on a barstool gives a prime view. There’s free admission for the weekly Tuesday jam session – which runs past midnight – and Wednesday’s Carte Blanche sets, which allow a different artist each month to present combinations of invited players. The weekend gigs are ticketed, and tend to sell out, featuring name artists or themed presentations. The emphasis is on mainline jazz but veers into funk, soul, African and Latin.
• Rue des Pierres 5, themusicvillage.com 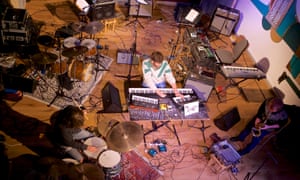 Werkplaats Walter is a roost for the extremes of classical, electronic, jazz, rock and improvisation. It’s almost literally a roost, too, as the audience needs to climb an exterior iron stairway to the venue’s second floor, where they’ll be welcomed into the bar area. Walter vends its own beer, specially brewed for the venue in the village of Gijzegem. In the theatre, there are tiered ledges to the rear, and a large floor space, with a large sculptural mural along the right side, constructed by the Expanded Eye duo from Lisbon, utilising doors and window-frames discarded when the building was being renovated. The venue is in the Anderlecht suburb, and is the brainchild of drummer Teun Verbruggen. Coming up soon are the free jazz of Evan Parker and Slovenian pianist Kaja Draksler.
• Rue Van Lint 43, werkplaatswalter.be

Across the side-street from AB’s bar entrance is Bonnefooi, which means “by chance”. A sign on the glass door reads “Can you stop making all that noise outside? People are trying to dance in here!” This is a joint that’s open for partying through the night and into the morning. Inside, the layout is simple: a long, narrow room, with a bar on the right, and a seated mezzanine looking onto the dance area. Free-entry gigs are frequent, ranging from the deep electronic pulsing of Demdike Stare and Paddy Steer to, for instance, an almost-acoustic midweek appearance by Moroccan gnaoua group Black Koyo.
• Rue des Pierres 8, bonnefooi.be

5 Backcountry Cabins You Can Ski, Snowshoe, or Hike to This Winter

Marking a milestone: Where to celebrate this summer's 50th anniversary of the Apollo 11 moon landing