When Japan was forced to “open up” in 1853 following more than 200 years of its sakoku policy, the country was a mystery to the outside world. In some ways it still is. But as an early adopter of western things, from ideas to clothes, it is easy to see Japan as a familiar place. Even its unfamiliarity – Shinto shrines, sumo bouts – is recognisable as “Japan” nowadays. What is less recognisable is what Japanese writers say about their own country. Authors – not the documentarists about families living with robots – uncover the mystery. These books speak for a Japan that is often spoken for and about, and speculated about by others; they speak for its history as it unfolded, for its culture as it is practised and its society as lived in and fought against. 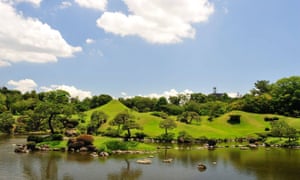 Ryū Murakami’s stories never shy away from shining a light on the darkest corners of society. In this 1980 novel that beam is amplified as it follows the entire lives of protagonists Kiku and Hashi, and all the ghastly goings-on they encounter. Both “coin locker babies” – children abandoned in one of Japan’s coin lockers (an issue arising in the 1970s) – the boys find themselves adopted by a childless couple living on an island off Kyushu, the south-westernmost of Japan’s main islands. They grow up against a background of urban and rural decay. Soon transplanting themselves to “Toxitown”, a fictional area of mayhem in Tokyo – home, it seems, to all that is swept under the rug in Japan, from foreigners and homeless people to drug dealers and other criminals – what follows is a surreal coming-of-age horror story that runs wildly through the heights of love and superstardom, and the lows of insanity and murder. 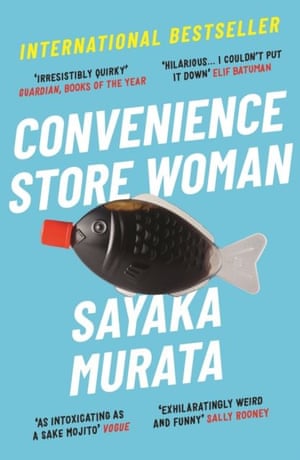 “A convenience store is a world of sound.” The opening line of narrator Keiko’s breathless story of working part-time at a konbini (convenience store) is wonderfully evocative. Throughout, she likens the sounds of the store to church bells, and herself and her coworkers as members of a religion. It’s not just a testament to the minutiae of Japan’s selection of Lawsons, 7-11s and Family Marts, but also an existential challenge to normality. In an attempt to become a member of society, Keiko becomes a “cog” by working at the convenience store, before finding out there’s more to it than that. Like Jean-Paul Sartre’s waiter who is too “waiter-esque”, Keiko embodies how a convenience store worker should act – Japanese society in miniature – but in doing so, she moves further away from actual society, with its conventional marriages and babies, and the haughty couples concerned with all that. 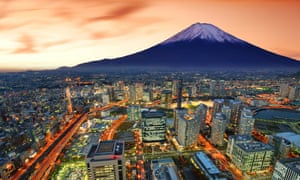 Part Lord of the Flies, part Oedipus complex, this book is a postwar howl of anguish. Actor, model, director and author Mishima’s protagonist, Noburo, is an adolescent boy living with his single mother, Fusako, in Yokohama. He also happens to be in a nihilistic gang with his schoolmates who are superficially “good” students. Though sex is alluded to throughout – Noboru discovers a peephole into his mother’s bedroom, for one thing – it’s the extreme disappointment Noburo feels in Fusako’s new lover, a sailor named Ryuji, whom he once admired, that sets the wheels in motion for an altogether brutal plan to restore glory. In real life, Mishima grew disillusioned with Japan’s postwar situation, and in 1970 he – along with other members of a right-wing militia that he founded called Tatenokai – stormed a military base in Tokyo and attempted to inspire a coup, delivering a speech to soldiers stationed there. Met with jeers, he committed seppuku (ritual suicide with a sword). 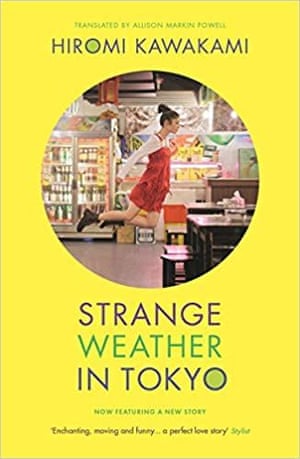 This depiction of the interactions and pursuits of Tokyoites is a gentle, modern-day version of the Edo period (1603-1858) ukiyo or “floating world”, referring to the era’s burgeoning urban lifestyle. Kawakami’s transient world is one of endless dining out at izakaya (Japanese bars), of hanami (flower viewing) parties during cherry blossom season, and discussing baseball, a national obsession. Now, add the story of a thirtysomething woman’s growing relationship with a much older man, whom she calls “Sensei” – an elder-junior theme somewhat echoing Natsume Soseki’s bestselling Kokoro – and Strange Weather In Tokyo will have sweep you up in a heartwarming haze.

I Am a Cat by Natsume Sōseki 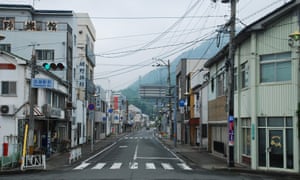 Sōseki’s inaugural novel satirises Japan’s Meiji era (1868-1912), and its uneasy adoption of western ideas, through the life of a schoolteacher — his stupidity, his circle of friends, and what he does with his time. He’s a regular member of middle-class Tokyo, and is a fussy sort of person who gets annoyed when the neighbourhood children keep hitting a ball into his garden with a wooden stick (baseball had newly arrived in Japan at this time). The twist is that the whole novel is narrated by a cat with a holier-than-thou attitude, a wild take on authorship at any point in time, but even more so considering this novel’s serialisation from 1905-06. Japanese features multiple pronouns for “I”, but the cat uses wagahai to refer to itself (a high-register phrasing more appropriate to a nobleman), rare even at the time of publication. But the popularity of the book resulted in a resurgence of wagahai – and is still infrequently used by fictional, anthropomorphised characters.

Some Prefer Nettles by Jun’ichirō Tanizaki 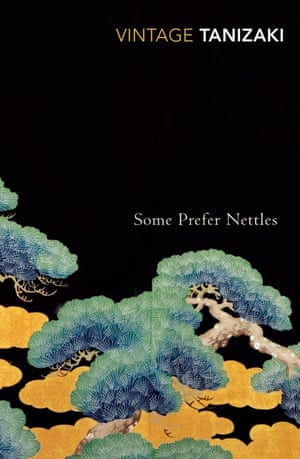 An insight into Japan’s past as much as a blueprint for understanding the country’s idiosyncratic style of westernisation, Tanizaki spins a web of conflicting interests in his 1929 novel. Kaname and his wife Misako are married, but not happily. Kaname’s father-in-law, “the old man”, thinks divorce is out of the question, a western solution for problems caused by western ideas. Attempting to instil Japanese ideals in the couple and his young mistress, O-Hisa, the old man hopes to uphold traditions as Japan changes around him. Kaname, however, loves western things. He admires American film stars of the day. His dog even has an English name.

The Pillow Book by Sei Shōnagon 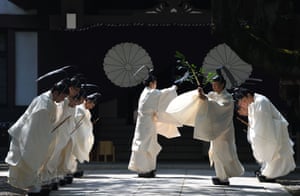 Perhaps owing to the 2006 translation by Meredith McKinney, The Pillow Book reads as naturally as if it had been written today. Except it was written in the 990s and early 1000s by a lady-in-waiting of Fujiwara no Teishi, empress consort of Emperor Ichijo. This era in Japanese history, the Heian period (794-1185), was one of great significance – to nobles, anyway. Sei’s book is basically a collection of random thoughts, an ancient blog. She makes lists – of rivers, markets and other places that are either famous or have some poetic connection, or both – and writes opinionated indices with titles such as “people who seem enviable” and “things with terrifying names”. Most of the time, however, she provides a window into the courtly world: nocturnal visits from men, Shinto festivals, and the constant exchanging of witty poems between courtiers like carefully considered tweets. 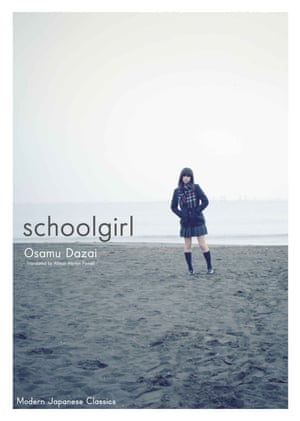 Dazai may be better known for his swansong – the autobiographical No Longer Human (1948) – but it is Schoolgirl, a 1939 novella, that made him famous. Narrated by the eponymous girl, the book is an unsung, prewar Japanese Catcher in the Rye; for her everything is depressing, pathetic, disgusting: “Mornings are torture.” The narrator is sometimes an androgynous voice, at odds with herself and the world around her, but 81 years after publication her thoughts chime with the modern day. Possibly a veiled critique by Dazai (who was a Marxist) of ultranationalism, the schoolgirl is at one point “bored” by a teacher who went “on and on, explaining to us about patriotism, but wasn’t that pretty obvious? I mean, everyone loves the place where they were born.” 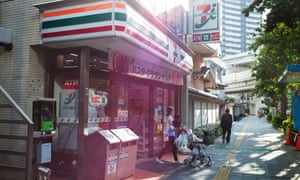 The title may put some off, and depending on what edition is available, it may or may not have an electric pink cover, but Vibrator is glorious. The novel is set in Tokyo, at least for a bit, as protagonist Rei Hayakawa begins yet another trip down to her local convenience store. She’s a bulimic freelance writer who drinks too much, by the way. After a chance encounter at the store with a truck driver, Okabe, she leaves her usual, self-destructive routine and hops in his cab for a road trip. Japan’s highways are not pretty and its winter landscape is not always the delicate woodblock print scenes you may know, but this book shows both in their supreme mundanity as Rei journeys to the deep north with a stranger, and further into herself. 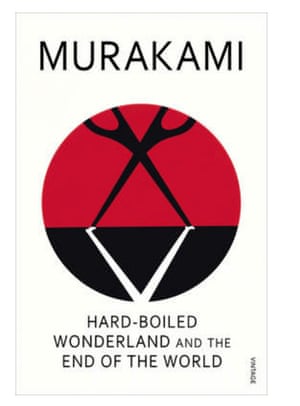 Only half of this book takes place in Japan. That’s because every other chapter is set somewhere that exists (or doesn’t exist) called the “The End of the World”, whose inhabitants are poignantly mindless, perhaps soulless even. Every chapter in between, on the other hand, is set an alternate Tokyo, “Hard-Boiled Wonderland”, in which the narrator works as a sort of human data-processing machine. It’s a head-scratcher of a story. The nameless narrator spends a memorable portion of the novel below ground, in a monstrous kind of sewer system crawling with up-to-date kappa (amphibious demons of Japanese folklore), emerging from this secret subterranean labyrinth at Aoyama-itchōme station, one of a handful of Tokyo locations name-dropped throughout.

New 'Rivers of Light: We Are One' Show Coming to Animal Kingdom in May

Secrets of the National Parks

Airfare Drops at Airports Across the Country