‘Ramen doesn’t have rules the way many Japanese foods do, which means the possibilities are endless,” says Abram Plaut. “And in Tokyo people are always coming up with ideas that have never been done before.”

Plaut’s fascination with the noodle soup started when he arrived in Japan to teach English a decade ago. Ramen was cheap, plentiful and, thanks to the automated ordering machines, easy. He was hooked. But his hobby became an obsession, and within a few years he was writing articles on the subject and appearing on TV as an expert. In 2016, he helped open Mensho Tokyo SF in San Francisco with master ramen chef Tomoharu Shono.

“The volume and diversity of ramen shops in Tokyo can be overwhelming,” Brzeski says (few have websites), “but it’s also incredibly inspiring.” Between the three of them, he estimates they’ve eaten at several thousand places, ranging from mum-and-dad operations to a Michelin-starred number where bowls come dusted with fresh truffle shavings.

“In this one food scene, you could eat a new gourmet meal for under £10 every day for the rest of your life,” Brzeski adds.

Out of more than 10,000 ramen joints in the city, here are 10 the trio say should be on your culinary hit list. 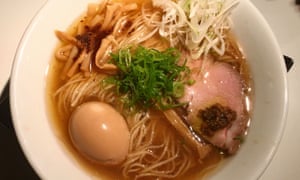 “Expect premium ingredients artfully crafted into perfectly balanced bowls,” Shimakage says. “The master, Yamamoto-san, is known as one of the first ramen chefs to use hamaguri clams in his signature soup.” These bivalves, along with a touch of sea bream, add an evocative depth to the broth. Although Konjiki Hototogisu became Tokyo’s third ramen joint to win a Michelin star last year, the Ramen Beast crew have been fans of Yamamoto’s shio ramen since he was serving out of a tiny eight-seat shop. Fame hasn’t gone to the master chef’s head, though, or diminished his food’s superb quality. “Light, clean, delicate, yet bursting with umami, this bowl is not one to be missed,” Shimakage says.
• 2-4-1 Shinjuku, 22 Kyutei Mansion 1F, Shinjuku, +81 3 5315 4733, daily 11.30am-3pm, 6.30pm-10pm 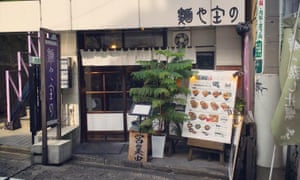 “Once you give your ticket, the guy kneads out the dough and then cuts the noodles fresh, which is somewhat uncommon in the ramen game,” Plaut says. It’s mesmerising to watch these toothsome tangles materialise before your eyes. “This is one of the most famous shops serving kitakata ramen in Tokyo,” Plaut adds. This style, originally hailing from Fukushima prefecture, consists of a clear soup with rustic, wavy noodles laced with a funky undertone of niboshi (dried sardines).
• 2 Chome-13-2 Hatchobori, Chuo, +81 3 5566 9355, Mon-Fri 11am-3pm, 5pm-10pm; Sat-Sun 11am-3pm, 5pm-9pm, on Facebook

With nine shops spread across the city, each with a distinct menu and concept, chef Tomoharu Shono – who expanded the chain to San Francisco with Plaut’s help – holds a place of reverence in the world of Tokyo ramen and has a reputation for daring combos, such as lamb spiked with dark chocolate, reminiscent of Mexican mole. “The speciality at this flagship branch is a tonkotsu gyokai [pork bone and dried fish] soup – umami-rich and simply outstanding,” says Plaut.
• 1 Chome-15-9 Kasuga, Bunkyo City, +81 3 3830 0842, Wed-Mon 11am-3pm, 5pm-11pm, menya-shono.com 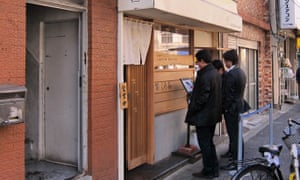 “Visit this shop on Fridays, when the daily house speciality is ramen or tsukemen [dipping noodles] made with a duck-based shoyu soup topped with juicy slabs of duck meat and a thin wedge of kabosu citrus fruit,” Plaut says. Chef Naohito Kuroki’s fine-dining roots can be seen in his fanatical attention to detail. During the rest of the week, patrons at the 13-seater have to content themselves with the classic shio, made with a custom blend of six types of salt, or his seasonal hiyashi chuka (cold noodles).
• 2-15 Kanda Izumicho, Chiyoda, +81 3-3863 7117, Mon-Tues, Thur, Sat 11.30am-3pm, 6pm-9pm; Fri 11.30am-2.30pm, 6pm-8.30pm 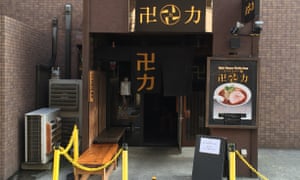 “As soon as you walk through the door, you’ll get a blast of this shop’s signature spices,” Plaut says. Order a cold Sapporo to wash down incendiary bowls loaded with fiery ingredients from around the globe. “The soup here references spicy miso ramen, but it has so many exotic flavours melded together that it’s a bowl without a genre. Red chilli and Sichuan peppercorns deliver the kick, while Indian curry notes keep you guessing.”
• 3-16-5 Nishi-Kasai, Edogawa-ku, +81 3 6848 1346, Thur-Tues 11.30am-9.30pm, manriki.net 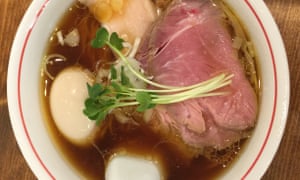 When Menson Rage stepped on to the scene in 2015, its chefs took classic ramen conventions and tossed them out of the window. The result is a hip, laid-back space serving revelatory bowls of noodles. Squeeze past the parked bikes and skateboards into a modern restaurant where the shop’s master, a “friendly young dude named Hirota-san, prepares incredibly refined shoyu ramen made using a type of fighting cock originally from Thailand”, Brzeski says.
• 3 Chome-37-22 Shoan, Suginami, Mon, Wed-Sat 11am-3pm, 6pm-9pm, Sun 11am-4pm 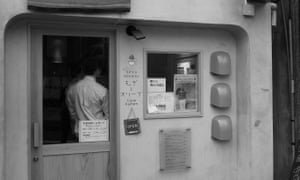 These noodles get a savoury kick from an unconventional source. “Once you’ve eaten about half your bowl, grab one of the bottles of olive oil sitting on the counter and add a generous splash,” Plaut says. It might sound strange, but it works. “The virgin oil harmonises surprisingly well with the house speciality soup, made from chicken with niboshi and hamaguri clams, while altering the flavour profile of the dish.”
• 6-12-12 Ginza, Chuo-ku, +81 3-3571-2123, Mon-Fri 11.30am-10pm, Sat 11.30am-9pm 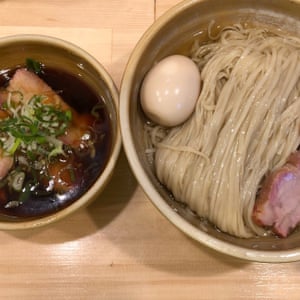 Word spread fast about this slick arrival that debuted at the end of 2018. Ramen is available, but the speciality here is the dipping variety, tsukemen, which comes with a lovely soup made with skipjack tuna, kombu (seaweed) and chicken for dipping. After you’ve slurped up your house-made noodles, pour a little extra dashi into the rich stock to dilute it, then drink it down to the last drop.
• 3-10-16 Amanuma, Suginami-ku, Mon-Fri 11.30am-3pm, Sat-Sun 11.30am-4pm

“Originally, Teppanyaki Kishin wasn’t even a ramen shop, but a traditional iron-griddle joint. However, several months after it opened in 2016, it started offering a special ramen menu at lunchtime – and the idea is genius,” Plaut says. For those with fancier tastes, an indulgent bowl topped with blood-rare slices of Kobe beef should hit the spot.
• 17-10 Sarugakucho, Shibuya-ku, +81 3 6427 0952, Mon-Fri 11am-11pm, Sat-Sun noon-11pm 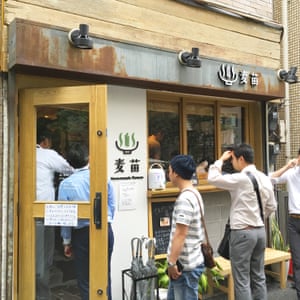 A smash hit since it opened in 2016, Muginae is known for its luscious broth made from free-range Yamagata chickens. Details matter here, which is why the chefs exclusively use Japanese flour for their springy, house-made noodles, as well as two kinds of shoyu from Hyogo and Nagano prefectures for the explosively flavourful tare (seasoning). All that care adds up to shoyu ramen that stands out from the masses.
• 6 Chome-11-10 Minamioi, Shinagawa City, +81 3 3298 5158, Sat-Sun 11.30am-3pm, Mon-Wed and Fri 11.30am-2.30pm, 6pm till sold out

20 of the World’s Strangest Hotels

The 25 best spas across the UK for every budget