Universal’s Mardi Gras 2020 will be running daily from February 1 through April 2. Guests can enjoy live performances by some of the biggest names in the music industry on sixteen select nights during the event. 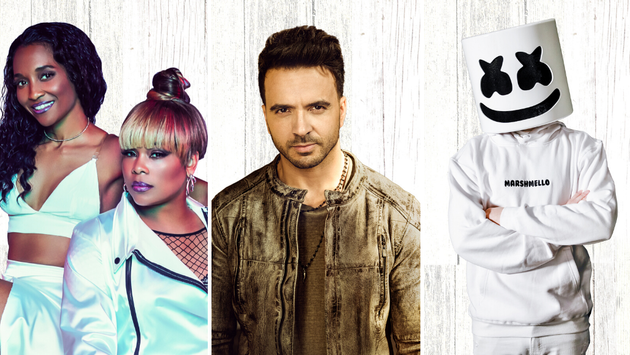 The party doesn’t stop there, however; the nightly Mardi Gras parade will run through the streets of Universal Studios Florida featuring intricately detailed floats with an all-new Treasure of the Deep theme.

Six new floats inspired by mystical creatures of the deep, the sunken city of Atlantis and more will be making their debut in the parade. All 12 hand-crafted floats are engineered by Kern Studios, the same company that has created floats for the iconic New Orleans celebration since 1947.

Fan-favorite floats, such as the Riverboat and King Gator, will make a return with all-new décor to celebrate 25 years of the party. And of course, vivacious dancers and stilt performers in elaborate costumes will be seen throughout with countless beads being thrown to the crowds.

No Mardi Gras celebration would be complete without authentic Cajun cuisine at The French Quarter Courtyard and performances by bands pulled straight from Bourbon Street.

New to this year’s event, the Carnival Around the Universe tasting tent will feature dishes inspired by carnivals worldwide with new menu items debuting bi-weekly throughout the event.

Returning to this year’s event are fan-favorite add-on experiences, such as the Bayou Boil, bringing guests an authentic New Orleans crawfish boil experience, and the Mardi Gras Tasting Lanyard which gives guests the chance to try a variety of classic New Orleans dishes throughout their visit, which include gumbo, jambalaya, po boys and much more.

Revealed: The ten best places to stay in the Cotswolds

Explore expand ’beyond’ collection of holidays ·