Diehard Disney fans are a passionate crew. We tend to feel pretty confident about our knowledge of all things mouse.

But, a recent trip to Disneyland taught me there are some key pieces of the puzzle most of us are missing—not least because it’s nearly impossible to get access to them.

Enter Adventures By Disney (ABD), Disney’s guided group travel arm that leads adventures all over the world. ABD takes you on a walk in Walt Disney’s footsteps around Southern California, to places you’d never get to see on your own, like Walt Disney Studios, Archives, Imagineering and cast-member-only areas of Disneyland and Disney California Adventure (DCA) parks.

Whether you’re a Disneyland regular who’s always wanted to peek behind the curtain, a Walt Disney World commando who wants to do Disneyland right, or a relative Disney novice curious about why this place makes the rest of us cry, read on to see why this adventure is the ultimate Disney bucket-list experience. 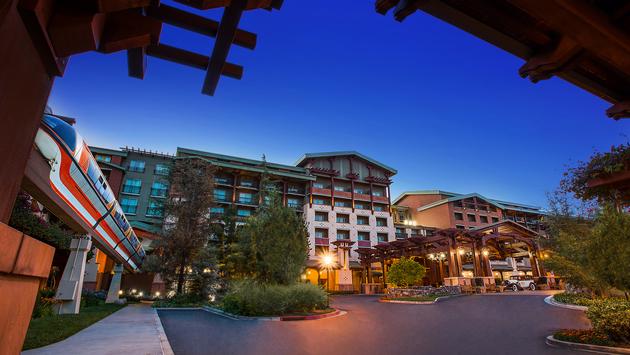 From LAX or John Wayne Airport, a private driver will whisk you straight to Disney’s Grand Californian Hotel & Spa. Aside from being one of Disney’s most gorgeous and iconic resorts anywhere (fans of Disney’s Wilderness Lodge will recognize the similar Pacific Northwest theming), the Grand Californian’s other big selling point is location, location, location. Pause to marvel at the jaw-dropping lobby, then meet your Adventure Guides who will set you up with everything you need, from room keys to park tickets so you can hit the ground running and leave the details to them.

Pro tip: The Grand Californian is home to a great pool, spa, and several restaurants, including award-winning Napa Rose. Your adventure will keep you very busy, so if you want some extra time to relax at the resort, consider adding a couple of nights on either end of your stay.

See: Walt’s Apartment and Your Own Private Main Street

Ready to feel like you own the place? Enter Disneyland Park before it opens and get the unprecedented opportunity to stroll down a deserted Main Street. Later, step back in time on a tour of Walt’s personal apartment, a space the Disney family used as a respite from the bustle of the parks and a bird’s eye view to observe the action unnoticed. Seeing the apartment in its preserved state and looking down onto Main Street just as Walt once did is an unforgettable experience for devoted Disney fans.

At the Walt Disney Archives, check out some of the most iconic Disney memorabilia imaginable. Think Walt’s original Disney cast member nametag, the recently retired “Redhead” audio-animatronic from Pirates of the Caribbean, and even an actual Oscar statuette, which you can hold as you practice your acceptance speech.

ABD hooks you up with prime viewing spots for two of Disneyland’s most popular nighttime spectaculars, Fantasmic! and World of Color. They’ll have your spot reserved, so you can maximize your ride time and show up at the last minute to assume the optimal position.

Pro tip: This adventure is all about living the magic, and the “no photos or videos” rule is frequently in effect—so ditch the device and enjoy it! One place to keep your camera out: that walk down empty Main Street. It’s the opportunity of a lifetime so immortalize it.

Eat: Disney Dining at Its Best 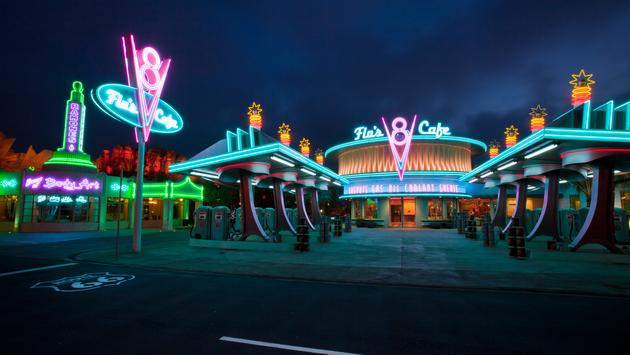 Walt Disney once said of Disneyland, “The food is as fabulous as the fun,” so it’s no surprise that ABD gives careful thought to the meals included on this trip. Dinner al fresco in New Orleans Square, Americana at its best at Flo’s V8 Café in Cars Land, and Disneyland’s best character breakfast at Storyteller’s Café—this is Disney dining done right.

After your Walt Disney Studios tour in Burbank, pretend you’ve just landed your dream job as you grab lunch in the employee cafeteria. For dinner, indulge in prime rib and Yorkshire pudding at Tam O’Shanter. LA’s oldest operating restaurant and the place where Walt and his animators and Imagineers ate before they had an official employee commissary, this spot also exemplified theme dining long before it was synonymous with Disney.

Pro tip: Your character breakfasts provide a perfect opportunity to check plenty of meet-and-greets off your list, saving time to hit the rides during free time. Wherever you’re eating, be sure to ask your Adventure Guide to point out the can’t-miss (must-Instagram!) menu items. 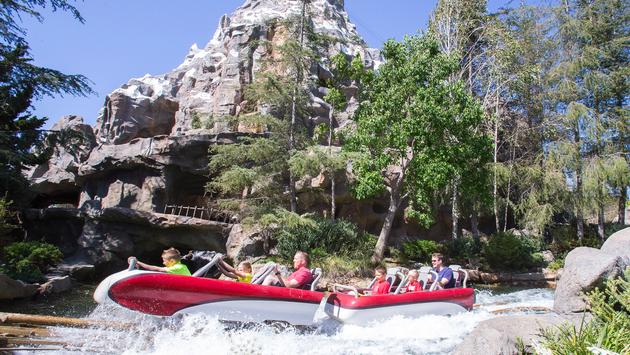 It’s not a Disney trip without the rides! Skip the queues as your Adventure Guides lead you straight onto some of Disneyland and DCA’s most popular and iconic attractions. If you’re lucky, during your day in LA you’ll also get the chance to ride the Griffith Park Carousel, the 93-year-old carousel that inspired Walt Disney to create Disneyland.

Pro tip: The pace of this trip is intense and there isn’t a lot of downtime. To make sure you don’t miss a ride opportunity, ABD hooks you up with FastPasses to use during free time. To really pack in the rides, spring for MaxPass, Disneyland’s answer to Walt Disney World’s FastPass+ system. For $15/day, retrieve and redeem FastPasses from your phone, plus get digital downloads of PhotoPass photos. Between MaxPass and the ABD-supplied FastPasses, you’ll never have to wait in a standby queue. 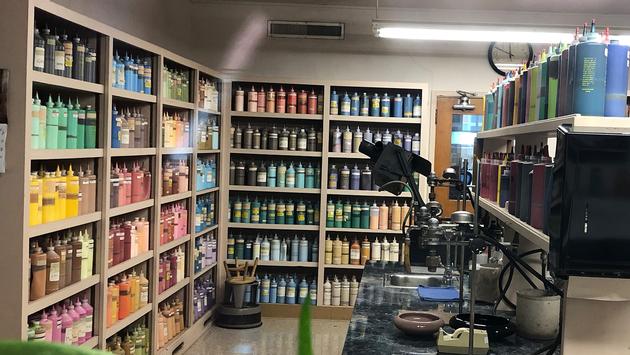 The fascinating facts you’ll pick up on this trip could—and do—fill books. At Walt Disney Studios, peek through the windows of the historic Ink and Paint department and see an original multi-plane camera as the animation process is explained. Learn tricks of the film trade, like the clever way they conceal the sound of nearby airplanes during filming and why the buildings on the Studios property look so plain (hint: Look closely and you’ll start seeing them everywhere in Disney films and TV shows). Find out where Walt’s office was (and why), where the Marvel team now clocks in, and see how your hands measure up to those of Disney Legends from Julie Andrews to Mark Hamill.

At Walt Disney Imagineering, a real-deal Imagineer will walk you through the process of creating an attraction from concept to model to finished product, giving you a few sneak peeks at attractions in progress. You’ll even take a virtual-reality walk around Disneyland and “ride” a ride, learning how Imagineers virtually test and troubleshoot attractions before they’re even built.

Back at the parks, head “backstage” to learn more about the inner workings of several top attractions at Disneyland and DCA. Learn about ride mechanics, get the scoop on what really happens when rides break down (spoiler: it’s usually guest-related!), and discover hidden Mickeys and Easter eggs you’d never spot on your own.

Pro tip: Question time! This is your chance to go straight to the source with all of your burning questions about your favorite rides and attractions. Just don’t bother trying to get any inside scoops on Galaxy’s Edge—I tried and their lips are SEALED! 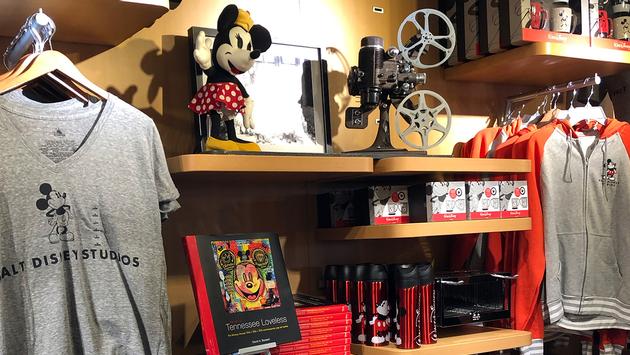 If you don’t have the merch to prove it, were you ever really there? Start saving because these are seriously exclusive “shopportunities” (ABD guide speak for souvenir time). First, shop the Studio Store and attached employee store to pick up Walt Disney Studios-branded items like clothing, mugs, and pins you won’t find anywhere else. Later, hit up Mickey’s of Glendale, the cast member store on the Walt Disney Imagineering property, for exclusive Imagineering-branded merch.

Pro tip: There isn’t a ton of time for shopping, so if you’re the indecisive type, take Adventure Guide Lori’s advice: “You see it, you like it, you buy it.” This is your one chance to scoop up that awesome Walt Disney Imagineering hoodie or Studios spirit jersey so just do it! You won’t see it again.

The four-day, three-night Adventures by Disney Disneyland® Resort and Southern California Escape starts at $2,369 per person.

Air Astana to up services to Uzbek capital Tashkent

Fairfield by Marriott Hotel to open in Hurst, Texas ·