No, that’s not a typo. It really is called the Pilgrm, and that missing second “i” is not all that’s been dropped from this new hotel near Paddington station in west London. It also has no reception, no check-in process – and no very obvious street presence. At first, we walk straight past it: the hand-painted Pilgrm sign is hard to see from the pavement, and inside it looks just like a neighbourhood coffee shop.

But that is exactly the effect owner Jason Catifeoglou – formerly of the Zetter group – wanted. The ground floor is a coffee shop, open to all, and a very inviting one, with some ace period features, particularly the 200-year-old mahogany staircase that curves down into it.

With no check-in or form filling – guests input their details online – we’re whisked straight to our first-floor room, with windows on to London Street and Norfolk Square. There will eventually be 73 affordable – for London – bedrooms here, across four former townhouses. And to achieve that, something else had to be forgone: space. 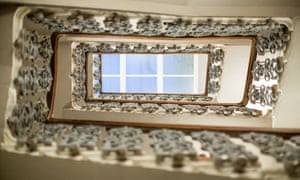 The room is no wider than the double bed under one window, but there’s nothing mean about it. Greenery spills from a wall-mounted planter, there’s a poky hairdryer in a bag on a hook, and the room fills with quality sound when husband pairs his phone with the Marshall speaker. The monochrome, tiled loo and shower are so tiny you have to step out into the bedroom to dry yourself, but towels, toiletries and bedding are sumptuous; I love the little cube of scented soap-on-a-rope by the wall-mounted basin. Magazines on the windowsill – Monocle, Noble Rot, Hole & Corner – are of the highbrow variety.

Jason is passionate about hotels and talks about honing his ideal model over years of travel, but also about getting his ideas to work in this early Victorian building – making it “beautiful again”. The main staircase, for example, took 300 man hours to restore, and work is still ongoing on limestone and wrought-iron stairs higher up; royal blue tiles in the lobby were inspired by originals found under layers of 1960s paint. Reclaimed materials have interesting provenances: lobby panelling from the mayor’s office in Derby, brass wall lights from an old psychiatric hospital, parquet flooring from an army gym. A wood and marble water fountain turns out to be a Natural History Museum cast-off.

We’re already impressed, then we go for dinner in the Lounge, with its original long windows. There are hundreds of places to eat around here, but I doubt any serve such tempting, well-travelled food as that devised by head chef Sara Lewis (formerly of Grain Store), or are so charming about it. OK, it’s early days and everyone’s trying hard, but the multinational staff all appear to be old friends from Zetter businesses and elsewhere, glad to be working together again. 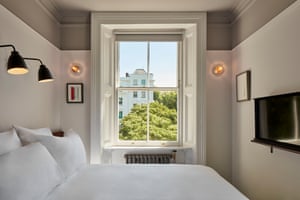 Sipping water carbonated on site, we agonise over the all-day menu, eventually picking burrata with radicchio (£13); charcuterie including red-wine-and-chocolate salami (£14); and lentil dahl with still-crunchy baby courgettes and tomatoes (£6.50) that barely needs the optional grilled mackerel (£6.50), though that’s exemplary, too. An organic, crisp soave makes a good accompaniment. The equally well-travelled cocktails include signature recipes by named bartenders from Dallas to Tokyo.

We sleep well on a dreamy organic cotton mattress (though noise from buses, builders and bottle bins wakes us early; rooms at the rear are quieter) and find Sara’s breakfast choices even more intriguing. Ever start the day with slices of sweet potato “toast”, guacamole and spiced seeds; or kimchi rice with tea-poached egg, pickled veg and miso paste? Us neither, but they’re tasty and memorable.

Cocktails, comfort, great cuisine … not things a true pilgrim would expect, but I can imagine food, style and bargain lovers everywhere being happy to make a pilgrmage. 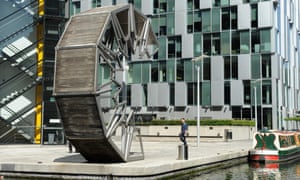 • Walk
The Paddington Public Art Trail starts in the station with the Unknown Soldier on platform one, and takes in 22 artworks en route.

• Do
The Fleming Museum in St Mary’s Hospital tells the story of the discovery and development of penicillin on this spot. Go and admire the Rolling Bridge and the Fan Bridge in action at Paddington Basin (Weds and Fri at noon, Sat 2pm).

• Shop
There are more than 1,000 dealers at Portobello Road market, so antiques fans will love perusing its vast selection of collectibles. And if that’s not enough, continue browsing at interior designers’ favourite Alfie’s Antiques Market in Marylebone.

Kate Middleton: Duchess’ top fashion tips that can be used for your next holiday abroad

Travel warnings after coronavirus outbreak – including where you shouldn’t visit