Winning tip: A perfect lazy day in the Jura

Louis Pasteur’s home town of Arbois is delightful. The Closerie les Capucines is a stylish chambre d’hotes in a 17th-century convent with a garden running down to the Cuisance river. Thirty minutes’ drive south, through the gently hilly Revermont countryside, is Mirebel. Sophie and Hugo Meyer have been running the Mirabilis restaurant in the village since 1998 and use local produce (such as trout, Bresse chicken, morteau sausage). Continue south, through Lons-le-Saunier, birthplace of the composer of La Marseillaise, and home to two excellent bookshops and some superb chocolatiers. Close to Orbagna is the new La Caborde wine growers’ centre (lacaborde-jura.fr), with exhibitions and wine tastings.
jantice 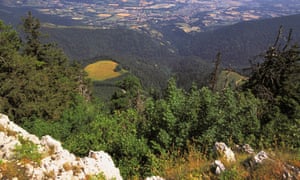 From the ridge running from Fort l’Écluse over into Switzerland, you get jaw-dropping views of Lake Geneva and the Alps, with Mont-Blanc taking centre stage. You’ll find upland meadows filled with wild daffodils in spring, with large herds of chamois. Summer walks are well signposted. If you’re not super-fit, some of the best views can be reached by gondola from La Faucille or Crozet. Nearby is the area’s highest point, the 1,720-metre Le Crêt de la Neige. The area offers human-scale but surprisingly varied downhill skiing plus scenic cross-country skiing at La Vattay.
alwil01 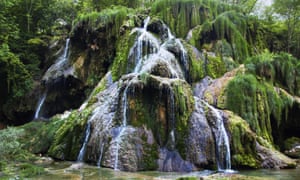 This town is in a beautiful valley with cliffs, forests and waterfalls. Le Grand Jardin (three courses from €25, 6 Place Poupet William) is a good traditional restaurant with local food. Poligny, 30 minutes’ drive north of Baume, is famed for its cookery schools, good restaurants and delicious cheeses.
possumpossum 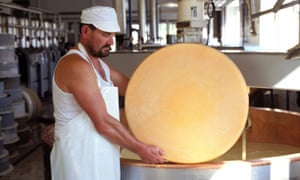 Last year I cycled through the Jura north from the village of Treffort-Cuisiat. The comté cheese, sold here at Fromage Revermont, can be sweet or fruity. Both taste divine. After filling our panniers with two large chunks we set off, riding north along the quiet D52 through more pretty villages. Many were affected by a terrible event in the second world war known locally as Le Grande Brûle. In retaliation for an attack by partisans, retreating Germans set fire to buildings across the area. As people fled, many animals died in their burning barns.
peche

On the Gustave Courbet art trail 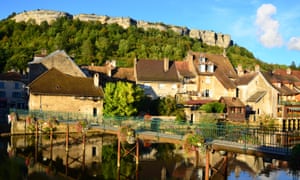 The charming little town of Ornans, south of Besançon, is an excellent starting point for exploring the life and work of the French realist painter Gustave Courbet. His birthplace, the 18th-century Hôtel Hébert, has been turned into a museum (entry €6). The wonderful walks along the river Loue through woods and steep cliffs – painted by Courbet no less than 13 times – are called Les Sentiers de Courbet. And if you visit in summer, enjoy a meal on the terrace of the Restaurant Courbet (three courses €27, 34 rue Pierre Vernier) overlooking the river.
alexandra1108 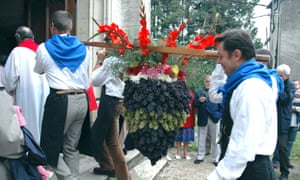 Arbois is considered the wine capital of the Jura, and is worth a visit at any time, but on the first Sunday in September residents line the streets for the Fête du Biou procession, where local winemakers carry huge bunches of red and white grapes through the streets before hanging them in a service at Saint-Just church. More processions follow throughout the day, with winemakers on hand dishing out free samples.
hecticplanet

The Jura’s a great region for cheese. It has the right climate (lots of rain), a special breed of cow (the Montbéliarde), great countryside, and not much to do apart from farm and make cheese. And eat it. Great cheeses from the area include comté, beaufort, morbier (which has a distinctive line of ash running through the centre), and the ultimate … the mont d’or – available around Christmas because it is only made with the milk from summer grass. It is part-solid/part-liquid, creamy, pungent, unpasteurised, a little dangerous and full of flavour.
ID8002157

Eating out in Besançon 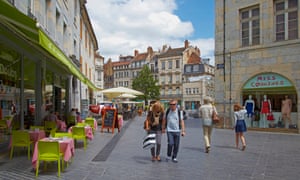 All of the Jura’s lovely paths, cycling routes and pretty roads lead to Besançon. The old town is a maze of cobbled alleys, pretty squares, bakeries, cheese shops and eateries that take you back in time. You almost expect the three musketeers to burst around the corner. Browse the Cave aux Fromage, explore the Musée des Beaux Arts then satisfy your appetite at restaurant Cristophe Menazzi (11 rue Jean Petit) – try the pumpkin and local comté soup or morille mushrooms with a jug of vin jaune as part of the three-course menu for €25.
lion67 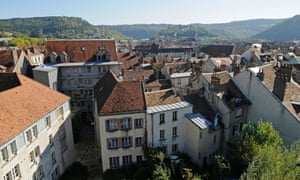 Besançon is home to one of the most beautiful and well-preserved historic centres of any major town in France. This presents the opportunity to take a wonderfully scenic urban walk. There are three marked walking routes to choose from, each taking in views of the river banks, upper city centre and religious district. The historic centre is lined with cafes, bakeries, patisseries and wine merchants. Keep your eye out for restaurant Le Saint Pierre (104 Rue Battant), where you can get a three-course meal including coffee and wine for €35.
justin_peters1988

My family and I spend a week every winter in the small, friendly ski resort of La Serra, down the valley between Les Rousses and Lamoura. It’s much less crowded than the main part of Les Rousses and perfect for skiing with kids. To finish the day off, what better than a meal at L’Anversis (three courses from €27, 239 Chemin de l’Anversis, Lamoura), where local produce (morteau sausage, comté and mont d’or cheeses, wines etc) are served by the fireplace in a cosy setting.

How to do the Seychelles on a shoestring