It’s been an exciting year at Walt Disney World with so many changes and updates coming to the parks and resorts. There’s still so much to look forward to this fall with festivals, celebrations and new attractions everywhere you look.

It can be hard to keep everything straight, so here’s what you should be looking forward to this autumn at Disney.

This past Friday, August 16, Magic Kingdom kicked off autumn with a “Boo!” at the opening night of Mickey’s Not-So-Scary Halloween Party. Guests can purchase tickets for the after-hours party that runs from 7 p.m. until midnight on select nights through November 1. If you have a ticket to the party you can arrive as early as 4, though, so you can really maximize your time in the park.

There are a few new and exciting changes to this year’s party. Disney’s Not-So-Spooky Spectacular is replacing Hallowishes as the firework show and features Jack Skellington as the host. He narrates a story about Mickey, Minnie and friends on a trick-or-treat adventure where anything can happen on Halloween night. You’ll enjoy plenty of fireworks and stunning projections on the castle to help illustrate the story. The best views are closest to the castle so you can see the characters acting out the story. The show takes place at 10:15 p.m. at Cinderella’s Castle.

Some other 2019 additions to the party include the Disney Descendance Party at Cosmic Ray’s Starlight Café where kids can watch the children of villains perform and even dance along and Cruella’s Halloween Hide-A-Way which is a ticketed event where guests can enjoy hors d’oeuvres, beverages, special appearances from Cruella herself and special seating for the 11:15 Boo To You Halloween Parade. 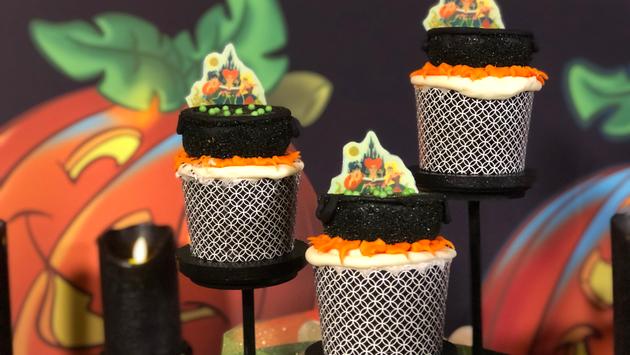 Don’t miss out on the scary-good treats available around the park! This year’s signature cupcake, the Amuck, Amuck, Amuck Cupcake spotlights the Sanderson Sisters from Hocus Pocus huddled around a cauldron.

The Jack Push Pop is back, this year accompanied by the Sally Push Pop. Try the Pumpkin Spice Milkshake for a truly fall flavor, even when it’s still 90 degrees in Florida. 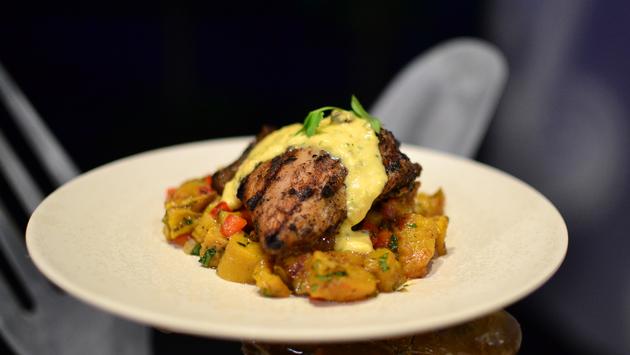 Nothing says fall quite like comfort food and warm beverages, both of which are in abundance at Epcot’s Food and Wine Festival. The celebration of all things culinary begins August 29 and runs for 87 days, closing on November 23.

The festival will have a few new kiosks this year. The Appleseed Orchard Marketplace features apples in all of their dishes, while the Alps Marketplace will carry flavors from Switzerland. The Donut Box will open October 1 featuring – you guessed it – donuts along with a coffee-inspired cocktail.

Though adults can enjoy wine, beer, ciders and cocktails at the Food and Wine Festival, kids are still encouraged to join the fun. The festival passport marks kid-approved food options with a strawberry icon to help encourage little ones to expand their palates and try new global cuisine.

Kids of all ages (that means grownups, too) can participate in Remy’s Hide and Squeak scavenger hunt. Maps are available for purchase at select locations with the task of locating Remy, the adorable rodent from Ratatouille, statues around Epcot. A new scavenger hunt of sorts this year is Emile’s Fromage Montage. Purchase the 5 different types of cheese featured in the Festival Passport and receive a complimentary cheesecake from Shimmering Sips.

The Eat to the Beat concert series is now 7 days a week this year and will feature 36 different artists. While the Sunday through Thursday performances will begin at 5:30 p.m., Friday and Saturday shows will have a later start time. Some exciting performers this year include Joey Fatone and Friends, Lauren Daigle, Grace Kelly and Boyz II Men. 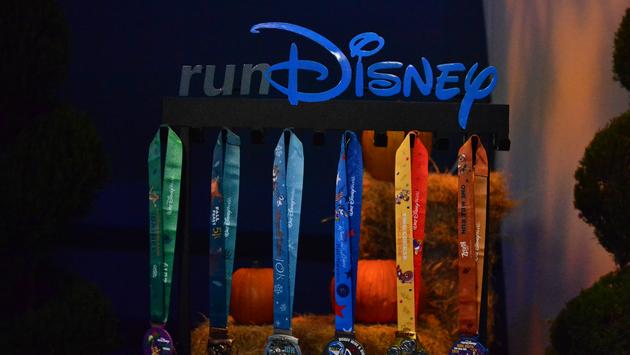 There are runDisney events all year round, but coming up this fall is the Disney Wine and Dine Half Marathon Weekend. The event will take place October 31-November 2 and will include a kids’ race, a 5K, a 10K and a half marathon. Runners may dress up as their favorite character and can meet Disney characters along the race route.

Half marathon runners will receive a complimentary ticket to the exclusive Post-Race Party, and other runners, family and friends may purchase a ticket for $85.

Fans of the Star Wars franchise are eagerly awaiting August 29, the opening of the Galaxy’s Edge. This new land is located in Hollywood Studios and guests will be able to explore the mythical land of Batuu. One of the rides, Millenium Falcon: Smuggler’s Run, will be open right away, and Star Wars: Rise of the Resistance will be ready in December 2019. Look for your favorite Star Wars characters walking around, enjoy a bite to eat at one of the restaurants, grab some themed merchandise or sip some blue milk. You don’t want to miss this!

Over at Animal Kingdom, you can still enjoy the new Tree of Life Awakenings nighttime show, which celebrates the Lion King to coincide with the recent live-action movie. The show runs every 10 minutes after dark and will end on September 30.

Not only is Epcot celebrating the International Food and Wine Festival, but it’s also bidding farewell to IllumiNations after 20 years. This fall the park will usher in a new nighttime show, Epcot Forever, beginning on October 1. Epcot Forever will celebrate the past, present and future of Epcot, which is sure to spark nostalgia in parents as they share their own memories of experiencing this Disney park as a child.

Now is the time to book that vacation to Walt Disney World to experience the epic fun and history in the making just waiting for you at all four parks.

The 25 most mesmerising aurora images of 2020 revealed