If my canoe makes a noise when I smash sideways into the rock, I don’t hear it. The rapids drown everything. For a moment the canoe is stationary, then it fills with water and tips me out. I try to swim to the bank but make no headway against the current. I remember that the Maoris say their ancestors dwell in the river and I wonder if I am about to become intimately acquainted with them.

I have spent three days on the Whanganui River in New Zealand’s North Island. The Whanganui is the country’s longest navigable river, yet it is notable for more than that – because this is a river that is also a person. In 2017, the local Maoris gained a ruling to give the river the legal status of personhood. “The river has always been a living entity to us,” Maori campaigner Gerrard Albert told me.

He believes the river’s status will protect it: “Everyone has to be conscious that the river has the right to continue to be in a healthy state.” 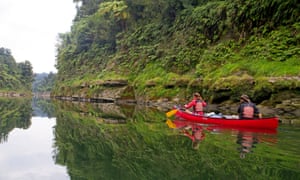 In 2014, the Te Urewera wilderness area on its eastern side also assumed the rights of a legal person. And last year nearby Mount Taranaki gained the same status. The Maoris believe there are no boundaries between themselves and the natural world: it is a continuum.

The river’s representatives are now waiting for the results of a study into its wellbeing. There are concerns about pollution from agriculture and damage from hydroelectric power schemes. The representatives are also deciding how to allocate a NZ$30m (£16m) fund for environmental initiatives.

The Whanganui rises near Mount Tongariro. According to Maori legend the river was created after Mount Taranaki ran away to its present position on the east coast and left a gash behind. Afterwards Mount Tongariro healed the wound with water and the Whanganui was born. 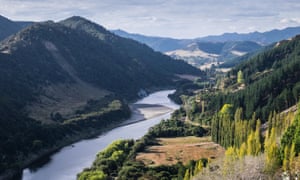 My guide, Hemi Gray, grew up in the mountains. He’s a mountain of a man himself, with a monolithic torso and shoulders. We join the river at the way station of Whakahoro, where I’ve slept in former sheep shearers’ quarters at the Blue Duck Station.

The pulsing melodies of bellbirds fill the air, and the view is of a valley packed with spiky cabbage trees, palms and giant tree ferns. Significantly, there are conifers, too. “You see conifers where there have been human settlements,” says Hemi. The area was farmed up to the 1950s before nature reclaimed it. 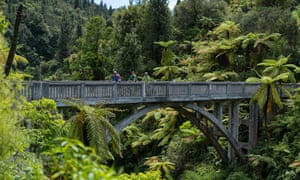 As we begin canoeing I can see the forest continuing down the gorge. The high walls to either side and the saturation of greenery create an enclosed world. It’s intensely peaceful – often we go an hour or more without encountering another vessel – but there is always something to see.

A pair of mallards chug past. I also see kereru, New Zealand’s large native wood pigeons, calling to each other. A large circular lesion in the gorge wall, framed by ferns and creepers, is Tamatea’s Cave, a sacred place named for an early Maori explorer. Soon after, a couple of wild goats trot along the bank and turn to stare at us. 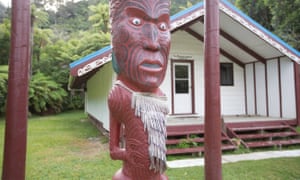 A day-and-a-half of paddling brings us to the Bridge to Nowhere, a monument to the failed hopes of settlers. The concrete bridge was finished in 1936, but within a few years most of the farms to either side had been abandoned. The bridge spans a deep cleft over a tributary of the Whanganui, and in the water far below I can see eels more than a metre long and thicker than my arm (though not Hemi’s).

That evening we stop at the Maori settlement of Tieke Kainga, where we’re to sleep in the community’s marae, or meeting house. After landing we take part in a powhiri, or greeting ritual, with its kaitiaki (guardian), Woody Firmin. Part of this means us singing a song – our Frère Jacques is incongruous, but well-received. Then it’s on to the marae’s version of a hangi, or pit oven, for a meal Firmin prepared by wrapping chicken, lamb and sweet potato in leaves and letting them cook over hot stones. 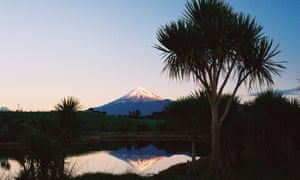 The final day brings the rapids. Oblivious to Hemi’s instructions, I paddle left instead of right and hit the rock. Fortunately he’s at hand to haul me, gasping, on to the bank. Notwithstanding my involuntary baptism I can see why – even though it is not actually a walk – canoeing or kayaking the Whanganui is one of New Zealand’s 10 Great Walks.

Returning to the tumult of the world is hard, but it is consoling to recall Firmin’s farewell: “You’ll always be a part of the river now. And you’ll be a part of us, too.”

• The trip was provided by Tourism New Zealand (tourismnewzealand.com) and Singapore Airlines (singaporeair.com). An all-inclusive three-day trip with Unique Whanganui River Experience (uniquewhanganuiriver.co.nz) is £588pp. Canoes or kayaks may be hired for independent trips (from £90pp for three to five days), but prior experience is advisable

Something to celebrate: 50 favourite places in the UK

A Hidden Haven at Marigot Bay

Walter Cho Appointed as Chairman of SkyTeam Alliance Board ·