Home » Family holidays » Inside the world’s largest cruise ship, Harmony of the Seas

The world’s biggest-ever cruise ship, the 120,000-tonne Harmony of the Seas, has opened its doors to reveal a vast floating town as it was handed over by a French shipyard to its American owners.

At 66 metres (217ft), it is the widest cruise ship ever built, while its 362m length makes it 50 metres longer than the height of the Eiffel Tower. 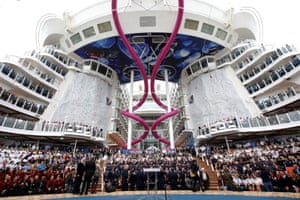 The ship was built for the US-based Royal Caribbean Cruises Limited by the STX France yard in Saint-Nazaire on the Atlantic coast, where a ceremony marked the handover on Thursday. 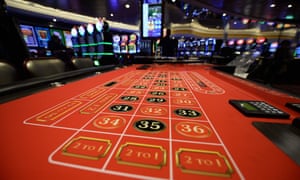 “It’s not only the biggest cruise ship in the world, it’s also the most expensive ever built,” said Richard Fain, head of RCCL, during a ceremony which featured blaring music and tightrope walkers performing splits over the aquatheatre at the back of the ship.

Among the onboard attractions are “The Ultimate Abyss”, a 10-storey slide from the top deck to the main deck which RCCL bills as the world’s biggest ship-mounted waterslide. 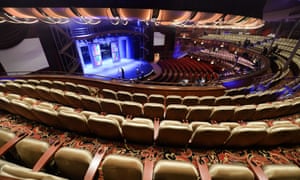 Two robot barmen will serve passengers in the “Bionic Bar”. 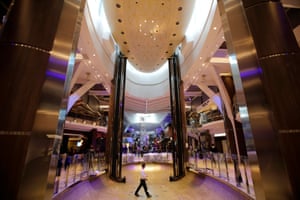 The ship even has its own shopping street and a “Central Park” deck featuring 12,000 plant species.

“Creating this ship in 40 months is an extraordinary feat – it’s the achievement of thousands of people,” said Laurent Castaing, head of STX France. 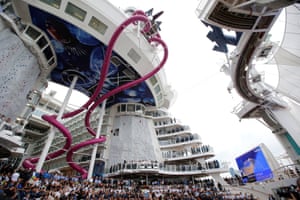 Harmony of the Seas will produce 20% less CO2 emissions than the two largest ships in its class, partly thanks to air pumped into the hull to lighten its load.

It took 2,500 workers at STX France around 10 million work-hours to complete the enormous vessel after work began in September 2013. 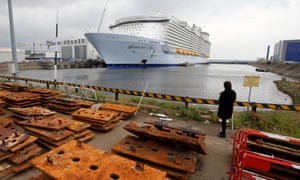 The contract marked a major boost for the boatyard after several lean years.

STX has built 120 cruise ships over its 150 years, and has another 11 lined up for the next decade.

Several hundred workers were still busy putting finishing touches to Harmony of the Seas before it leaves the port on Sunday, weather permitting, for Southampton in southern England. 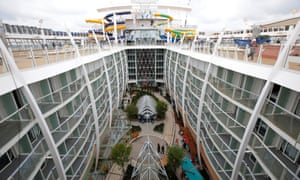 From there, it will embark on its official maiden voyage on 22 May to its new home port of Barcelona, after which it will begin regular cruises through to late October.

RCCL already operates two giant sister liners to the Harmony of the Seas called Allure of the Seas and Oasis of the Seas. They are marginally smaller than the new ship.

Hotels.com reveals the most unexpected cities loved by Aussies ·

Adventure bound on Latitude 33’s coast to the cape ·

Natural escape at the Kaana Resort in Belize

easyJet issues iPad safety warning for flight passengers – does this affect you?