Home » Family holidays » ‘I was sleeping when the Wall fell’: Berlin stories, 30 years on

Born in Radebeul, eastern Germany. His retrospective will be published by Siedl in 2020, with an accompanying exhibition at C/O Berlin
I moved to East Berlin, from Dresden, at the end of the 1970s. I lived in Prenzlauer Berg for most of my time there, on different streets – Kastanienallee, Winsstrasse, Choriner-Strasse. It was one of the most interesting places to be for an artist, because all the activists and dissidents were there, too. We could squat the houses, or at least not pay much rent, because they were all in such bad condition and the landlords were (mostly) happy just to have someone in there who could maintain them. Those in power, including the Stasi, were confused by our scene as they couldn’t access it, or at least not completely. There were lots of small groups rather than one big scene. 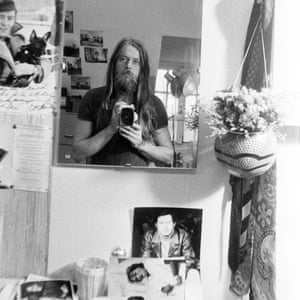 It was a real community back then but the photography style I used was, of course, challenging. Not just because the Stasi were always breathing down my neck but because if I turned up at an event with my camera equipment people would often think I was with the Stasi! I always tried to wave conspicuously to the right people, to reassure everyone that I wasn’t working for them. My long hair helped. 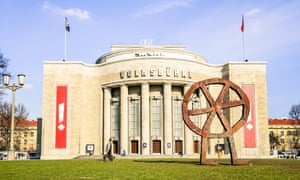 One of the worst experiences I had during those years, though, was not down to the Stasi or being a photographer: it was when I had to do army service as a reservist. I was a single parent and they put my eight-year-old daughter in an orphanage for six months. This was a heavy time as I knew she was unhappy, and I was too.

Harald recommends The Volksbühne theatre, which was active during the GDR era. Tierpark Berlin is a great zoo in the East, and the Turkish Market on the Maybachufer has a great atmosphere.

Born in London, Berlin resident since 2007. Co-founder Bildband Berlin
I first arrived in Berlin in 1985, when I was 24. It was to visit a friend from London who was living on Sonnenallee in West Berlin. Their place was cheap: it had a shared toilet in the hall and was just a couple of blocks from the Wall. Somehow it seemed impolite to go and stare at the Wall; it was something everyone had to deal with but tried to ignore. 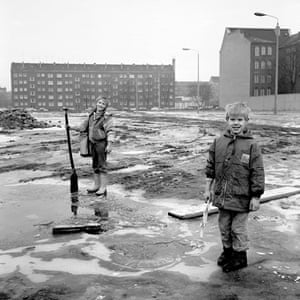 I took a couple of trips into the East on a 24-hour visa, crossing at Friedrichstrasse. It mostly reminded me of the London I had grown up in: bomb sites and patched-up buildings, and the way communal space was shared. I visited again in January 1989, as a photojournalist covering the Festival of Political Songs, and met a Hungarian who showed me how to lose my Stasi minder, and I hung out with him and his East German mates for a few days. I actually watched the Wall come down from London. By the time I got back to Berlin for Christmas 1990 it was the middle of a very cold winter and there was just a space where the Wall had been. Instead of taking hours to get through the checkpoints, you could just cross the road and be in a different city, a parallel universe. I don’t think anyone was ready for that. 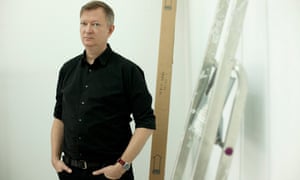 Joe recommends The Russian memorial at Treptower Park, the flea markets in Spandau and Marzahn, the Berlinische Galerie, C/O Berlin photo gallery, 8mm Bar, Bar Tomsky, Dream Baby Dream bar. My favourite place in the world though is the Plötzensee boathouse cafe, near my studio in Wedding.

Born and lives in Berlin, where she runs We Are Not Alone raves at Griessmuehle
I was sleeping when the Wall fell. I didn’t believe the news at first but then I got out of bed, turned on the TV and started to cry. Even as a child, I always felt that my friends and I were somewhat imprisoned in West Berlin. There was always a strong military presence in the city: tanks on the streets, allied military exercises. My family was also separated by the Wall: one part living in the West, the rest in the East. 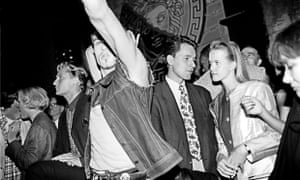 If I wanted to visit my relatives in East Berlin, I had to go through the border crossings, which were always strictly controlled and always frightening. So, when the Wall came down, it gave me a real sense of freedom that I can still feel within me today. Initially, it meant I could discover the eastern part, which was around the same time the club scene exploded. My circle of friends changed within two years and my future from that point on was music. I started playing in those early clubs like Tresor and E-Werk. Ever since, techno has been something emotional for me, not just a short-lived trend; it represents a special time and a permanent feeling in my life. 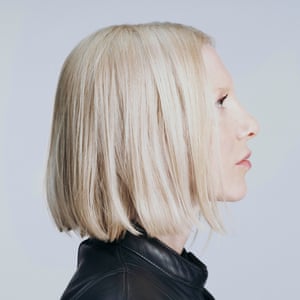 Ellen recommends My favourite restaurant is Prater in Prenzlauer Berg because it still has such an original look and atmosphere. I also enjoy going to (and not just playing at) clubs such as Griessmuehle and Berghain. A cafe favourite s is Altes Europa in Mitte’s Gipsstrasse, which was also around before the fall of the Wall.

Born in the US, Berlin resident since 1987, co-creator of Love Parade, which ran from 1989 to 2010
I came to West Berlin in 1987 and was blown away at how it was cheap but also safe – a rare combination at that time, especially coming from New York. A friend was already living there, and the first place I found was a huge loft space, which I shared. It cost me around 30 marks a month (which would be about €15 today). The film Wings of Desire had just been released and I had watched it the night before leaving. It felt like pretty much everyone from the movie was living in or passing through this loft: musician Roland Wolf, Nick Cave and other members of the Bad Seeds, members of Einstürzende Neubauten. I thought I’d died and gone to heaven. 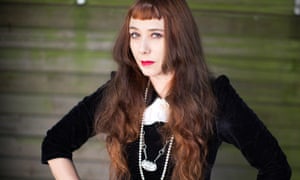 A year later, I started dating Dr Motte, with whom I started the Love Parade. Our apartment was on what is now Axel-Springer-Strasse and the front door was a few metres from the Wall. In fact, the kitchen window looked over the Wall, and there was a watchtower opposite, so we had to buy net curtains to stop them peeking in. In the winter of 1989 I left Berlin for a performance in Austria. Motte, who is a Berliner, called in tears while I was there, to tell me the Wall was down. I arrived back in Berlin the morning after, about 7am. It had snowed and there was no one at the checkpoints. I waited for half an hour anyway, as normally you had to stop or get shot, and we didn’t know if the guards might be hiding. Afterwards, they pulled up a piece of the Wall outside our house and we walked right into East Berlin and started to discover the streets, and all the empty buildings. 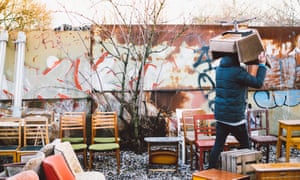 Danielle recommends The Mauerpark flea market. Berlin was one of few places back in the 80s that had good flea markets, and every time I go I get that feeling of the old Berlin. The karaoke singing there in the summer is great, too. I also like Arkaoda, a club in Neukölln that’s Turkish-run and is multicultural; the music director also runs the amazing Fusion festival. For restaurants, try Kopps, a vegan spot that has a delicious Saturday and Sunday buffet.

German-born, Berlin resident since 1990
I came to Berlin from a town near Hamburg. The Wall had just fallen, which made it the most fascinating German city to live in, and I had just finished school and had family and friends here. The idea was to study but I soon got caught up with different projects, mostly organising concerts at the venues that were popping up around Mitte – Tacheles, Schokoladen, IM Eimer, ACUD – but also theatre and spoken word, too. There was a lot of crossover between disciplines as well as people in those days. 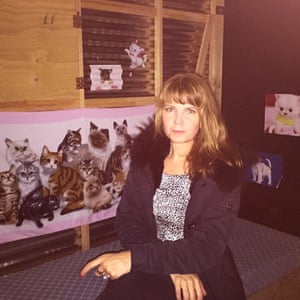 The scene didn’t feel small but everyone still seemed to know each other. We were all living and running the houses we lived in, fixing the toilets and painting the windows instead of paying rent. My favourite part was working with the bands from the former Soviet bloc. We’d work with all the local venues to arrange a kind of mini-tour for them in Berlin, to justify them coming. As well as a lot of great punk and folk music, we also had amazing conversations that it hadn’t been possible to have before. This community feel was really special. There was a sense of belonging to the city. It wasn’t about money. I don’t think that exists in the same way anymore. 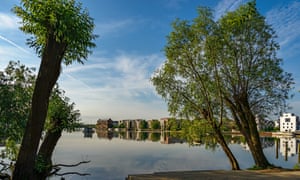 Anke recommends It’s funny as for many years Mitte was Berlin for us. It was where we lived and worked, and never really went outside the area. But nowadays I enjoy the rest of the city. I especially love big spaces, such as Tempelhofer Feld in Neukölln and also Rummelsburger Bucht, a bay in the Spree. Also, in Mitte, I still like going to the Volkspark am Weinberg and the nearby bookshop, Ocelot.

What We Lose When We Lose the Amtrak Dining Car