Home » Family holidays » Hooked on Galicia: spectacular seafood … but not without a fight

It’s one thing to cook an octopus. It’s quite another to catch one, to actually haul an octopus out of the sea and try to convince yourself, as its tentacles wind around your arm, that you’ll be eating it for dinner, not the other way round. The Basque chef Nieves Barragán Mohacho, who has just opened a new restaurant in London called Sabor, has done plenty of the former. She can tell you in the finest detail how to select, prep, boil and serve – with olive oil, paprika and pinches of sea salt – these remarkable sea creatures.

What she hasn’t done is catch an octopus – until this morning. We are in a boat off the Galician coastal town of O Grove, in north-west Spain, and a fisherman in yellow oilskins named Felix Piñeiro is lifting octopus pots out of the steel-grey waters. Everything around us – the laid-back peninsula town, its neighbouring islands – is obscured by heavy mist, focusing our view on the task at hand.

“Huge nécoras,” she says excitedly, using the Spanish word for velvet crabs, which are a delicacy in this part of the world.

A few minutes later, a larger pot resembling a bucket is winched to the surface, water spouting through a hundred tiny holes. As Nieves opens the pot, her face becomes momentarily unreadable. She reaches down and, with some difficulty, hoists into the air an enormous octopus, burnt orange in colour, its white-suckered tentacles flailing about in all directions.

“Unbelievable!” she cries, struggling to keep her grip on it. “I’ve never seen one this big.”

She looks half-delighted, half-daunted as the tentacles twist up her sleeves. “Puta madre!” she laughs. “It’s pulling me down.” 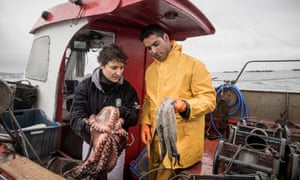 This experience – feeling awed and a bit overwhelmed by what comes out of the sea – may sound familiar to anyone who’s been to Galicia. This rugged region is an extremely beautiful place to visit. With more than 1,000km of Atlantic coastline at its disposal as well as countless bays and estuaries, or rías – where shellfish grow large and juicy in nutrient-rich waters – it’s also one of the most exciting seafood destinations on the planet.

Octopus is the main focus of this trip. Nieves is researching local cooking methods for her new restaurant, where she plans to cook octopus Galician-style in large copper pots – but that doesn’t mean we’re ignoring all the other delights the region has to offer.

We begin where most pilgrimages to Galicia end – in Santiago de Compostela, about 70km inland from O Grove. For the tens of thousands who each year walk the Camino de Santiago, the pilgrimage to the shrine of the apostle St James the Great, this elegant regional capital marks the final stop. They gather in the wide square next to the 1,000-year-old cathedral, which is said to house the saint’s remains, and lie flat on their backs contemplating their achievement.

The cathedral in Santiago is also famous for its botafumeiro, an enormous brass censer that swings like a pendulum through the transept on certain days of the year trailing great clouds of incense. After a quick appreciation of the cathedral’s ornate interior we hurry on in search of lunch. 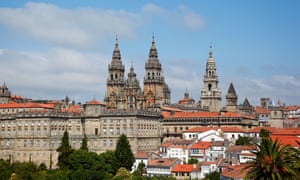 We find it at Mercado de Abastos, the city’s central food market. Outside, local farmers are selling apples, pumpkins and cabbages bigger than basketballs. Under the colonnades at the seafood section, we hoot at our first sight of octopus, and then get distracted by the alien-looking percèbes, or goose barnacles, which are plucked from wave-battered rocks and cliffs along the Galician coast – a risky business for the percebeiros doing the plucking.

Some of the best produce from these stalls ends up at Abastos 2.0, a tiny taberna on the edge of the market. We pause here for lunch before we head north. “People in Galicia are so friendly,” Nieves remarks as we sit out in the sun eating raw sea bass and drinking Estrella Galicia beer. As if to prove it, the restaurant’s co-owner Iago Pazos presents us with a large slab of empanada gallega (Galician pie, this one filled with tuna and red pepper) to tide us over until dinner.

Our base for this trip is A Coruña, an hour to the north. It may not be the prettiest port city, its skyline a mishmash of late 20th-century architecture, but there are many good reasons to visit. For one, the Old Town is an excellent place in which to get lost, as we did on the first night, before winding up at a great little bar called La Bombilla to feast on Padrón peppers and Russian salad. This is just an appetiser for our dinner at Cervecería Estrella Galicia, where a spread of seafood dishes – including lobster, nécoras crabs and a magnificent John Dory – are matched with beers from the distillery. 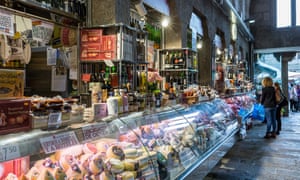 The city’s most arresting sight is the Tower of Hercules, a 55m Roman lighthouse situated on a promontory at the edge of town. Dating back to the second century AD, the lighthouse still functions today and you can climb it most of the way to the top. This, combined with the long walk back along the promenade, via Riazor beach, is an excellent way to work off a heavy lunch.

The next day brings us to O Grove, though we haven’t come here just to catch octopus. Since Nieves first visited Galicia five years ago, she has been making an annual pilgrimage to eat at a restaurant in town called d’Berto.

“He’s got the best seafood, full stop,” she says of the owner Berto Domínguez García, who does the sourcing while his sister Marisol runs the kitchen. “It’s one of my favourite restaurants.”

After a long lunch at d’Berto, starting with oysters, clams and nécoras, moving on to palometo roja, an orange-red fish with gigantic eyes, and ending with a sublime torta de queso (cheesecake), it’s one of my favourites, too. 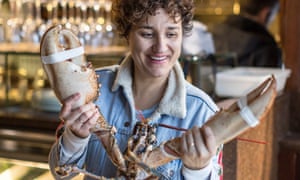 Later, Berto takes us to the local fish market to watch the day’s catch being auctioned. Then it’s on to the Albamar winery in nearby Cambados, where we drink albariño, consume yet more seafood, and afterwards dance (or at least stagger along) to a local band playing traditional music on the gaita, a type of bagpipe which hints at the region’s Celtic roots.

On the menu, incidentally, is the 5kg octopus that Nieves caught earlier in the day. Xurxo, whose family owns the winery, cooks it Galician-style in a large copper pot. Usually octopus is frozen before cooking, to tenderise the flesh; Xurxo softens this one up by whacking it 42 times against a granite headstone.

I must confess to some queasiness at this point, having witnessed the poor thing being caught, killed, and now bashed about on a slab of rock. But my qualms are quickly forgotten when the octopus is served up with caramelised onions and potatoes. It’s a revelation.

“The flavour is much fuller than frozen ones,” says Nieves. “It tastes more of the sea.”

Not a bad thing for an octopus to taste like, all told. Particularly when the sea in question is the one crashing against the shores of Galicia.

Double rooms at the Parador (aka Hostal dos Reis Católicos) in Santiago de Compostela from €142 a night. The A Coruña Finisterre Hotel has doubles from €80 a night. British Airways flies from Heathrow to Santiago from £48one-way