London in the 1950s and 60s was an ebullient, technicolour time. But it was also an era during which most of monochrome Britain regarded “the Continent” as a place of “rabies and intellectuals” – as New York Times journalist Roger Cohen, raised in north London, put it in a book about his mother.

I didn’t care about rabies, and wanted to meet and emulate the intellectuals. When I was in my mid-teens, fuelled by the uprisings of 1968 in Paris and Prague, the world – my life – began when the ferry pulled out of Dover. Clutching my blue SNCF rail ticket, watching the cliffs recede with a sense of liberation, across the choppy Channel to dock in Calais, transferring to the Paris train, traversing the capital to Gare de Lyon and boarding an overnight iron horse to points south. Destinations: Provence, or Italy, or Austria, or the then-turbulent Basque Country and Spain.

I was in a dotty band then, and wrote a silly rocker entitled Down to ’Spaña which opened: “Were you ever on that night train/Leaving Paris in the pouring rain?/To greet the light of Dordogne dawn-break/C’mon move now, huh/Down to ’Spaña.”

I relished those journeys, staring out at sulphur-yellow lamps illuminating stations and goods yards. As a (much better) John Cale song puts it: “Looking out from here/At half past France.” You’d hand your passport to Italian customs at Chiasso on the Swiss border – this no longer happens, of course – then head across the Po valley, through cypress-strewn hills in Tuscany and Lazio and on to Rome, exhausted, happy, blinded by the light. 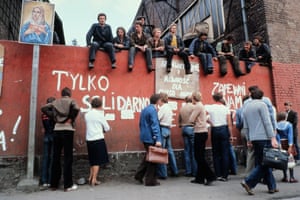 Come the 1970s, most of my generation saw Europe on an Interrail pass, which afforded unlimited travel for a month. But I travelled à la carte, loth to hurry around. I didn’t want to leave a place until I’d come to know it a bit, established myself with the clientele of a bar on some cobbled square, fully explored the museums and backstreets, perhaps even caught a football match.

Apart from one summer in Chicago, this was how I spent every Easter and summer holiday, and every penny earned – to change into lire, francs, schillings or pesetas. Then came the moment to cast my first vote in 1975: over whether Britain should remain a member of the then European Economic Community. I had finally come “home” – and a decade or so later, I would have the words “European Community” on my passport.

I had worked hard on French at school, and took Italian lessons in the evenings, aware that I needed a toolkit of vocabulary and grammar. It’s one thing to take a taxi from Seville’s Santa Justa station and rely on the driver’s pidgin English; it’s quite another – and works out cheaper – to ask whether he is a palangana (supporter of Sevilla FC) or a bético (fan of rivals Real Betis, after the Roman name for the city’s Guadalquivir river) and why. 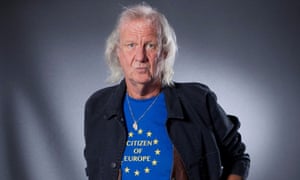 I wore Kickers shoes, even though I disliked them, because they were originally made in France and looked ‘“continental”. In the mid-70s I bought my first car – a Citröen 2CV – in Brussels, so that the steering wheel would be on the “wrong” side in Britain. Two Renault 5s followed in the same vein – it was 20 years before I bought a car with a steering wheel on the British “right” side (a sturdy Volvo, still on the road, from the then editor of this newspaper).

I didn’t want to be a tourist; I wanted to be a European. A true “cosmopolitan”, as envisaged by Diogenes, who coined the term. For me, to be European is existential. It’s about who and what we are. It defines a way of being, sans frontières, a state of curiosity about the way other people live and a burning need to partake in it, speak their tongues and understand not just their cultures but their quotidian modus vivendi: beliefs, music, football, food, firewater and wine.

Of course, I arrived in the Americas and elsewhere, but that belonging was never on offer. Being European was, and I duly took my citizenship not from Britannia, but from the Phoenician princess, mother of King Minos of Crete – Europa – and the words “European Union” on my passport. 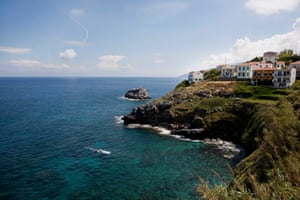 I’ve travelled the far corners of Europe, and occasionally lived between them: from County Mayo’s wild seaboard, to fishing villages along the Black Sea shore and Danube delta, and the rocks of Ikaria island in the south-east (though I don’t claim to speak Romanian or Greek). From midnight sun and midday darkness in the Nordic north to the passeggiata beneath Mount Etna in Catania, Sicily, and the docks of Tarifa in Andalucia, from which a good outfielder could attempt a throw into Africa.

We had wonderful but purposeful, busy and focused family holidays across Italy and France, scouring minor museums in small towns. In between were picnics with wine – my mother sketching people in cafes, my father etching church architecture. I got my first-ever job at the Vienna Staatsoper in January 1973 and enrolled at the University of Florence later that year. When friends hit the hippie trail east, I stayed in Italy, preferring to investigate Bologna and Milan. Except for exploring the Americas, I returned scores of times, mainly to Italy, France and Belgium and the Netherlands. I had a Swedish life for a while, for failed romantic reasons.

I travelled not to “holiday”, but to conjoin European life; I read newspapers, not guide books. I wanted no part in the fantasies of Brits in Tuscany or Provence; I travelled for work, for pleasure, for language, art and football, for the musky scent of old stone, light and landscape, love and love’s wreckage – out of deferential but insatiable curiosity, to listen and learn. If a holiday, or money, ran out halfway along a valley, I’d endeavour to return to the same place, and carry on up or downriver.

In 1990, my dream came true, and I was posted to Rome by this newspaper. I didn’t deliberately shun expats and the international press; I just preferred to hang out with Italian colleagues, friends, rogues and neighbours, watching AS Roma, Juventus and SSC Napoli, where I had a season ticket. 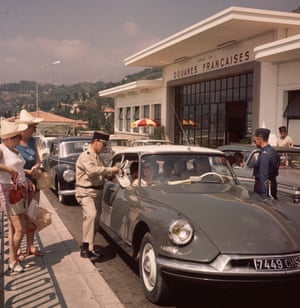 By then something remarkable had happened to Europe. Back in 1981, my work had taken me to Poland, and early cracks in the communist edifice, following the 1980 strike at the Gdansk shipyard. Then, in 1989, I had found myself reporting from Berlin and Bucharest as Stalin’s walls crumbled.

The dream that Europe’s reunification could be peaceful twisted into nightmare across former Yugoslavia, but there was this: how would one have replied to a whisper on the wind through the Croatian town of Vukovar, as I reported it being levelled into the dust of its own stone by Serbian artillery in 1991, predicting that within 30 years, this place would be in the EU, and London out?

On Mayday 2004, I was in Warsaw with friends from Gdansk days celebrating Poland’s accession to the EU – an affirmation as important to them as being part of the union was to me. Later that night, I was with a “Polish noise” band shattering rusty ironwork in a disused factory – and so began a relationship with that country too.

The closest rapport, though, is genetic, and part of my life since I wrote a university thesis on the Irish Troubles in 1974, more interested in Belfast and Derry than any dreaming spires of Oxford. My bond to Ireland was bequeathed by two Irish grandmothers. Ireland is now Europe’s most interestingly changed country – in large part because of the EU – and one of its youngest, demographically. For decades, people like the great writer Edna O’Brien left what they saw as the myopic and inward-looking green-letterbox island off the coast of Britain for the breezy cosmopolitanism of red-letterbox-land. Now the roles are reversed – inward-looking England and Wales off the coast of international Ireland.

Where did all this lead “my” Europe? The continent became an entity and identity, not necessarily in people’s self-perception, but in living-breathing reality. Some 400 million people cross 26 countries without having to show their passport, under the Schengen treaty. There are now 2 million “Erasmus babies” born to students from all over Europe, under the inspired 1987 scheme whereby any student in the EU can study and settle in any of 28 countries – now 27. How marvellous is that?

Millions of people whizz, work and abide across a continent not without its problems, but without internal seams. And remember: they are the grand- and great-grand children of those who endured slaughter in the first world war. Children and grandchildren of a Europe ravaged by Holocaust and the second world war. Children of the cold war and Berlin Wall. Have the Italians, Dutch, French, Romanians, Latvians and Portuguese lost their identity to this process? No, they’re just part of it. Nor did the British, and we were part of that too but now we’re not. I was all my adult life, and now I’m not. In 2008, I submitted an article to the Observer on the slipstream of England’s failure to qualify for the 2008 Euros (played in Austria and Switzerland), arguing that this was a metaphor for what Europe would look like without Britain – calmer actually, without England’s awful fans.

Fair Europa, fare thee well – and thou shalt, without us. I’ll still savour your ways, your beauty and your tribulations – but as a visitor, not a citizen.