Excited to get your bird’s eye view of Walt Disney World Resort?

The Disney Skyliners will be opening their doors to guests starting on September 29.

The idea for the Disney Skyliners was first introduced at the D23 Expo in Anaheim in 2017 after confirming rumors for the new gondola system in April 2017. Since then we have been hanging on to the little bits Disney has given us about its newest mode of transportation – sneak peeks at the artwork, where the Skyliners will be and all the updates on construction progress posted by fans on social media. 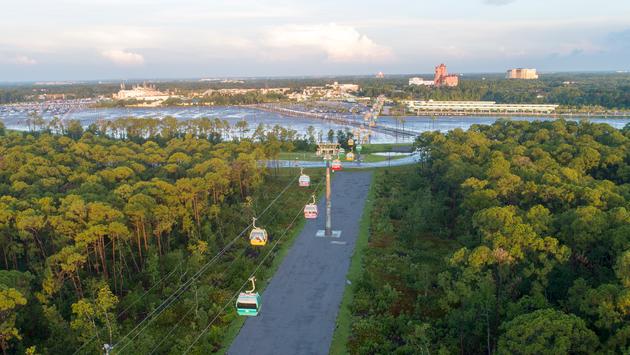 The Skyliners have been in the testing mode it seems like for most of the summer, showing off their colorful array of artwork for the past few weeks.

– Pirates of the Caribbean

Walls have already started coming down in some spots around the loading stations, sending social media into a frenzy.

Now only the final touches and tests need to be completed before guests can start boarding the gondolas at the end of September.

This highly anticipated new debut has travelers intrigued to see how it all will work once completed. It’s just another way Disney continues to innovate and excite guests from all over.