Most visitors to China are inevitably drawn to the headline-stealing trinity of Beijing, Shanghai and Hong Kong, all enormous, vibrant cities that are, justifiably, at the top of the list of must-sees. However, China has more than 100 cities of over 1 million residents, many of which remain little known to foreign travellers but boast attractions worth more attention.

In the southern half of China’s fertile Jiangsu province, Suzhou has earned the nickname the Venice of the East thanks to its network of historic, picturesque canals. Suzhou has long been affluent and it supported a famous arts and cultural scene during the Ming (1368-1644) and Qing (1644-1912) dynasties; it maintains a reputation as a centre for intellectuals to this day. While the city is now home to more than 6 million, the majority of whom live in the modern new parts of town, Suzhou’s old town features tiny canal-side alleyways, elegantly arched stone bridges and traditional whitewashed buildings overlooking beautiful gardens. 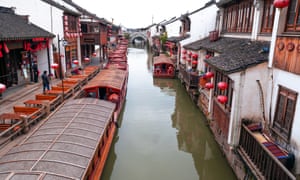 While many come to Suzhou for its refined heritage, the big draw is the city’s historic gardens, nine of which are Unesco world heritage sites. Built over thousands of years by scholars and retired government officials, the gardens are exquisite examples of the classical Chinese style. The largest and most famous is the Humble Administrator’s Garden, which, while stunning, can get extremely busy. Visiting smaller gardens such as the Garden of Cultivation gives a better sense of the peaceful havens the gardens were originally designed to be. The city is also renowned for its silk production and has an excellent museum dedicated to the commodity.

Where to stay
In the midst of Pingjiang Road, Suzhou’s most famous historic canal street, Dongfang Hostel (doubles from £45 room-only) offers seven modern rooms with traditional Chinese design touches and is within walking distance of many of Suzhou’s best attractions.

Getting there
Suzhou does not have its own airport. High-speed trains run regularly from Shanghai, taking as little as half an hour, and from Beijing, in around five hours. 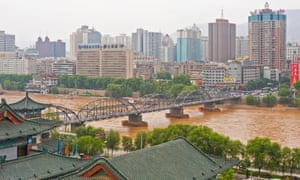 While sprawling, industrial Lanzhou itself is not a pretty town, its position at the head of the Hexi Corridor means it is the gateway to western China and a meeting point for distinct ethnic cultures. Its population of almost 4 million is made up of central Chinese Han, Hui Muslims and Zang Tibetans, influencing the city’s architecture, culture and food. A journey westwards through China is likely to pass through Lanzhou, which for centuries has been a transport hub, a vital stronghold along the Silk Road and the principal crossing point of the Yellow River, the city’s greatest sight.

Crossing the Yellow River, which in recent years has been cleaned up and gentrified, is the Zhongshan Bridge, the first permanent bridge built across the river and now a major tourist attraction. From here, it’s an easy walk up the steep hillside of White Pagoda mountain park for good views over the city. Lanzhou’s white-tiled Xiguan mosque is the city’s largest and has Ming Dynasty heritage. Lanzhou is a great place for food lovers; its namesake dish, Lanzhou beef noodles, are served spicy for breakfast, while Hezheng Road night market is the place to sample flavours of north-west China, including seasoned barbecued meats.

Where to stay
Being a large industrial city, Lanzhou lacks charming local-style hotels. Ibis Lanzhou Zhangye Road (doubles from £32 room-only) offers basic but clean rooms a short walk from Zhongshan Bridge. Zhangye Road is a hub for restaurants and shops. 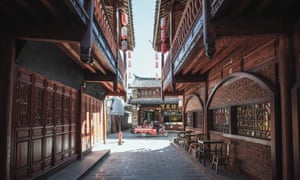 Modern Lijiang is on a plateau, 2,400 metres above sea level and features a small Unesco world heritage old town, which is a picturesque maze of cobbled lanes, divided by a network of canals and pools that once provided the city’s drinking water. Lijiang is in China’s Yunnan province, which borders Vietnam to the south, and has long been home to Naxi, Yi and Bai ethnic groups, whose traditions can be experienced at the Impression Lijiang show, a performance that uses the city’s surrounding mountains as a spectacular backdrop.

Since being damaged by an earthquake in 1996, the area’s traditional wood and stone buildings have been carefully restored, along with the graceful waterwheels that are among the oldest irrigation tools in China. Lijiang’s beauty has led to it becoming one of China’s biggest tourist draws and, in many ways, a victim of its own success. It is possible, however, to nip off the main tourist drags and wander backstreets free from crowds. With the peaks of Jade Dragon Snow Mountain rising behind, the elegant Deyue Pavilion is extremely beautiful and one of the city’s must-sees.

Where to stay
Featuring design elements from local Naxi ethnic culture, Lost Horizon Resort (doubles from £66 room-only) is a few minutes’ walk from Black Dragon pond park, home of Deyue Pavilion. Some rooms have private terraces, others have garden views.

Getting there
There are a couple of flights a day from Beijing to Lijiang’s small airport, taking around 3½ hours. Alternatively fly to Kunming and transfer. 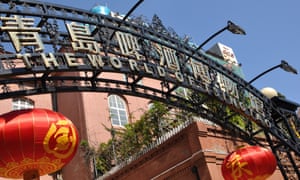 While many will, perhaps unwittingly, recognise this seaside city’s name from sampling a bottle of China’s best-known beer, Tsingtao, few may know that Qingdao’s famous brewery is the result of the city’s German past. Annexed by Germany in 1897, after the murder of two German missionaries, it was ceded to the country for 99 years. Qingdao made an ideal deep-water port for the German navy and, while there, they established a brewery that produced the now-famous beer. The city was eventually taken over by the Japanese in 1914, before being returned to China in 1922. 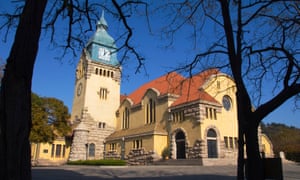 A high-rise modern city of almost 6 million people, Qingdao maintains touches of its Germanic heritage. The splendid Governor’s House Museum offers an interesting glimpse into the city’s past, while the red-roofed protestant church is on a street of other German-style buildings. Beer fans can tour the Tsingtao Brewery and every August there’s an international beer festival, while year-round the adventurous can make like the locals and sample Tsingtao Draft on the street in a plastic bag.

Where to stay
With rooms opening onto central courtyards decorated with nautical ornaments and photos from the owner’s travels, the Wheat Youth Hostel (doubles from £22 a night, room only) has a friendly, communal feel, while offering simple private rooms with en suite bathrooms.

Getting there
Regular high-speed trains from Beijing to Qingdao take around five hours, while flying takes 1½ hours. 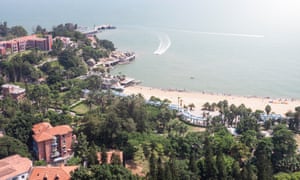 The old port town of Xiamen is perhaps better known to outsiders as Amoy, the name used by foreign traders when the city was one of China’s Treaty Ports, opened after the first opium war ended in 1842. The city, however, first came to prominence during the Song Dynasty (960–1279), when its naturally deep harbour became a hideout for pirates and a centre for illegal imports. During foreign occupation in the 19th century, Xiamen was famous for exporting teas from south-eastern Fujian province, before this trade moved to Taiwan. With mild and pleasant weather all year round, Xiamen is home to some of China’s nicest city beaches. Its relatively relaxed, holiday-resort feel belies the city’s huge size – almost 4 million people live here. There’s an atmospheric old town, with bustling narrow streets leading down to the busy seafront. Gulangyu Island, a 10-minute ferry ride off the city’s coast, was Xiamen’s foreign concession until the second world war and features the crumbling old colonial mansions of Europeans and Japanese settlers. Out into the countryside surrounding Xiamen, the otherworldly earthen Hakka roundhouses are worthy of a visit.

Getting there
Regular flights from Beijing take around three hours, while the quickest trains from Shanghai reach Xiamen in about 6½ hours. 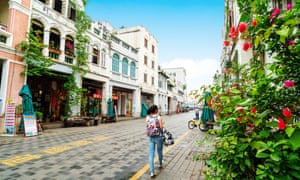 Haikou, capital of Hainan Island, China’s southernmost province, has all the character of a typical south-east Asian city: a humid climate, pleasantly decaying colonial architecture, a laid-back vibe and palm tree-lined streets. With a population of around 2 million, Haikou is the driving force behind Hainan’s economic development and has long been an important port; the city was opened to foreign trade under the Treaty of Tianjin in 1858. Hot year-round, Haikou makes for an interesting stop en route to exploring the rest of the island. Be sure to hit the old town’s unrestored backstreets for a glimpse of Haikou daily life, complete with washing strung up along telephone wires. Arcade buildings are the norm in this area, giving the Qi Lou (Arcade) Snack Street – the best place to sample the city’s street food – its name. Down the coast, the four-mile-long Holiday Beach hosts water activities such as windsurfing and kayaking on its golden sands.

Where to stay
Qilou Huanke 1921 Boutique Homestay (doubles from £41 a night, room only) is on pedestrianised Zhongshan Road, in Haikou’s old town. Simply decorated, combining minimalism with traditional Chinese elements, the hotel features a terrace overlooking the bustling streets.

Getting there
Regular flights from Beijing take around four hours; three hours from Shanghai.

Aranui Takes Guests to More of French Polynesia in 2020 ·

These are the luxury hotels we loved in 2019

Most agencies adapting quickly to keep their businesses alive

A cinema, a pool, a bar: inside the post-apocalyptic underground future