The Firefly Estate was the home, and is now the burial place, of Sir Noël Coward. The land was once owned by the infamous pirate Sir Henry Morgan, and it commands one of the most amazing coastal and mountain views in Jamaica, overlooking the town of Port Maria. It was a haunt of the early jet-set crowd – everyone from the Queen to Ian Fleming was entertained at Coward’s modest villa.

The one-bedroom property is a National Heritage Site and is open to the public throughout the year (entrance US$15). It should be a tourist trap, but it isn’t; it’s an idyllic spot, and worth the drive.
• Galina, nr Port Maria, firefly-jamaica.com 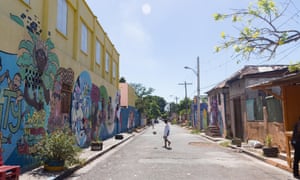 In the past, Parade Gardens in central Kingston was better known for its two warring communities, Southside and Tel Aviv. But in 2014 Marianna Farag came together with a group of young Jamaican artists and the local community to start Paint Jamaica. Using the shell of an old warehouse at 41 Fleet Street as a canvas, they covered the walls in murals, which have now spread up and down the road.

Across from the main building is the most incredible urban garden, Life Yard. The almost hidden entrance between two houses leads into a farm, which feeds a community and supplies the vegan and vegetarian restaurant hidden away behind the street’s walls. This serves Rastafarian Ital food, a natural way of cooking that avoids processed food, additives, oil, salt and sugar. Try the pine (apple) and ginger juice – it’s to die for (J$250, around £1.50).

Life Yard is a good example of how community action can revitalise parts of the inner- city. It’s run by Shane Morgan, who grew up in this part of downtown and is an amazing guide to the area.
• lifeyard.org 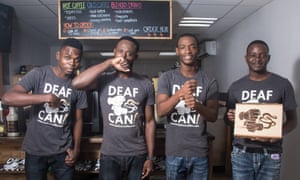 Coffee was first planted in Jamaica in 1728, and the island is famous for its Blue Mountain beans (however, most of the island’s supply has historically been exported to its biggest market, Japan). Deaf Can Coffee in Kingston is a social enterprise set up to empower the deaf community, and here they are trained in all things coffee, from planting to roasting; the company also works alongside existing coffee shops to provide baristas around the island. The shop sells its own beans, as well as a variety of shots, from nitro cold brews to lattes (from £1).
• deafcancoffee.com 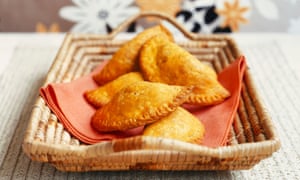 The Jamaican patty is a staple comfort snack, and the yatti is the vegan version served at 7 Basics & More, a Jamaican institution. It’s a Rastafari-owned restaurant that’s known locally as House of Dread, the name of the football team that used to play on the field next door. One of the players back in the 70s was Bob Marley; now a new generation of reggae musicians, including Protoje, Chronixx and Marley’s son Damian, are among those who come for vegetarian Ital meals. Start with a Sip, the vegan version of soup, and then a yatti – the ackee soft shell or lentil and pumpkin (both around £1).
• 3 Vinery Rd, Vineyard Town, Kingston 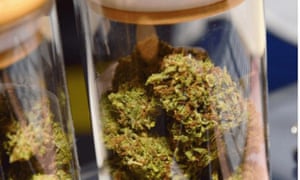 Since Jamaica decriminalised marijuana in 2015, it’s even easier to find the local herb. But because of the regulations regarding medical marijuana, the herb houses tend to be either too clinical or too touristy. Kaya is a dispensary just outside the tourist resort town of Ocho Rios that gets it just right. It’s a great spot to grab a Marley coffee and enjoy a variety of ganja-based products (from US$10 a gram) in a smoke lounge with a good vibe. They can order a taxi home too, which helps!
• growkaya.com 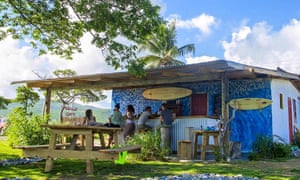 Jamaica is not renowned for its surf scene, but out east there’s a dedicated crowd who ride the waves. As you head out of Kingston and into the parish of St Thomas, the coast road leads to White Horses, a beautiful stretch of coastline. About five miles down the road is the Longboarder Bar and Grill. Set up by Peter Silvera, a Trinidadian, it serves locally grown coconut water with the perennial favourite, Wray & Nephew white overproof rum, and it looks out over some of the best ever sunsets – it must be somewhere special for a “Trini” to call this place home.

The opening hours can be sketchy, so give the bar a ring, and check its Instagram for upcoming events.
• On Facebook 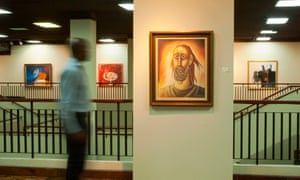 All the island’s best historical and contemporary art in one place, at the National Gallery, which spans nearly 1,000 years, from the earliest inhabitants through to the 1980s, with works by important Jamaican artists such as Mallica Reynolds through to pre-20th century artists like Isaac Mendes Belisario and Adolphe Duperly and sons, as well as, Joseph Bartholomew Kidd, . The gallery has recently partnered with local group Kingston Art Walks, and on the last Sunday of the month it hosts a range of cultural activities on the waterfront, with free tours of the exhibitions, musical entertainment and probably the best-value Blue Mountain coffee in Jamaica (95p a cup).
• nationalgalleryofjamaica.wordpress.com 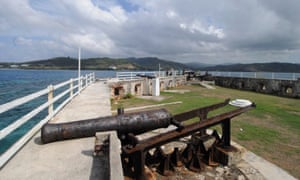 The British army had a military presence at Newcastle from the mid-19th century, and this base was set up to allow its troops to acclimatise to the tropics. Built on a former coffee plantation in the Blue Mountains, it overlooks the capital and has commanding views. It is now a training base for the Jamaica Defence Force, but a new museum and collection chronicles its history and the regiments stationed there. Tours can be arranged via the Jamaica Military Museum and Library at Up Park Camp in Kingston. 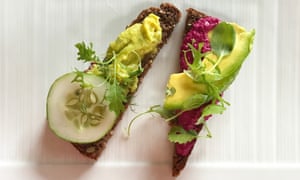 You have to ring ahead to book at Stush in the Bush – a vegan experience that offers good old Jamaican country cooking. Lisa is the Stush one, Jamaican for glamorous, and Chris, her farmer husband, who brought her into the bush here at ZionItes Farm in St Ann, on the north of the island. The meals are sumptuous – six courses, featuring coconut-crusted yam, sweet potato and pumpkin gratin, watermelon radish with chimichurri costs US$95.; but give me their plantain chips and a bottle of their homemade Blow Fyah sauce and I’m in my happy place – it’s the hot sauce all food should be compared with.

Swim in a waterfall 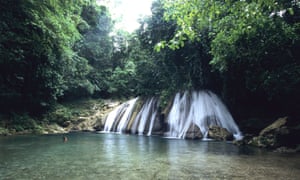 For off-the-beaten-track adventure the parish of Portland, in the east, has fallen off the grid. It is, in my humble opinion, the most beautiful corner of the island, where the Jamaican tourist industry started – but since then, its distance from the main airports has turned it into a backwater. Reach Falls allows visitors to jump into the glistening waters below. It also has a small underground section that you can swim through: it’s not for the faint-hearted, but it’s an experience you’ll never forget.

Best time to go
The average winter temperatures is 31C. Bob Marley Week takes place in Kingston in the first week of February (his birthday was 6 Feb) with a series of concerts and talks organised by the Bob Marley Foundation and Bob Marley Museum.

Where to stay
A few kilometres from the Botanical Gardens and the Bob Marley Museum, Tranquility Estate is a B&B on Jacks Hill overlooking Kingston. It offers four suites from £95 a night, a wraparound terrace, gardens with banana, mango and avocado trees, and a swimming pool.

The samurai who charmed the courts of Europe

The Best Ski Huts to Book for a Backcountry Getaway

IHG announces all hotels will switch to bulk size amenities ·