Fruitful seasons for riding the Algarve

The summer heat would make southern Portugal particularly challenging for cycling, but spring and autumn – with cooler temperatures and coastal breezes – are perfect for it. This new cycle holiday from Chapters Holidays is a week-long trip around the lesser-known eastern Algarve based in Monte Gordo and starting this autumn. Cyclists will ride around 25km a day on coastal paths, finding secret beaches and small islands, while also snaking inland to cobbled hill towns. There’s also a day-long jaunt across the Guadiana river into Spain. Each day will end with a spread of local food and wine; expect fresh seafood and red wine from the vineyards of Tavira.
• Seven days from £1,199pp including half board accommodation, return flights, cycle hire with helmet, boat trip, tapas in Spain and local transport, chaptersholidays.co.uk. Departures: 14 October 2017, 11 March and 22 April 2018 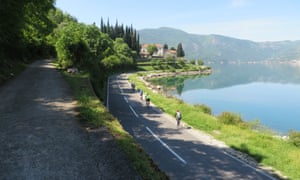 For those after a more challenging trip, this eight-day Balkan Trilogy tour offers a decent workout, with about 80km covered each day. Starting and finishing in Dubrovnik, the tour encompasses some of the region’s best road rides. It takes in villages, vineyards and the Dinaric Alps, crossing into Bosnia-Herzegovina and Montenegro, with a ride around the Bay of Kotor and the Lovćen national park. It’s an incredibly varied route with the chance to clock up some beach time on the Dalmatian coast including a trip out to the island of Korčula.
• Eight days from £995pp, including all meals and accommodation, keadventure.com. Flights not included. Departs 30 September 2017 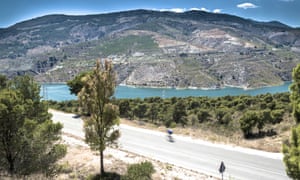 New for 2017 from cycle-travel specialist Skedaddle is this guided tour taking in three of Andalucía’s most exciting cities. The nine-day trip ties together Córdoba, the birthplace of flamenco; Granada, a city known for its fine architecture; and Seville, a buzzing destination with a rich culture and great tapas bars. The tour is at a “leisurely” pace – expect to travel between 21km and 59km each day – on a route that “meanders through craggy sierras, passing castle-topped villages”. Departs 9 October, avoiding the intense summer heat.
• Nine days from £1,360 including breakfast, lunch and hotel accommodation, skedaddle.co.uk. Flights not included. Optional bike hire £175.

Dally by the Danube: Passau to Belgrade 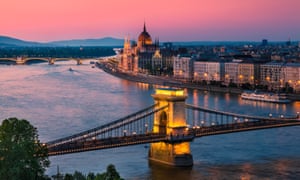 A two-week jaunt cycling (and travelling by boat) from Passau, Germany, along the Danube and through some of central Europe’s finest cities, this is bound to be a memorable bike adventure. The itinerary takes in Vienna, Bratislava, Budapest and Belgrade, from Austria’s Wachau region with its vineyards and castles and the majestic Danube Bend at Schlögen. Other highlights include the canyon of the Iron Gates national park and the Esztergom basilica, the biggest church in Hungary. Accommodation takes the form of the MV Theodor Körner, a spacious art-deco boat that follows cyclists along the river. Each day expect to cycle around 40 to 50km (though those who want to put their feet up can opt to drift along by boat instead).
• From £1,089pp, including all meals and bike hire wheel2wheelholidays.com. Flights not included. Departs 5 August 2017 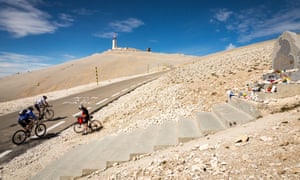 A one-off trip celebrating the life of one of Britain’s most successful pro-cyclists, Tom Simpson, who collapsed and died racing up Mont Ventoux during the 1967 Tour de France. Fifty years on, this five-day trip makes a pilgrimage to the memorial to “Major” Simpson found near the summit. It’s a challenging ride (one of the most notorious climbs in cycling) and the itinerary plans for an average of 78km per day, with 2,200 metres of climbing on the Ventoux days. The route starts at Sault, two hours’ drive north of Marseilles, and takes in the breathtaking scenery of Gorges de la Nesque and Col de L’Homme Mort.
• Five days from £1,1049, not including flights and meals, departs 12 July 2017, exodus.co.uk 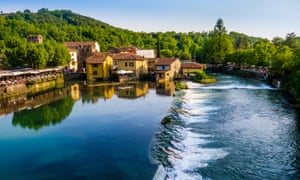 New this year from Inntravel is an Italian cycle adventure between two cities known for their rich artistic heritage: Mantua, a “renaissance gem” and Unesco world heritage site; and Verona, another medieval city and the romantic setting of Shakespeare’s Romeo and Juliet. The route between the two is along bike paths and country roads, travelling between 20 and 40km per day, along the Minicio river valley via Lake Garda, stopping at Peschiera, as well as exploring the country park of Sigurtà. Expect a trip that ties together the natural and man-made beauty of northern Italy.
• Six nights from £748pp, including B&B accommodation, route maps and notes, luggage transfers between hotels and high-quality cycle hire, inntravel.co.uk. Flights not included. Available 8 April to 30 June and 1 September to 31 October 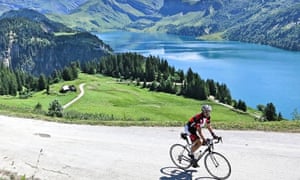 This is a long weekend taking on the best (or worst!) of the French Alps. The trip is based in Morzine (90 minutes’ drive east of Geneva) at a cycle-centric lodge with a great bar and restaurant to unwind in each evening. Days are spent on the fantastic mountain rides in the area, from endurance slogs such as Col de la Colombiere to the classic Tour de France climb Col de Joux Plane. All routes end with a dramatic descent back to Morzine. Rides go through forests, alpine meadows, valleys and cliffs, with incredible views and excellent roads. And there are plenty of roadside cafes to enjoy.
• Three nights excluding flights from £199, breakfast and dinner, transfers included, departures throughout June, July and August, muchbetteradventures.com 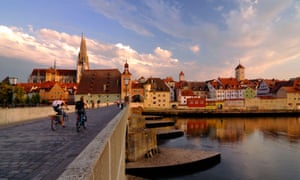 This eight-night self guided trip in south-east Germany, against the backdrop of the Jura mountains, rivers and pine forests and hilltop castles, covering around 45km each day. The tour starts and finishes in Regensburg, a medieval town on the banks of the Danube. Three other rivers will feature during the trip, the Altmuhl, the Sulz and the Schwarze Laber; there will also be the opportunity to cool off at a popular wild swimming spot. Accommodation will be a mix of three and four star hotels, as well as a converted brewery. Expect plenty of bratwurst, lederhosen and beer.
• Eight nights from £1,169 including hotel accommodation, bike hire, all breakfasts and four evening meals. Departures every two days from 20 June to 14 October 2017, headwater.com 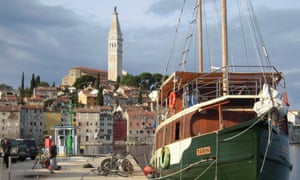 This seven-night tour along the Istrian peninsula takes in three countries, starting in Trieste, travelling along the entire length of Slovenia’s 43km coastline and into Croatia where you’ll finish at Pula, known for its Roman amphitheatre. Other stop-offs include spectacular medieval and Venetian towns such as Koper, Novigrad, and Rovinj. With stays at spa towns, delicious seafood and a comfortable pace of around 45km a day, this is a leisurely trip with a good balance of coastal fun and cultural interest.
• Seven nights from £650 including hotel accommodation, flights and bike hire not included, departures from June-October, freedomtreks.co.uk 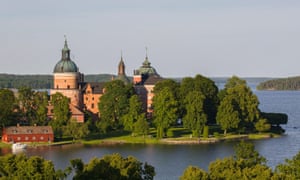 Sörmland, south-west of Stockholm, is one of Sweden’s most idyllic areas, a region of rolling hills, lakes and quaint villages with brightly painted wooden houses. This 10-day self-guided tour, launched in March by Responsible Travel, has an emphasis on traditional Swedish culture and folklore, including a night in a wood cabin. It also takes in the vibrant port town of Nyköping. Navigation is easy as the route follows the signposted Näckrosleden cycle path from Gnesta, a short train ride from Stockholm, and daily distances are from 30-67km. Return to Stockholm by steamboat from Mariefred.
• 10 days from £1,033 excluding flights, price based on two people travelling together, includes bike hire. Departures throughout June-September, responsibletravel.com

Everything You've Always Wanted to Know About Hawaii

Passengers to pick up costs of US preclearance at airports