In dark times, disco offers a seductive, defiant escapism. In its second year, this festival will explore that wider cultural resonance in film screenings and Q&As, before partying late in venues around Brixton’s Windrush Square, which will be turned into an open-air roller disco. Joey Negro, Horse Meat Disco and dance music archivists Bill Brewster and Frank Broughton are on the bill, which also includes sets from Merseyside’s king of the edit, Greg Wilson, Evelyn “Champagne” King and a four-hour, back-to-back from the evergreen Francois Kervorkian and Lucky Cloud’s Colleen “Cosmo” Murphy.
Book 27 April, £30.30 (tickets going fast), brixtondiscofestival.com.
Stay Close to the station and the market, the Premier Inn on Coldharbour Lane has doubles from £141 room-only, premierinn.com. 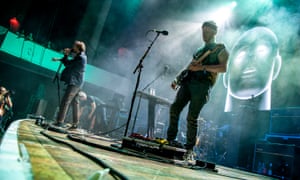 While the demise of print has claimed many casualties, Crack Magazine has prospered by providing readers with a regular free dose of new, cutting-edge music. The Bristol and Berlin-based publication is one arm of the local collective that runs this annual, multi-venue all-dayer, and Crack’s uncompromising editorial informs Simple Things’ feel. This year’s line-up is tbc, but the eclectic nature of past headliners (Helena Hauff, Skepta, Death Grips), gives a flavour of an event that, last year, ran from Manchester’s up and coming Loft, creator of mind-melting electronic vortexes, to veteran shoegazers Slowdive.
Book 19 October, from £15, simplethingsfestival.co.uk.
Stay Stokes Croft eco-hostel Full Moon, also a courtyard bar and music venue, has dorm beds from £22 and doubles £60 room-only, fmbristol.co.uk. 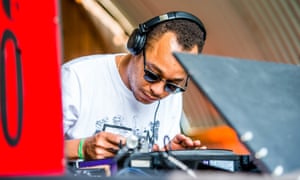 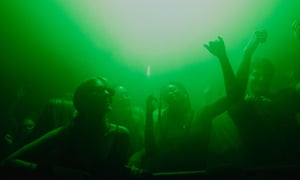 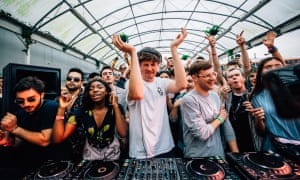 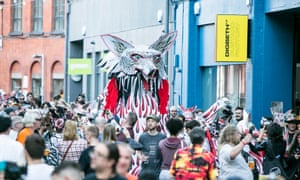 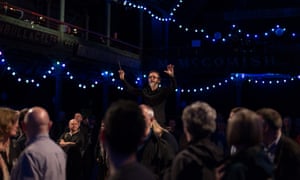 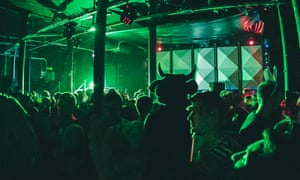 Wigflex has been throwing parties for more than a decade but refuses to stand still. Its inaugural multi-venue, one-day electronic music festival is a case in point, the programme running from Honey Dijon playing in a previously unused courtyard to Max Cooper bringing his immersive live AV show to new multimedia arts centre Metronome. Do not miss rare ambient sets from Midland, Call Super and James Holden in designated chill-out zone Fast City, before full-throttle larks with DJ Stingray and Avalon Emerson at Brickworks. All of this is woven into a day of workshops, debates and visual installations at Nottingham Contemporary.
Book 5 May, £33, on Facebook or residentadvisor.net.
Stay Cool hostel Igloo Hybrid, doubles £38 room-only, igloohostel.co.uk.

Sounds From the Other City, Salford 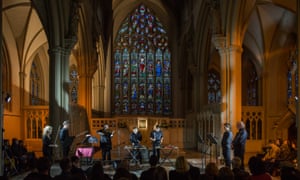 Previously commandeering Chapel Street’s pubs, churches and art spaces, this year’s DIY meeting of Manchester’s underground tribes will take a new format as the action is concentrated across five stages on Regent Trading Estate. The line-up is an eclectic riot, ranging from guitar-toting headliners Black Midi, the Orielles and Belgium grot-punks Cocaine Piss, to Aadae’s UK garage and Afrobeats-charged pop or Gabe Gurnsey’s taut, squirrelling electronics. This all comes with myriad bizarre art interventions and the occasional, equally baffling (but entertaining) anti-music experimentation.
Book 5 May, £27.75, soundsfromtheothercity.com.
Stay On SFTOC’s doorstep at the Ainscow, doubles from £71 B&B, theainscow.com. 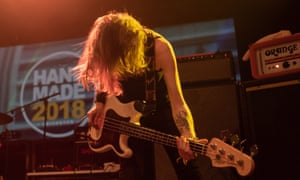 “Handmade is a metropolitan music festival and as such does not have any camping areas,” is music to the ears of those among us who resist canvas. This grassroots event runs across 10 city venues from Firebug bar to the O2 Academy, with complimentary shuttle buses ferrying wristband-holders around Leicester. Electro-pop royalty Metronomy top this year’s bill but, in its sixth year, Handmade remains a key platform for Leicester and Midlands talent, such as Spoort, art punks Anatomy and slick indie rockers Arcades.
Book 5 May, adult £38.50, child (8-17) £22, handmadefestival.co.uk.
Stay The Belmont Hotel, a highly rated independent, doubles from £95 B&B, belmonthotel.co.uk.