All five Clink hostels can be found near train stations: two in King’s Cross in London, and two more opening soon in Dublin and Lisbon, each a few minutes’ walk from the main stations. The fifth hostel is ClinkNoord is opposite Centraal Station on the other side of the Amstel river. A free, 24-hour ferry runs every seven minutes during the day and every 15 minutes at night. It takes five minutes to cross, then it is a 300-metre walk to the hostel, which is a converted 1920s laboratory. There are private en suite rooms (single, twin, doubles and quads), plus mixed and women-only dorms (sleeping four or 10). The cafe serves homemade banana bread and all-night panini; the bar has a happy hour from 5pm-7pm, food until 11pm and regular live music. Daily events include city walking and cycling tours, yoga and meditation sessions, and tasting sessions of Dutch beers.
• Dorm beds from £13, doubles from £65, clinkhostels.com 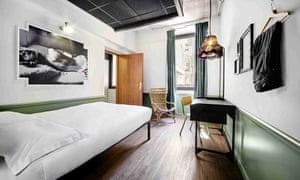 Generator was launched in London in 1995, and now has 13 hotels in central locations across Europe, from Hamburg to Madrid (as well as Miami, and Washington DC opening this year). All of the hostels have a wide range of great-value shared rooms and dorms (including female-only dorms) and cool communal spaces, from rooftop bars to chill-out lounges. Just a short walk from the Colosseum and Termini station, Generator Rome is set over seven floors, and has a bar inspired by old Havana’s decadent charms. Its deli-style menu is sourced from Mercato Esquilino across the street. The hotel’s accommodation ranges from private rooms sleeping up to four, to shared dorms for up to six.
• Dorms from £13, twins from £52, staygenerator.com 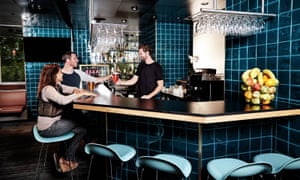 Danhostels is the Danish equivalent of the UK’s YHA. There are about 70 across Denmark, including the superbly situated Danhostel Copenhagen City. This huge hostel, comprising 1,020 beds over 192 rooms and 16 floors, is in the heart of the city, by the Copenhagen Harbour Baths, a few minutes’ walk from City Hall Square, the Tivoli Gardens and the central station. Large, modern dorms sleep six to 10; private rooms sleep up to eight. The bar and restaurant were recently revamped. The buffet breakfast (£9) includes crackers made from insect flour, Bar 50 has a daily happy hour and there are free daily walking tours of the city.
• Dorms from £20, doubles from £77, danhostelcopenhagencity.dk 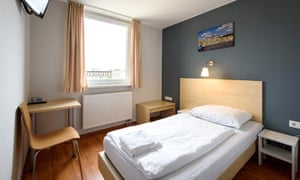 10 of the best railway hotels in Europe: readers’ travel tips

A&O has a chain of hostels across Germany and Austria, plus a handful in other cities, including Prague, Venice and Vienna. The Berlin Hauptbahnhof branch, which was renovated in March, is a 10-minute walk from the central station. The lobby has a bar with table football and pool, and there is a roof terrace. (Top tip: travellers who look after the housekeeping of their room and bed get a free drink.) There is a mixture of en suite doubles and dorms, and a €7 buffet breakfast. The government area, with the Reichstag, Brandenburg Gate and, beyond, the Tiergarten is only a 20-minute walk away.
• Dorm beds from £9, twins from £49, aohostels.com 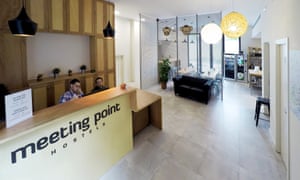 A three-minute walk from Barcelona-Sants train station, Meeting Point is a bright, modern hostel in a quiet neighbourhood. Rooms range from an accessible twin to dorms with en suites, with up to six beds (mixed and women-only), all with air conditioning and free lockers. The hostel doesn’t serve breakfast but there is a kitchen, plus a common room, terrace, self-service laundry and a games room. The Camp Nou stadium is a 20-minute walk and Plaça de Catalunya and the old town are 10 minutes away by train. Sights such as the Sagrada Família and Port Vell are within 20 minutes on the metro.
• Dorm beds from £20, meetingpointhostels.com 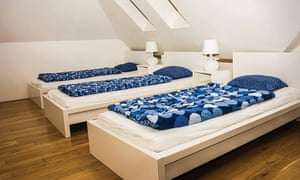 With hostels in eight cities across Europe, from Seville and Porto to Prague and Kraków, Hostel One prides itself on friendly staff with plenty of local knowledge, and good, central locations. There are two properties in Budapest (so good we’ll go all the way up to 11 with this top-10 list), each within half an hour’s walk of Keleti station. Hostel One Budapest, which is slightly closer, has six-, eight- and 10-bed mixed dorms. Hostel One Basilica has private rooms as well as four- to 14-bed dorms, including one women’s dorm. Both are sociable places, with three common rooms (for working, relaxing and partying), a bar and kitchen, free daily city tours and nightly pub crawls. The price includes dinner, making these hostels particularly excellent value.
• Dorms from about £12, doubles from £47, hostelone.com 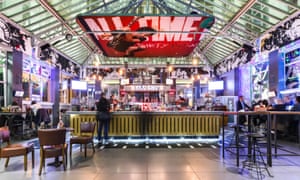 “Party hostels”, with 12 outposts in the UK – eight in London, plus one in Cardiff, Edinburgh, Bath and ,Newquay – St Christopher’s Inns can also be found in many of the major cities on the Interrail trail: Paris, Berlin, Barcelona, Bruges, Amsterdam and Prague. They are not for those who want a quiet night – all have a bar attached and a lively atmosphere. One of the Paris hostels is just across the road from the Gare du Nord Eurostar station. Rooms range from singles and doubles to 10-bed dorms, some women-only. There are free city walking tours and daily pub crawls, and guests get 25% off food at Belushi’s bar downstairs, which has a daily happy hour from 4pm-9pm.
• Dorms from £18 including breakfast, doubles from £34, st-christophers.co.uk 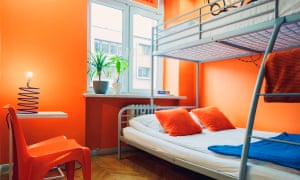 Don’t be put off by the name – Mosquito is a buzzing (but bug-free) hostel for travellers who want a mix of socialising and relaxing. There is a chill-out room with bean bags, books, games and a guitar, and an activities room where you can meet fellow travellers. Different events take place every night from 9.15pm, including a traditional Polish dinner (Thursday), vodka shots (Saturday) and Polish wedding games (Sunday). At 11pm, staff take guests out to the best local bars and places to sample pierogi and zapiekanka. Rooms range from double en suites to 12-bed dorms. The hostel is a few minutes’ walk from Kraków Główny, the main station.
• Dorms from about £12 including breakfast, doubles from £40, mosquitohostel.com 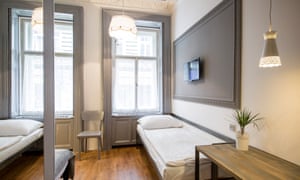 Sophie’s is a stylish hostel in a 19th-century art nouveau building in Prague’s so-called new town (founded in 1348!), a five-minute walk from Wenceslas Square. Accommodation includes apartments, double rooms and dorms – the latter have artwork by a Czech designer and bathrooms with rain showers. The women-only dorm has proper beds (no bunks) and a private kitchen. For more luxury, guests can book a wellness session in the sauna and jacuzzi at Miss Sophie’s hotel next door. An all-you-can-eat cold buffet breakfast costs a fiver, or fill up for the day on bacon, eggs and pancakes with the £7 hot brunch. Sophie’s is a 20-minute walk from the main station, or two stops on the metro.
• Dorms from £13, doubles from £70, sophieshostel.com 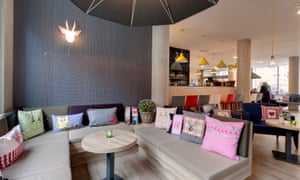 Meininger has 28 budget hotel-cum-hostels in 16 European cities, including new ones in Brussels and Munich. Of the three branches in the Austrian capital, Vienna Central Station in the Favoriten district is less than 10 minutes’ walk from the international terminus. There are single and double rooms, and dorms sleeping up to six (up to eight in the women-only dorm). As well as backpackers, the hotel attracts families and business travellers, so the atmosphere is less raucous than some hostels, but there is still a bar, lounge and games room for socialising. The Keplerplatz metro station is on the doorstep for travel into the city centre.
• Dorms from £13, doubles from £43, meininger-hotels.com

Could this be the end of resort fees at hotels?

Pound to euro exchange rate: Sterling under pressure – should you wait to buy euros?