Following days of Christmas inactivity, we head up for a long family walk in the Peak District. Mam Tor tops the list for me – a reliable route on which to be battered by all the elements to restoratively whip away the post-Christmas slump. Take a steep path up from Hope or Castleton and follow the ridge across the top of the moors before returning into the valley for a pint at Ye Olde Cheshire Cheese Inn in How Lane, Castleton. But beware of the wind. We’ve lost two hats, a glove, and crucially, the map…
Athlyn 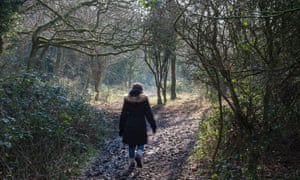 For this eight-miler starting at Rye station, start by making your way through the town and along the A259, then left on Harbour Road and right on the private road/public footpath along the River Brede. Then past Camber Castle and across Nook Road to the seafront, and along the seafront to the mouth of the Rother, with detours into the nature reserve if you wish to enjoy wintering seabirds in the pools. Refresh yourself at the delightfully positioned William the Conqueror in Rye Harbour or the nearby Inkerman Arms (you could start and end your walk here, too) before heading back to Rye where there are dozens of quality eateries and watering holes to complete your festivities.
Albert 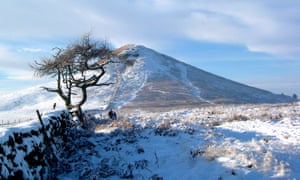 Roseberry Topping to Captain Cook’s Monument is a wonderful walk with fantastic views, especially on a cold, crisp day. Starting from Great Ayton, the initial incline up to the 320-metre summit of Roseberry is fun but steep. Then roll down off the back of the hill and up again on to Clifton moor, following part of the Cleveland way over the moors to the monument. Then retrace your steps, skirting around the side of RT if you can’t face another steep clamber up to the summit (there’s also a fine circular walk of 7½ miles if you prefer). The Kings Head Inn, awaits with a warm fire and good food and drink at the foot of the hill. There is free parking nearby.
Matthew 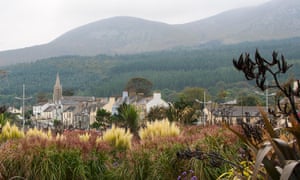 The 800-metre Mourne Mountains are the perfect place for a head-clearing, belly-busting, invigorating walk if the weather is set fair. A great starting point for several walks into the Mourners is the seaside town of Newcastle which has excellent restaurants and pubs. Start your walk by going up the Glen River valley and from there you can attempt various heights suited to your stamina. If you have time for a nine-mile route taking in the highest peak in the region, Slieve Donard, there is a fine walk at walkni.com.
Maeve McCann 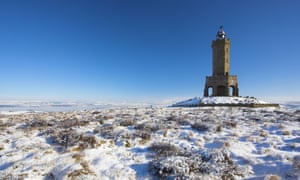 For a four-mile stroll with great views of the West Pennines, enter Sunnyhurst Woods in Darwen and walk to the grade II-listed Greenway Shelter. Take the steep path on the left to leave the woods at Sunnyhurst. Follow the path onto the moors and up to Darwen Tower (a folly built to commemorate Queen Victoria’s Diamond Jubilee). Admire the views as far as Snowdonia, Morecambe Bay and the Isle of Man from the tower before walking west to Ryal Fold and Tockholes (refreshments available from Vaughn’s Country Cafe or the Royal Arms). Follow the path by the side of the Royal Arms to the corner of Earnsdale Reservoir and then back down through Sunnyhurst Woods.
Graham Dean 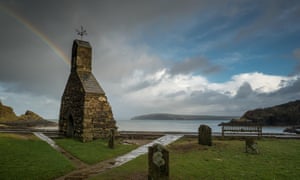 Start this three-mile walk at Cwm yr Eglwys (or Pwllgwaelod) at the ruins of a chapel destroyed in the great storm of 1859 overlooking a lovely sandy cove. Climb the path behind the cove on to the headland and very soon stunning views of the rugged Pembrokeshire coast open up. Below, fishing boats may be collecting lobster pots and if you are lucky you may get a glimpse of a dolphin pod. The path is narrow in a couple of places with a butt-clenching drop on to rocks 150 metres below. Up on to the highest point at Pen-y-Fan overlooking Fishguard harbour and out to the Irish Sea. All downhill from here to Pwllgwaelod beach and a pint at one of Dylan Thomas’s watering holes, The Old Sailors.
Paul Davis 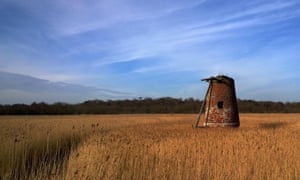 This rich and varied circular walk starts and finishes in Walberswick in the heart of the Suffolk Area of Outstanding Natural Beauty. Starting from the beach car park, the walk follows the shingle shoreline briefly before heading into the extensive Westwood marshes, which eventually give way to marshy woods, skirting heathland before joining a wooded track that leads to a delightfully quiet lane returning you to Walberswick. The walk is 7½ miles long and will take a couple of hours to complete at least so don’t start out too late on a winter’s day. Two pubs serving food can be found in Walberswick and a detailed leaflet can be downloaded.
Nick Stephen 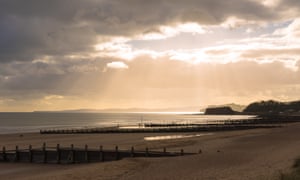 Start at Dawlish Station and follow the sea wall north towards Dawlish Warren. This takes you along what Network Rail called the most expensively maintained stretch of railway in the country and you’ll see where Isambard Kingdom Brunel had to cut through the Permian sandstone thus isolating the Langstone Rock. At Dawlish Warren, enjoy wonderful views over the Exe estuary and its thousands of wading birds from the cosy Mount Pleasant Inn perched above. This is one of two very good food stops on the route. Take the footpath at the foot of this abandoned cliff south past the Langstone Cliff Hotel, where your family will be welcome as non-residents to share a Devon cream tea or lunch. This path will return you to Dawlish along the clifftop.
Brian Hodge

An Inn to the Cairngorms, Perthshire 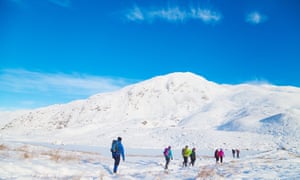 The 841-metre Ben Vrackie offers the perfect winter challenge. The walk, just over six miles from the Moulin Inn in Pitlochry, starts off gently and soon you’ll get stunning views of the summit and Loch a’ Choire. At this point (near a perfectly positioned bench) you have a choice: head up to the top of Vrackie, or loop back around the loch and stay low. If you choose the summit, you’ll be rewarded with fantastic views to the north over the Cairngorms. Either way, finish the walk with a well-deserved local ale next to the fire at the Moulin Inn. The route is described at walkhighlands.co.uk. It’s not a high mountain but if it’s snowy, specialist gear and experience will be needed.
Caroline Whiting 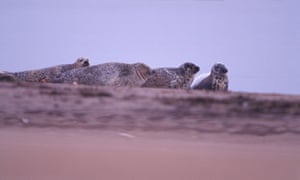 Ryanair Warns Summer Cancellations and Delays Will Be Worse Than 2018

Coronavirus outbreak could cost airlines $179b

Qantas announces new ‘flight to somewhere’ and stay for $2500