It is 350 years since the death of Rembrandt van Rijn. There is a year-long programme of events in nine Dutch cities, focusing on Rembrandt and the Dutch golden age (listings at holland.com). In Amsterdam, the Rijksmuseum (15 Feb-10 June) will display all of its 22 paintings, 60 drawings and 300 engravings – the biggest Rembrandt collection ever seen in a single exhibition. Later in the year it has a Rembrandt and Velazquez show (11 Oct-19 Jan), while the Rembrandt House Museum has three exhibitions and the City Archives tell his personal story (until 7 April). In the Hague, the Mauritshuis (until 15 Sept) is showing 18 paintings attributed to Rembrandt; there’s a display of the painter’s early work at Leiden’s Museum De Lakenhal (3 Nov-9 Feb 2020, lakenhal.nl); and the Fries Museum (to 7 March) has an intimate show devoted to his wife, Saskia . Exhibitions are also taking place in Germany and the UK.
• See codart.nl for details 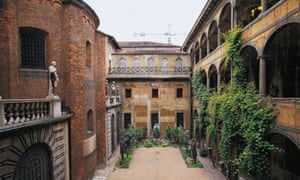 Museums and galleries across Europe are competing to commemorate the 500th anniversary of Leonardo da Vinci’s death. Many events are taking place in Italy, of course, including exhibitions at the Ambrosiana) in Milan (until 17 March; the Museo Galileo in Florencefrom April; and the Museo Leonardiano in Vinci, his birthplace near Florence, from April to June.

The UK is also marking the occasion, with simultaneous exhibitions in 12 cities (1 Feb-6 May, rct.uk), each with a selection of 550 of Leonardo’s drawings, followed by a single exhibition of all the works at the Queen’s Gallery in London this summer and another at the Queen’s Gallery in Edinburgh over the winter. The blockbuster show, however, is in autumn at the Louvrein Paris, which aims to bring together as many of the 17 paintings attributed to Leonardo as possible. 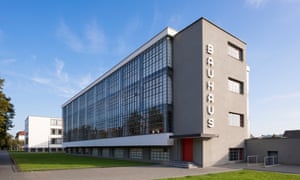 Germany is celebrating the centenary of Bauhaus, the revolutionary art school founded by Walter Gropius in 1919. The opening festival is already under way at the Berlin Academy of Arts, with a programme of concerts, plays and virtual reality installations (until Thursday 24 Jan). But visitors are encouraged to explore beyond the capital throughout the year on a self-guided road trip: the Grand Tour of Modernism connects landmark Bauhaus and modernist architecture in 100 locations across Germany. And three new Bauhaus museums, in Weimar (opens April), Dessau and Berlin (both due to open in Sept), will each hold a major anniversary exhibition.
• bauhaus100.com 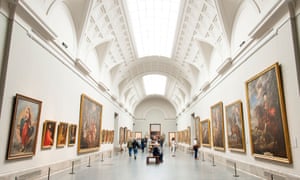 The Museo del Prado opened in Madrid on 19 November 1819, and is marking its bicentenary with a series of special exhibitions. These include a review of its history with treasures by El Greco, Murillo and more (to 10 March); and individual exhibitions on Bartolomé Bermejo, Velazquez, Giacometti and other artists. The On Tour Through Spain initiative will see paintings from the Prado’s collection loaned to provincial Spanish galleries for a month at a time. For example, A Blind Hurdy-Gurdy Player by Georges de La Tour is at the Atlantic Centre of Modern Art in Gran Canaria (4-30 June) and the Museum of Menorca (8 July-4 Aug) – well worth a visit for holidaymakers to the island.
• museodelprado.es 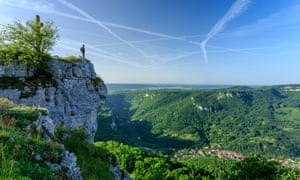 Ornans, a picturesque town on the Loue river in eastern France, is celebrating the bicentenary of the birth of its most famous son, realist painter Gustave Courbet. There are several sites to visit in “Courbet Country”: the Gustave Courbet Museum and the painter’s studio, both in Ornans; the Courbet family farm in nearby Flagey; the source of the Loue, which he painted many times; and eight walking and cycling trails in the Loue valley. Activities to mark the bicentenary include displays of Courbet’s drawings (15 Feb-29 April) and a Courbet-Ferdinand Hodler exhibition (31 Oct-5 Jan 2020); the Franco-Chinese painter Yan Pei-Ming in residence in Courbet’s studio (from March); and two bike races in his honour (17 and 18 Aug).
• Full listings at musee-courbet.doubs.fr 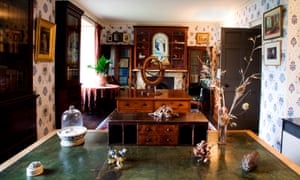 This year is also the bicentenary of the birth of John Ruskin, the art critic, writer and reformer. There are exhibitions throughout the year at Brantwood, his former home in Cumbria, on topics from his clothes to his interest in geology and his legacy in Japan. There is also a show devoted to JMW Turner, whom Ruskin championed (6 February to 11 November, brantwood.org.uk). Exhibitions elsewhere include John Ruskin: The Power of Seeing at London’s Two Temple Place (26 Jan-22 April) and Sheffield’s Millennium Gallery (29 May-15 Sept), and Ruskin, Turner & the Storm Cloud at York Art Gallery (29 March-23 June). On Ruskin’s birthday, 8 February, there is a free public lecture on his love of trees at Oxford University Museum of Natural History (register at eventbrite.co.uk) and an evening of readings and music at the Royal Academy, London.
• Full listings at ruskinto-day.org 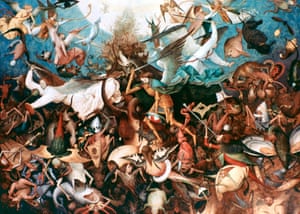 On 9 September 2019, it will be 450 years since the death of the Flemish master, Pieter Bruegel the Elder. A retrospective in Vienna has just ended, but Belgium has plenty more events commemorating the artist. In Brussels, the Royal Library of Belgium’s complete collection of Bruegel prints is on display at the Palace of Charles of Lorraine (15 Oct-16 Feb 2020); there is a virtual-reality journey back to the 16th century at Hallepoort, a medieval fortified city gate (22 June 2019-21 June 2020); and four new Breugel-themed guided tours. Visitors to the Museum Mayer van den Bergh in Antwerp can see Breugel’s newly restored Dulle Griet (aka Mad Meg). And Bokrijk, an open-air museum in Genk inspired by Bruegel, has twice-daily performances of a family-friendly show, Bravo Mr Bruegel (11 July-1 Sept).
• Full listings at visitflanders.com 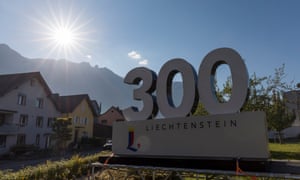 Visitors are invited to Lichtenstein’s 300th birthday celebrations this year. The principality was founded on 23 January 1719, and an exhibition at the Liechtenstein National Museum recreates the event (27 Feb-23 Jan 2020). The Museum of Fine Arts is staging a jubilee exhibition of the House of Lichtenstein’s Princely Collections, one of the most important private art collections in the world (19 Sept-Jan 2020, kunstmuseum.li). There is also a chance to see the Princely Collections at the Albertina Museum in Vienna, 16 Feb-10 June). Events kick off with a public birthday party on Wednesday and peak on 15 August, a national holiday, with a street party in the centre of Vaduz.
• Full listings at 300.li 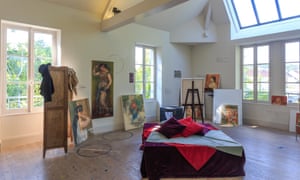 August Renoir died 100 years ago in December. The Eau et Lumière Association, which has created 12 “Impressionisms Routes” linking sites that inspired 12 European impressionist painters, has declared 2019 to be Renoir Year. It hopes to attract more art lovers to attractions on the Renoir Route – visitors to Paris could try the Museum of Montmartre and Renoir Gardens, where he once lived, or the Musée de la Grenouillère in nearby Croissy-sur-Seine, where he painted river scenes.

In the Champagne region, the Renoirs’ summerhouse and garden in the village of Essoyes is now a museum with a permanent exhibition on the artist’s life and work, complete with his studio and some of his sculptures, and the gardens that inspired many paintings.

Renoir spent the last 12 years of his life in Cagnes-sur-Mer on the French Riviera. His house is now the excellent Renoir Museum, containing family furniture, 14 paintings and 30 sculptures, surrounded by olive trees and with panoramic views down to Cap d’Antibes.
• More details at impressionismsroutes.com 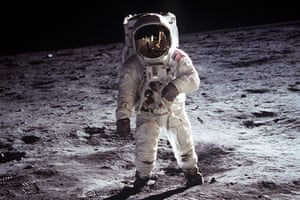 On 20 July, it will be 50 years since the first humans landed on the moon. Museums and science centres across the globe will be staging space- and lunar-themed exhibitions and activities. In the UK, the National Space Centre in Leicester has a new Apollo exhibition in its Space Oddities gallery (until September). But the main event is a Moon Festival in London, whose programme includes a lecture by Margaret Atwood on magic and the moon, a moon-themed underground jazz gig and a late-night cabaret for over-69s. Other festival highlights include a midnight run, a night-blooming garden and a street party with light projections, an astronomy tent and live music.
• 19-26 July, moonfestival.co.uk