Home » Destinations » Which is the world’s most vertical city?

Looking out from sky100, Hong Kong’s highest observation deck on the 100th floor of the city’s tallest building, the 494-metre-high International Commerce Centre, you get a 360-degree view of one of the world’s most famous skylines – an urban jungle framed by mountains and the gleaming Victoria harbour, with endless clusters of high-rise buildings packed so closely together they resemble a game of Tetris.

It’s little wonder a city of such visible density has more skyscrapers than anywhere else in the world. According to the Council on Tall Buildings and Urban Habitat (CTBUH), Hong Kong has 355 buildings over 150m in height.

But having that accolade does not necessarily make Hong Kong the most vertical city. By different measures, other cities come out on top. 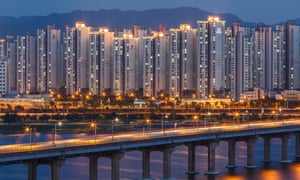 According to building data research company Emporis, Seoul in South Korea has more high-rise buildings, with 16,359. Emporis defines a high-rise as a building at least 35m, or 12 storeys tall. In second place is Moscow, Russia, with 12,317 high-rises, followed by Hong Kong in third place, with 7,913.

When it comes to the world’s tallest buildings, Hong Kong doesn’t even make the top 10. Dubai’s Burj Khalifa takes top spot, at 828m. Dubai has 50 skyscrapers under construction, more than any other city. These include the 1,300m-tall Dubai Creek Tower, expected to be completed in 2020 and will be the tallest structure ever built. 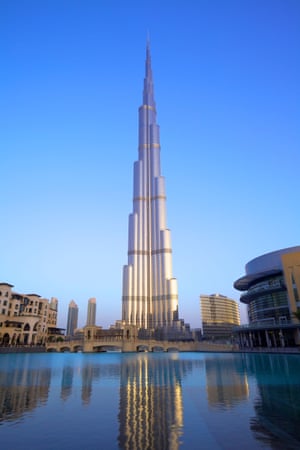 Meanwhile, the southern Chinese city of Shenzhen is the world leader in completing new skyscrapers. Last year it managed 14, ahead of Dubai’s 10. This was the third consecutive year that Shenzhen completed the world’s largest number of 200m-plus buildings, representing nearly 10% of the global total.

The sky’s the limit

Is there a height we shouldn’t go beyond? “From a practical standpoint, today’s structural engineering can facilitate a 2,000m building, though it would be enormously expensive to construct,” says Daniel Safarik of CTBUH. “But even if we have buildings that are unfathomably tall by today’s standards, the key will be breaking them down into scales that allow humans to relate to each other. Of course it’s great to have commanding views, but it’s also essential to have equalising interactions.”

Some architects and urban designers – in particular a group called Vertical City – want to take vertical living to new heights. They foresee a future where we live in interconnected mega-towers that each contain all the components of a city in one building so that, in theory, you never have to leave if you don’t want to.

Kenneth King and Kellogg Wong, the architects behind Vertical City, claim it as a solution for sustainable living. “High capacity, high efficiency ultra-tall buildings occupying a relatively small, car-free, pedestrian-friendly parcel of land,” they say. “Within this footprint are all the self-sustaining features of infrastructure, buildings, facilities, and services necessary for improving the living, working, cultural, entertainment, sports, recreation, and leisure qualities of life for residents.” 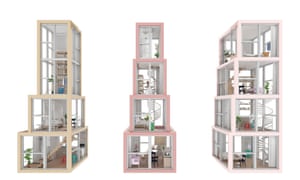 Maybe these interconnected mega-towers – or something like them – are not so far-fetched. “I definitely think some people will live in such interconnected complexes, especially in high-density cities,” says Safarik. “Already in Chongqing, China, a building complex, Raffles City, that is the size of a small city is almost finished. It will have one of the longest and highest skybridges in the world.”

Hong Kong-born architect Lap-chi Kwong, with his American partner Alison Von Glinow, believe that their Tower within a Tower design may have hit upon a solution to help combat the lack of community and social interaction that high-rise living often breeds, by helping people meet their neighbours. Tower within a Tower consists of apartment buildings where individual units are built vertically – with rooms stacked on top of each other – instead of the usual horizontal “pancake stack” apartments that hinder neighbourly interaction. 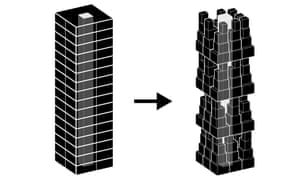 “In Hong Kong we thought this could be especially interesting because it is such a vertical city that the people, through Tower within a Tower, can actually live vertically and get to experience what it’s like to be on multiple levels rather than just a single level within their building,” says Von Glinow. “The way that we addressed creating more liveable communities within a tower typology is by erasing the corridor. Instead we create circulation spaces that can be more flexible and create what we think are more community-friendly spaces within the tower.”

Is Chongqing’s ‘horizontal skyscraper’ the answer to overcrowded cities?

This idea of bringing verticality into the apartment in order to create more spaces for neighbourly interaction has yet to be taken up by a developer, but Von Glinow and her partner remain hopeful. “Tower within a Tower is looking at unique spaces that aren’t standardised on each level but standardised every four levels, so it will take some time for a developer to want to participate in a project like this, but we’re hopeful.”

Whether Hong Kong with the most skyscrapers, or Seoul with the most high-rises, is currently the world’s most vertical city is open to debate. Meanwhile, Dubai and a clutch of Chinese cities are building multiple skyscrapers every year – but that could stop any day. One thing is certain, with urban populations increasing and available land more or less finite, vertical cities will continue their rise.

These Scenic UTV Trails in America Are Endlessly Entertaining

There are 14 cheap days to fly left in 2019: When are they and what deals can you score?