Home » Destinations » Which is the most hayfever-prone city – and is ‘botanical sexism’ to blame?

In 2016, Melbourne experienced a rare and extreme case of “thunderstorm asthma” that led to ten deaths and 8,500 people being admitted to hospital in one day. Ambulance dispatchers struggled to cope with 1,900 calls in the space of five hours, and one hospital ran out of Ventolin asthma inhalers. The storm had caused grass pollen to burst in the air, creating tiny particles that caused serious breathing problems when inhaled.

Meanwhile, in London, landscaping practices have led to an abundance of tree pollen, aggravating hay fever, according to a horticultural expert. Landscapers in the UK capital – and around the world – plant predominantly male trees because they are less messy than female trees, which shed seeds, fruits or pods, says Thomas Leo Ogren, creator of the Ogren Plant Allergy Scale. “The problem is that while these [male] trees and plants are litter-free, they all produce abundant allergenic pollen.”

Some are dioecious plants, which have their own distinct sex, and some are monoecious plants (those with male and female flowers on the same plant) that have been cloned to be male. “The last few times I was in London, for example, almost every single willow tree I saw was now a male clone; almost all of the bay trees being sold and planted were males; virtually all of the many species of poplar trees sold and planted are now male,” says Ogren.

So is one of these the worst city in the world for pollen allergies?

The incident in Melbourne certainly caused some academics to ponder whether the city is the allergy capital of the world, especially because Melbourne has had three other recorded epidemics of thunderstorm asthma since the late 1980s. 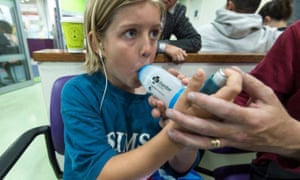 But while hay fever is bad in Melbourne, the city benefits from a sea breeze, says Simon Haberle, a professor of natural history at the Australian National University who runs the Canberra Pollen Count forecast service.

In contrast, Canberra, the capital, “is land-locked and surrounded by grassland, and we have a population that is very sensitive to grass pollen in season [October to December]”, he says.

He adds: “Canberra is thought to be the worst place in Australia for hay fever. During the season, it impairs people, but people still try and go about their day and drive to work and so on, but they’re taking a lot of hay fever medication usually.”

Tokyo is also a pollen allergy hotspot. Local government surveys have found that half the city’s population suffer from hay fever, a far higher percentage than the 10-30% estimated average sufferers worldwide.

Japan as a nation has its fair share of hay fever – which is said to have started following a cedar-planting drive after the second world war. In Tokyo, however, the hay fever season lasts slightly longer than the rest of the country’s, according to the Japan Weather Association. In 2018, hay fever suffering was at its worst on record, and the affliction is estimated to cost the Japanese economy billions of dollars each year.

In the UK, tree pollen hay fever season starts in late March, then grass pollen hits in mid-May through to late July. The top three areas most affected by grass pollen counts are the West Midlands (suggesting Birmingham, Coventry and Wolverhampton would be the worst cities for grass pollen allergy sufferers to visit during this time), south-central England and north-west England, according to Beverley Adams-Groom, a leading pollen forecaster at the school of the environment at the University of Worcester.

London suffers more than other UK cities in the springtime because of some particularly pollen-heavy tree types surrounding it. “London can be badly affected by high tree pollen counts due to the numbers of birch trees to the south and south-west of the city,” says Adams-Groom. “And the London plane trees, which line many of the streets, can be a nasty allergen for some hay fever sufferers in mid-April.” 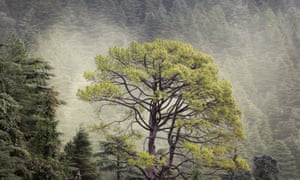 It’s not just the number of trees that affect the pollen count, according to Ogren. “A single male dioecious tree may produce many, many millions of more pollen grains than a perfect-flowered tree (which have both male and female parts in the same flower),” he says.

“Their pollen grains are very small, very light and dry. Because so many people have for so long been overexposed to this kind of pollen, large numbers of people have become sensitised to it. To trigger allergies in a city you don’t necessarily need huge numbers of these male trees … One big male tree might well produce as much pollen as several hundred other trees that are not all-male.”

In the US, several cities in the deep south rank among the highest for allergies according to the Asthma and Allergy Foundation of America, which looks at pollen counts, the use of allergy medicine and the number of allergy doctors in each city.

In 2018, McAllen in Texas, Louisville in Kentucky and Jackson in Mississippi made the top of three of the organisation’s “most challenging places to live with spring allergies” list. Being inland, hot and surrounded by ragweed are all contributing factors. Last year, pictures circulated on social media showing parts of the whole south-east region of the US covered in yellow dust during pollen season.

It’s difficult to precisely pinpoint one place that is significantly worse than others on average (at least within the countries and regions that typically get hay fever). That’s because pollen levels are so dynamic and brought on by changing winds – as shown in the time-lapse video of the UK below (green indicates low pollen count while red is severe; the video starts at the beginning of hay fever season).

“Pollen is very complicated to measure and forecast,” says Idit Lowenstein, from the Israeli startup Breezometer, who made the video. The company is attempting to track all the available data on pollen for the US, the UK and Japan. “Traditionally the methods for assessing it have been manual and infrequent, not to mention not location-based and not representative of more far reaching conditions.”

Wherever you live issues such as hay fever are expected to get worse in the coming years, and seasons will last longer due to global heating.

Which is the world’s most biodiverse city?

A study in the Lancet looked at 17 locations across the northern hemisphere that had solid data on pollen counts for at least 20 years and found 12 of the cities they analysed showed “significant increases in seasonal and annual pollen loads”. An increase in the duration of pollen season, starting earlier or lasting longer, has also occurred in 11 of the 17 places.

One of the study’s authors, Lewis H Ziska of the US Department of Agriculture, says: “Northern locations are warming up faster than other regions, so locations such as Finland, Iceland and Poland are warming up and experiencing, in general, more pollen over longer periods.”

So there is some hope after all.

Fran Drescher Is Bringing 'The Nanny' to Broadway