In a move that has sparked outcry from archaeologists, historians and locals, the Peruvian government has approved a multi-billion international airport near the famed site of Machu Picchu.

Work has already begun on the new facility, which is intended to bring tourists much closer to the ancient archaeological site. Bulldozers have begun to clear millions of tons of earth for the project, which will be located in Chinchero, a picturesque Inca town.

Justin Francis, the CEO of Responsible Travel, called the decision to build the airport disastrous and told TravelPulse it could be a defining moment in tourism, when one of the world’s great sites is destroyed by the “greed of the industry” and the drive to put profits above all else.

“A new airport on the doorstep of Machu Picchu threatens to destroy Peru’s single most important tourism destination,” said Francis. “When we look back at what went wrong with tourism, this will be the story that sums it all up.”

The new airport is being constructed in an area that is seen as the gateway to the Sacred Valley. The facility will allow direct flights from major cities across Latin America and the USA, delivering tourists to the doorstep of Machu Picchu.

Building the airport in this location, says Francis, will destroy an ancient landscape, one shaped by the Incan people with terraces and routes.

Critics also suggest that planes flying low over the nearby village of Ollantaytambo and its archaeological park filled with ruins and a massive Inca fortress with large stone terraces, would cause incalculable damage to Inca ruins there and destroy the peace and beauty of the area.

“This is an absolutely disastrous decision, which threatens to destroy Machu Picchu and degrade the surrounding area,” continued Francis. “It’s a shocking example of the idea that tourism growth can be infinite, colliding with the reality that most destinations have a finite capacity, and none more so than a 15th century Inca hilltop citadel.”

Machu Picchu received 1.5 million visitors in 2017, almost double the limit recommended by UNESCO, putting a huge strain on the fragile ruins and local ecology. The new airport being built will give UNESCO no option but to remove Machu Picchu’s World Heritage Site status, said Francis, who added that a sacred place will become a sad theme park for day trippers. 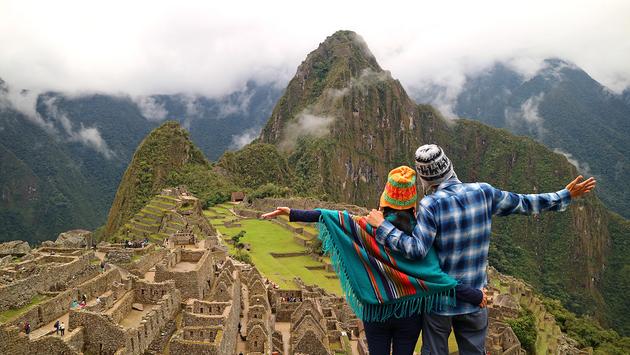 “Its cachet for higher spending tourists who stay longer and create more local economic benefit will be reduced. Less rather than more money will be the result,” Francis continued.

Responsible Travel has started a petition and is appealing to the public and the travel industry for support in the hopes of showing that “this greed is not supported by the travel industry.” The petition, which can be signed here, seeks to stop the airport’s construction.

The company is not alone in its concern about Peru’s decision to build the airport. The outcry has come from around the world and from locals as well.

“This is a built landscape; there are terraces and routes which were designed by the Incas,” Natalia Majluf, a Peruvian art historian at Cambridge University who has organized a petition against the new airport, told The Guardian. “Putting an airport here would destroy it.”

As it stands now, most visitors to the Machu Picchu region arrive via Cusco airport, which has just one runway and is limited to taking narrow-bodied aircraft, according to The Guardian. 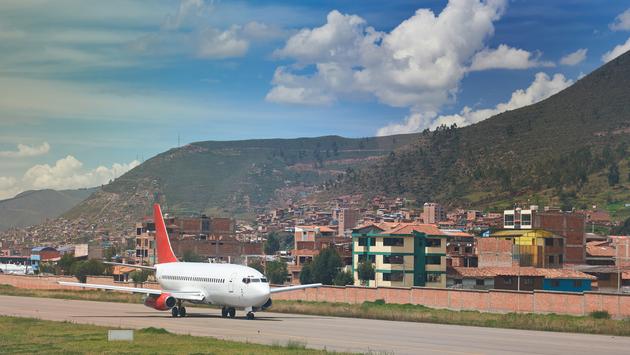 The petition asks the Peruvian president, Martín Vizcarra, to reconsider or relocate the airport from Chinchero. “I don’t think there’s any significant archeologist or historian working in the Cusco area that hasn’t signed the petition,” Majluf told the publication.

“It seems ironic and in a way contradictory that here, just 20 minutes from the Sacred Valley, the nucleus of the Inca culture, they want to build an airport—right on top of exactly what the tourists have come here to see,” Cusco-based anthropologist Pablo Del Valle, also told The Guardian.

Francis meanwhile says that encouraging more people to visit Machu Picchu and helping them to do that in a single day, threatens to kill the goose that laid the golden egg for Peru.

He suggests that instead, the country should focus on developing and marketing its remarkable heritage into a wider offer, to spread the tourists and their money more widely.

“I think Peru’s tourism problem is too much focus on just one place and product, they need to diversify,” Francis told TravelPulse, adding that the country should also market more locally, as well, to reduce carbon emissions from aviation.

“And in kind, we as travelers should look closely at ourselves and where we travel, and resist the pull of building a personal brand on the back of a photo of a famous place,” said Francis.

Virgin Voyages’ Scarlet Lady first look: A sleek high-energy cruise like no other

Not Wearing a Face Mask? Airline Surveillance Cameras Might Rat You Out

How bad is the Starwood Hotels Data Breach ·