Signs of the times in Puerto Rico point to a remarkable comeback from a series of natural disasters that rocked the island, including the hurricanes of 2017 and the recent earthquakes and shocks off the southeastern coast.

Resort renovations and reopenings, the arrival of new properties and brands, the upcoming April debut of El Distrito entertainment complex in San Juan, strong air arrivals and cruise numbers in 2019 and the ongoing #GoForPuertoRico campaign to remind travelers that the destination is open for business all factor into Puerto Rico’s rebound and rebirth.

On the accommodations front, recent additions to room inventory in the capital include the Aloft San Juan, the reopening of the InterContinental, the debut of the Hyatt Regency Grand Reserve, the renovation of the Sheraton and the return of the iconic Caribe Hilton.

Many properties used the period of forced closure following the storms to not just repair but to undertake complete face-lifts from floor to ceiling and front desk to fine dining venues.

Here’s the story of one of these properties.

“We’re about 25 minutes southeast of San Juan. We reopened five months after Hurricane Maria. When our first guests arrived at the property after it reopened, they said it wasn’t the same hotel that they remembered, due to all the work that had been done,” he said.

The multimillion-dollar renovation left no wall untouched, according to Stolzlechner.

“All the buildings had to be gutted due to water damage. The entire resort got a full transformation,” he said.

Stolzlechner, who joined the resort three years ago following management posts with Westin and Omni properties as well as Wyndham, got some valuable advice from a general manager who was on the scene when Hurricane Georges hit Puerto Rico in 1998, a year after the property originally opened under the Westin flag.

“He told me what to and what not to do in case another hurricane came my way. That helped me a lot. What also really helped in the immediate days following Maria was my staff,” he said. “Their homes had been destroyed, but 45 team members appeared on the scene a day after the storm with chain saws and tools to begin the resort cleanup.”

After Maria, the Wyndham remained open for relief workers. 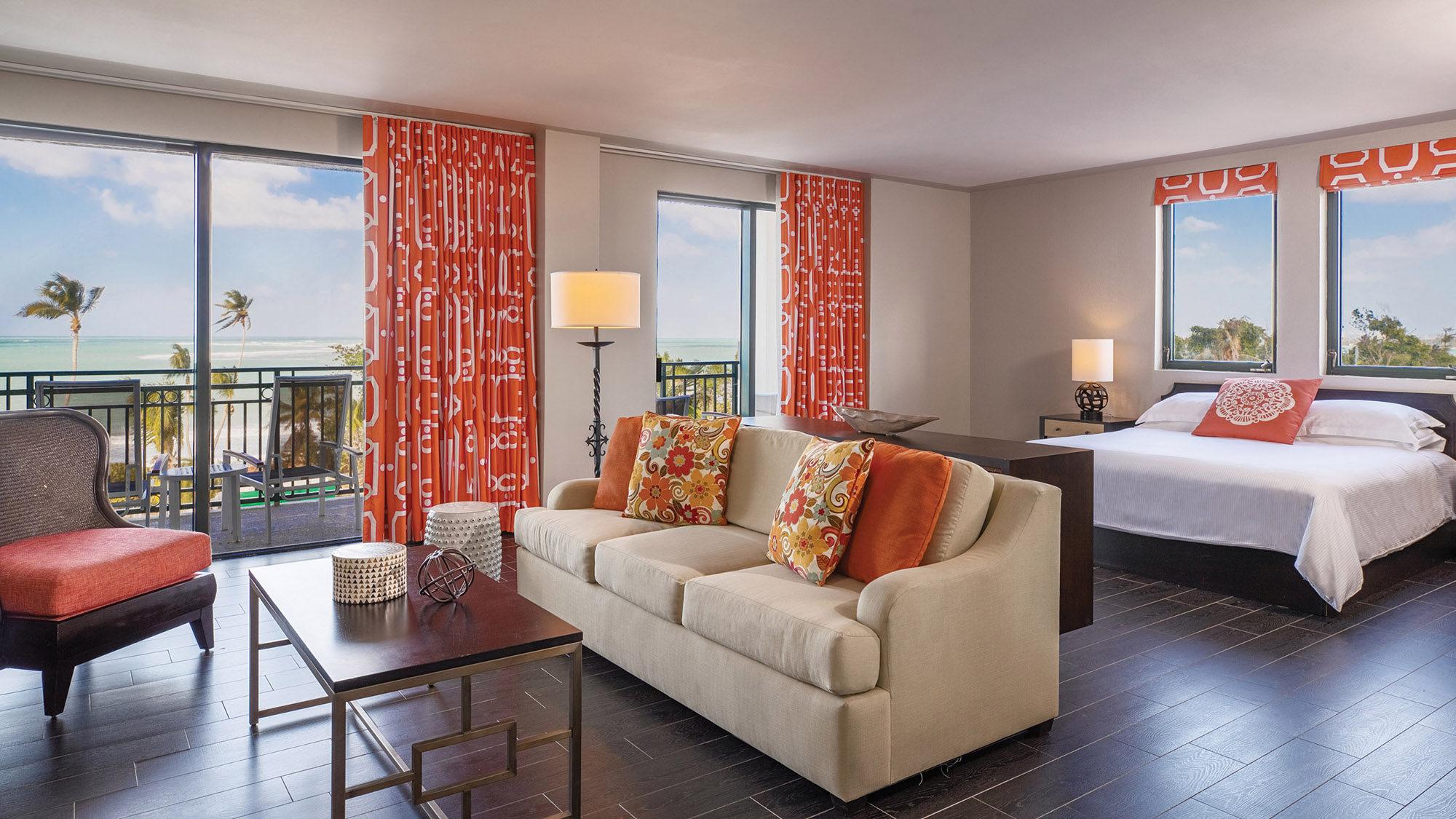 Today, the property numbers 400 rooms, including 39 suites and the 1,600-square-foot Governor’s Suite. Nine restaurants and bars include the Roots Coastal Kitchen, a farm-to-table restaurant stocked with produce and seafood from local farmers and fishermen; the Paleo Seafood & Steakhouse; Iguanas at the golf clubhouse serving Puerto Rican cuisine; the poolside Tiki Hut with tropical drinks and local fare; and the 5 O’Clock Somewhere Bar & Grill for quick bites, brews and Jimmy Buffett vibes.

“Since the remodeling and design changes, we’ve tripled revenues in our food and beverage venues and added new guest activities on-site and off the property,” Stolzlechner said.

The resort’s three pools and 2-mile stretch of public beach feature 700 lounge and deck chairs, “plenty enough for everyone to avoid the 7 a.m. rush to grab a chair and throw a towel on the seat to reserve it,” according to Stolzlechner.

Activities are geared toward guests who prefer to stay on the property as well as those who want to venture farther afield, with hikes in nearby El Yunque National Forest or tours of Old San Juan and the nearby Bioluminescent Bay.

“On property, we offer a full roster from rum tastings, morning nature walks and bingo to mixology classes, iguana feedings at 11 a.m., kids’ activities, casino play and spa treatments,” Stolzlechner said, adding that “most guests don’t have enough time to do it all.”

Weddings represent a big chunk of business for the resort, according to the general manager.

“We had 136 ceremonies in 2019, and there are 160 on the books for this year. Sometimes we have up to three a day at different venues throughout the property, including a wedding deck at the beach and a tent with clear sides that we can install in case of inclement weather,” he said.

Bird-watchers, too, are an expanding market for the property. “I see them all the time, dressed in camo with binoculars. We do have a lot of bird life here, and I’m happy that so many species returned after the hurricanes,” Stolzlechner said.

The Wyndham’s overall bookings break out to approximately 40% group business and 60% transient.

Of the leisure segment, many are repeat guests who returned when the resort reopened and were later followed by their friends who came based on referrals and recommendations, according to Stolzlechner.

“We had our best Christmas ever last Christmas,” he said, “and our booking pace now is strong despite some fallouts due to concern from the recent seismic activity in the south of Puerto Rico.”

The Wyndham staff took supplies and food to the communities in need following the quakes and aftershocks.

To date, there are no reports of Covid-19 coronavirus in Puerto Rico, although the destination and government agencies have measures in place to monitor and contain its spread if and when it is necessary.

“We haven’t seen any cancellations due to the virus, but we are watching this closely,” he said.

Travel advisors account for more than 10% of bookings, a number Stolzlechner wants to increase.

“This is a market we take seriously. We run fam trips and have a dedicated salesperson just to deal with agent relationships,” he said.

The resort offers an optional all-inclusive plan, one that includes meals and another that covers meals and beverages.

“This is popular with groups and approximately 3% to 5% of our leisure sector,” the general manager said.

Currently, the resort is pushing its message that Puerto Rico is open for business, welcoming visitors and offering packages to drum up additional bookings, including golf incentives, spa offerings, a fifth night free with resort credit when four nights are booked and free stays for kids under 5.

An Update From Palace Resorts and Le Blanc Spa Resort

easyJet is resuming flights after 11 weeks, but with only a skeleton service