Vancouver Food Tour is perhaps selling itself short with its name. Of course, the company’s tours do focus on the city’s culinary scene, from classic Chinatown restaurants to cutting-edge vegan eateries and beyond. But my tour entailed so much more, offering insights into Vancouver’s past and present that went beyond its food and drink offerings.

On the subject of drinking, there was a good amount of it on my tour, which has made the tours popular with bachelor and bachelorette parties.

According to Carlos Gomes, CEO of Vancouver Food Tour, because the menus are set and tour prices cover food, drinks and restaurant gratuities, the tours are “a great way for a group to mingle without worrying about ordering or paying and to experience four different locations in one night.”

I was visiting Vancouver as this year’s Winter Olympics were underway in South Korea. And while it’s too soon to say whether the Games will be a long-term boon to Pyeongchang, it was clear that British Columbia’s largest city had reaped huge benefits from its stint as host city in 2010. 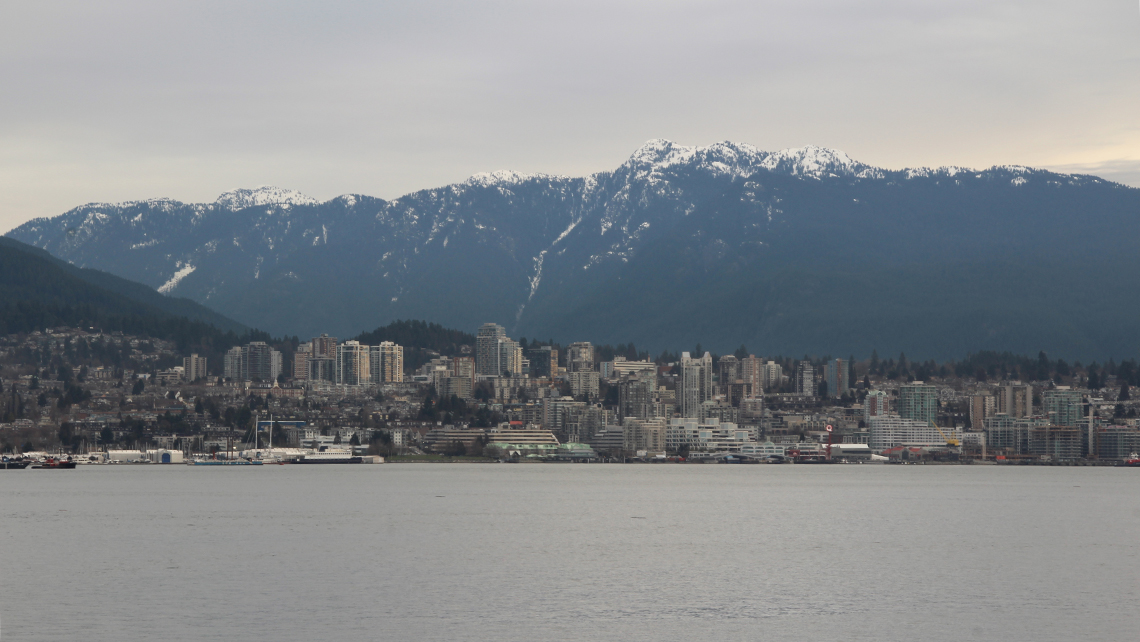 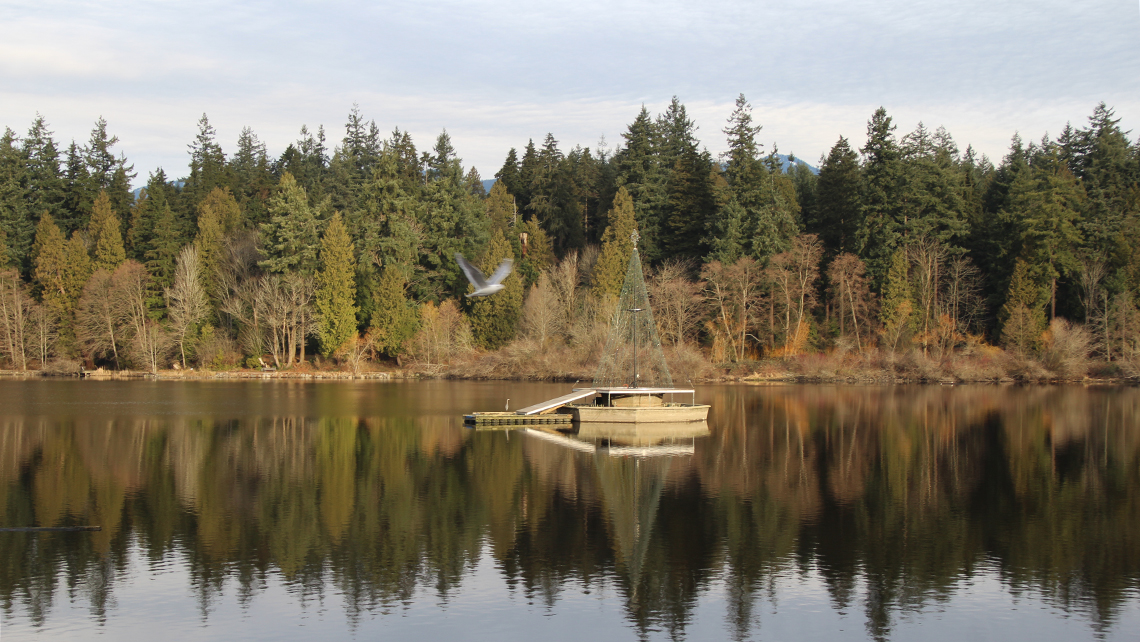 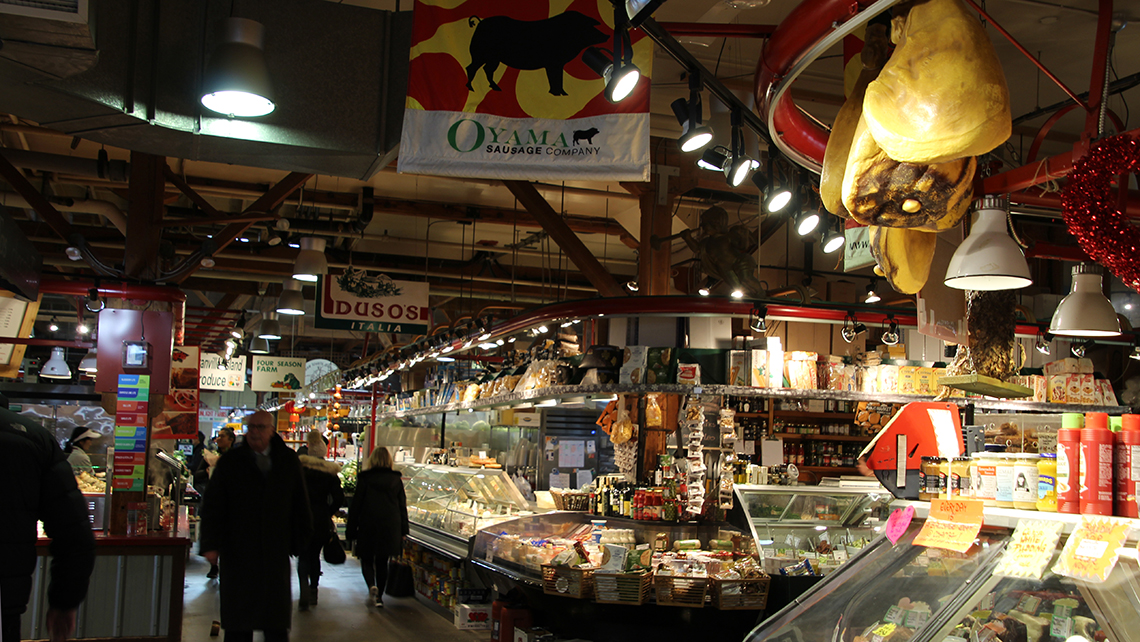 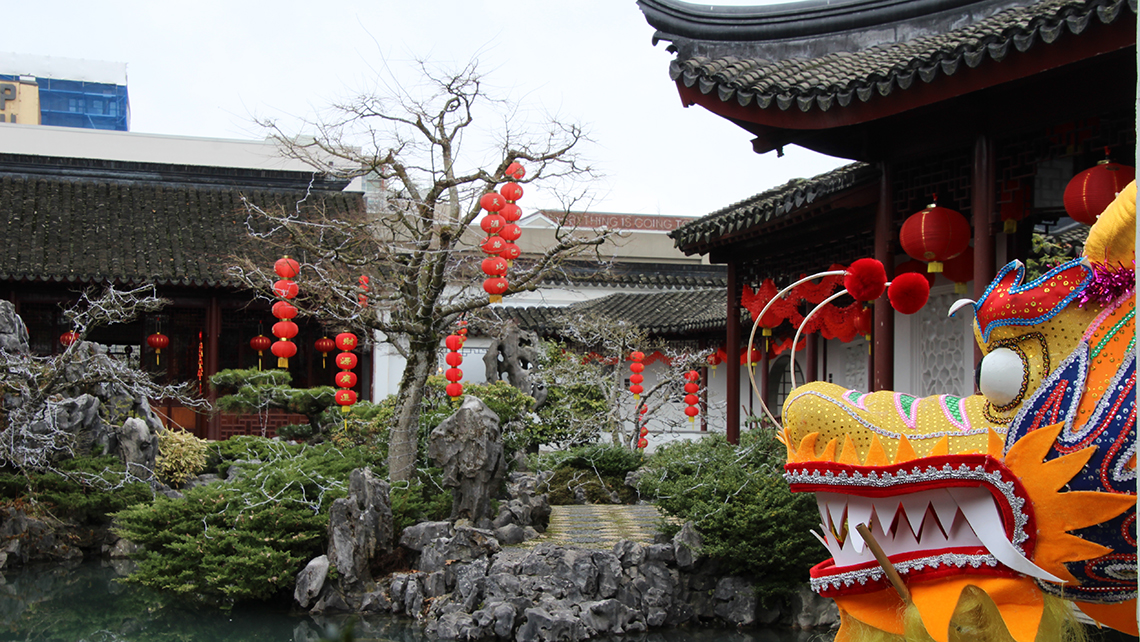 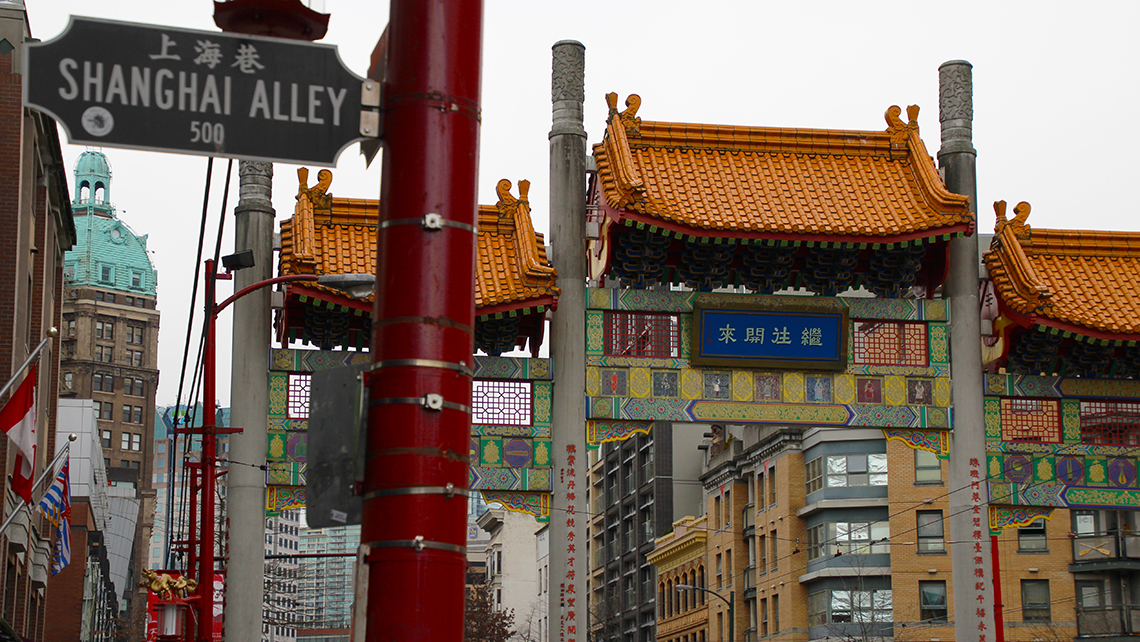 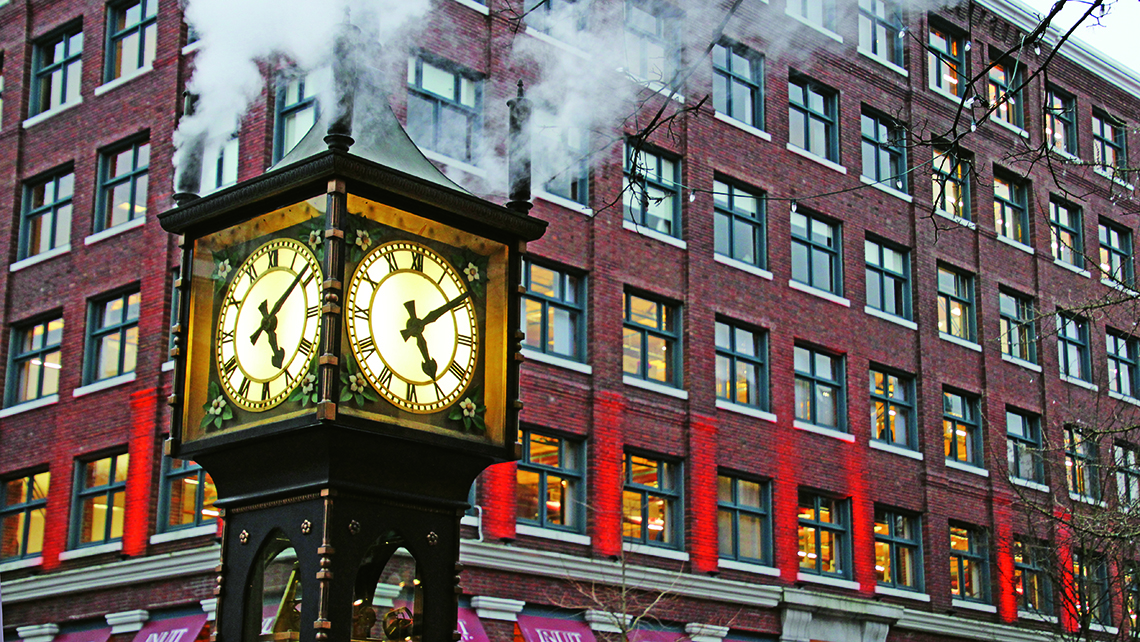 In fact, Vancouver’s Olympic-era rebirth was a recurring theme during my Gastown Tasting Tour. Essentially a shantytown upon Vancouver’s founding in 1886, Gastown had a long-held reputation for roughness, but eventually, parts of the neighborhood began to draw a young, entrepreneurial population.

I met my guide, Hannah Enkerlin, at the Waterfront rail station, which opened in 1914 and houses the first Starbucks to open outside the U.S. With four stops and untold calories ahead of us, I passed on a caffeine fix, and we headed toward another historical edifice: the Dominion Building, completed in 1910 and recognizable from appearances in “Blade: Trinity” and “Battlestar Galactica.” Along the way we passed the city’s famed steam clock, only about 40 years old despite its 19th-century aesthetic but long a favorite photo opp.

The Dominion Building’s basement housed Nuba, serving Lebanese food since 2003. Enkerlin explained that Victor Bouzide founded the restaurant to fill what he saw as a gap in the Vancouver culinary scene and has since opened two other locations. The meze platter with generous portions of hummus, pita bread, falafel and more was easily on par with those I’d had in Qatar and Dubai. 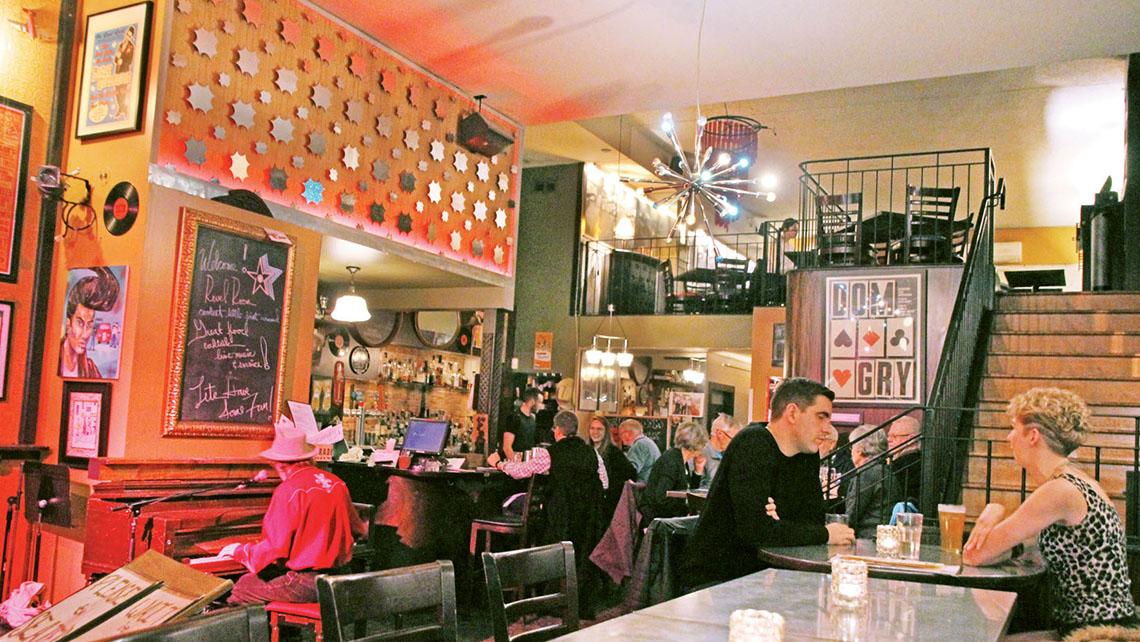 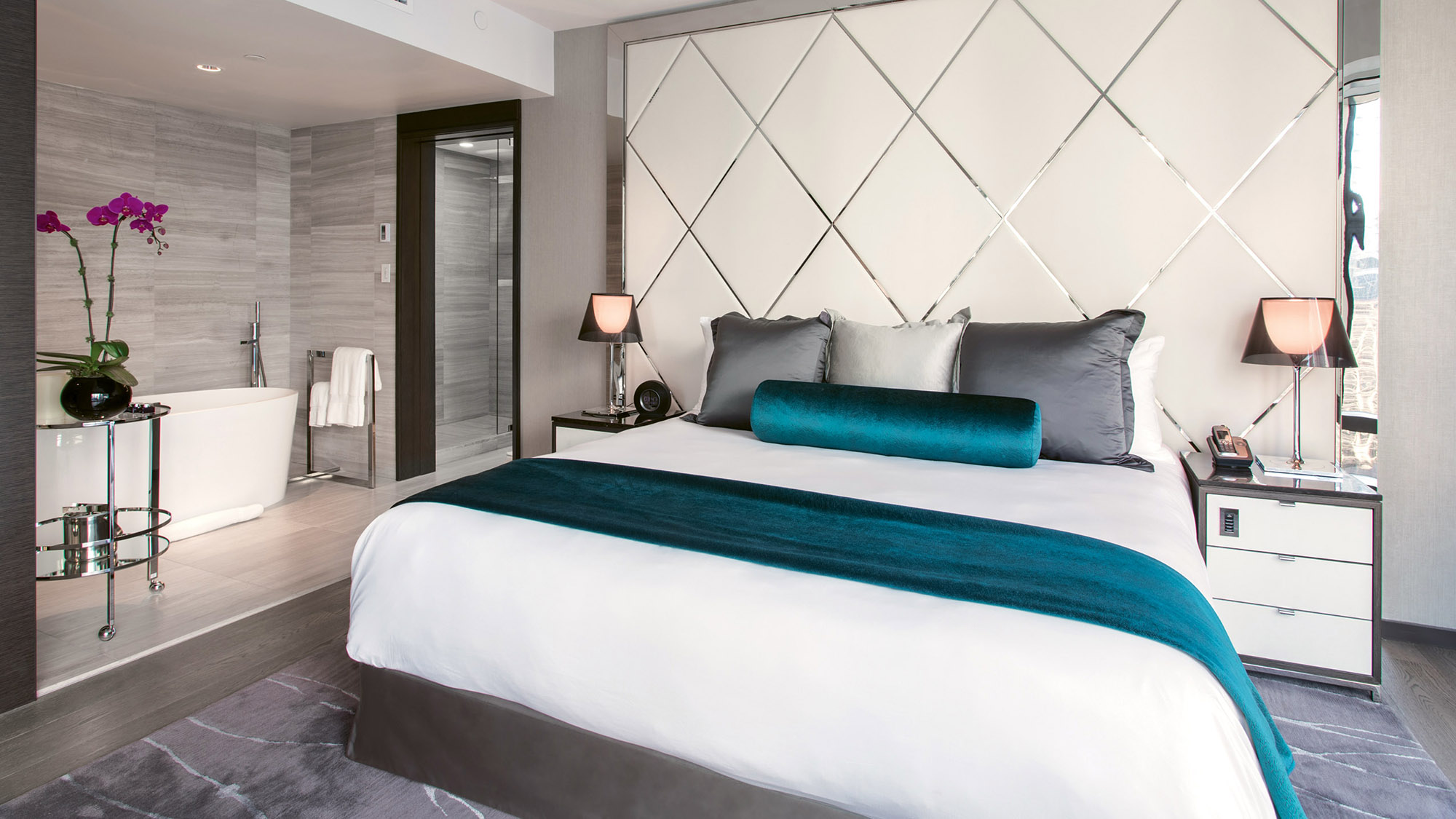 The 147-room hotel opened last year in a mixed-use tower that also contains 217 apartment units. It’s near a number of high-end shopping venues as well as the city’s convention center.

On the opposite end of the culinary spectrum from Nuba was our next stop, the Revel Room. As with Bouzide, Enkerlin told me, Revel Room owner Dennis Brock, a native Californian, sought to fill a void in the city’s dining scene. So he opened the Revel Room, which serves Southern-style cuisine — everything from Texas barbecue to Cajun. I sampled a couple of their small bites, of which highlights included pork boudin balls with garlic aioli and crispy fried chicken bites.

At hot spot Salt, which was doing brisk business among the date-night crowd on the evening of our visit, a Canada Tasting plate paired locally sourced meats and cheeses with a selection of wines from British Columbia and beyond.

We ended the night at the Irish Heather Gastropub, where floors made from Guinness barrels set the tone. A beer flight included classic Guinness and a couple of the brewery’s other offerings. A crab cake and bacon-wrapped date underscored the restaurant’s efforts to offer alternatives to Irish pub grub, though fish and chips and bangers and mash are on the menu, too. 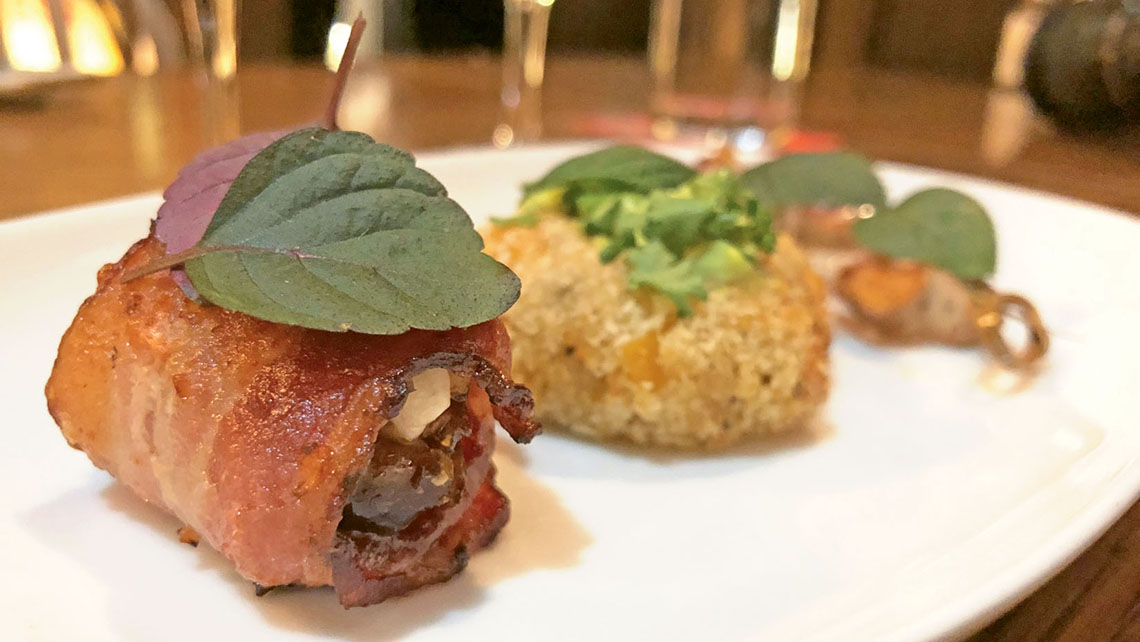 Gomes said bachelorette parties tend to favor the Gastown Tasting Tour, while bachelors go for the Craft Beer ‘n’ Bites itinerary, in which “curious beer lovers and serious beer enthusiasts alike will discover, enjoy and discuss craft brews alongside a variety of food pairings” with “a passionate beer educator as your guide,” according to the company’s website. And while my tour was generous with the meat and cheese, the company’s Vegan Food Tour is its newest and fastest-growing tour, Gomes said.

The company’s public tours are officially limited to a maximum of 12 guests, according to Gomes, but Vancouver Food Tour is happy to accommodate larger groups. “For example, when we have groups of 100 guests, we will split the group into groups of 25 and stagger their tour,” he said.

The Gastown Tasting Tour is about $85 per person; the itinerary has changed since my outing, but custom-tailored, private tours are available. The company pays commission, and tour operator rates are 15% off net rates. For information on other itineraries, see www.vancouverfoodtour.com.

Starting date for summer for UK holidaymakers abroad is 6 July

Hundreds of Chicago Flights Canceled, Delayed Due to Snow