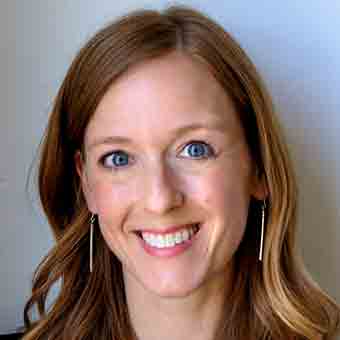 When the Celebrity Infinity made its 80th stop at the destination on Aug. 28, it became the 1,000th ship to dock there since Huna Totem Corp. opened Icy Strait Point in 2004.

A week later, with the Sept. 4 arrival of Royal Caribbean’s Radiance of the Seas, the total number of guests to visit Icy Strait Point topped 2 million since its opening.

Those are some impressive numbers for a destination that debuted with a rather modest 32 cruise ship visits back in its inaugural season.

During a follow-up phone conversation, Hickman said the destination expects to welcome approximately 269,000 guests in 2019. That’s up 45% from the 185,000 people who visited in 2018’s record-setting season.

The uptick stems, in part, from an increase in scheduled ship visits. The 2016 addition of a cruise ship dock also means that Icy Strait Point now welcomes larger vessels.

“The cruise ship dock was really a game changer. The increase from before the dock, in 2015, to what we expect in 2019 is an 85% jump in the number of passengers,” Hickman said.

Celebrity Cruises was the first line to visit Icy Strait Point in 2004, and the Infinity’s milestone August visit was its last call there before it is repositioned in the Caribbean. In 2019, the ship will be replaced in the Alaska market by the 2,850-passenger Celebrity Eclipse.

Norwegian Cruise Line will update and redeploy the 4,000-passeneger Norwegian Joy to Alaska next year, adding nine Icy Strait Point visits. The Queen Elizabeth will also stop there when Cunard returns to Alaska in 2019.

Viking, Disney, Carnival and Azamara are adding Icy Strait Point stops or ships in 2019, as well.

“The town of Hoonah, which is located one and a half miles from here, has 760 residents, so welcoming that 1,000th ship near the end of our 15th year is a huge milestone. And, 2 million people visiting the town over the same period makes a pretty phenomenal economic impact,” said Hickman. “When Huna Totem Corp. invested in Icy Strait Point, it wasn’t just about the bottom line. It was about raising up the town of Hoonah, providing opportunities for the shareholders, providing jobs and contributing to the economic development of the region.”

The destination features more than 30 tours and activities when ships are in port. Guests might explore nature trails on foot, book driving adventures on former logging roads or schedule whale-, bear- or bird-watching excursions. A tribal dance and cultural legend event showcases local traditions, while the Icy Strait Point ZipRider soars 300 feet above the region’s rainforest.

“Right in front of the ships is a second-growth forest with trees 120 feet tall, so even the arrival experience is what people imagine Alaska to be — but it is still unlike any other port,” Hickman said. “Not in many cruise destinations can you leave the ship and walk right into the forest, walk down onto the beach, walk into a historic canning facility or set off to watch wildlife.”

Due to an editing error, an earlier version of this report incorrectly stated that the Celebrity Infinity became the 100th ship to dock at Icy Strait Point. It also misquoted Tyler Hickman as saying a second-growth forest contained trees that were 20 feet tall.

Airlines that deliver baggage late will be required to refund fees

With schools no longer reopening, should you take an impromptu family holiday?