Tales of tourists coming a cropper in Dubai are grist to the mill of the emirate’s many critics. Why on earth go on a holiday to a place where you can be arrested for innocently putting your hand on another man’s hip in a crowded bar, as recently happened to British tourist Jamie Harron? Or what about the hapless holidaymaker who found himself in a world of legal peril after he unwittingly tried to change a counterfeit Scottish banknote?

For people who love to loathe Dubai, these stories show the city state’s glitzy cosmopolitanism is only skin-deep. Behind it lies a traditional Arab society with harsh penalties for people who break its laws and customs.

Even more unforgivable for the haters, however, is the sheer vulgarity of the place. Too crass, too “artificial”, too devoted to mindless consumerism. “Dubai is a city with neither charm nor character,” was the verdict of Germaine Greer after she spent a couple of hours peering down at the place from atop a double-decker tourist bus.

Personally, it’s the unapologetic naffness and swaggering ambition of a city that has sprung up in just a few decades that I love. At first Dubai was just an unavoidable pit stop on the way to and from Kabul, where I was living. Later it became a much-appreciated decompression chamber.

Yes, the hotels are all international chains. But goodness do they do over-the-top five-star comfort well.

Le Meridien was always my personal favourite. It’s not the glitziest in the city, is now quite old and is arguably just a high-end airport hotel. But because it’s low-rise, you don’t spend all your time getting in and out of lifts; and you can actually open the windows (ask for a ground floor room with direct access to one of the garden courtyards). It also has four swimming pools, terrific restaurants and brilliant staff. And it is home to one of Dubai’s most infamous Friday brunches, the set-price foodathons where expats gorge themselves on food and champagne. I never indulged, but was impressed by the stamina of revellers still going strong at 6pm. 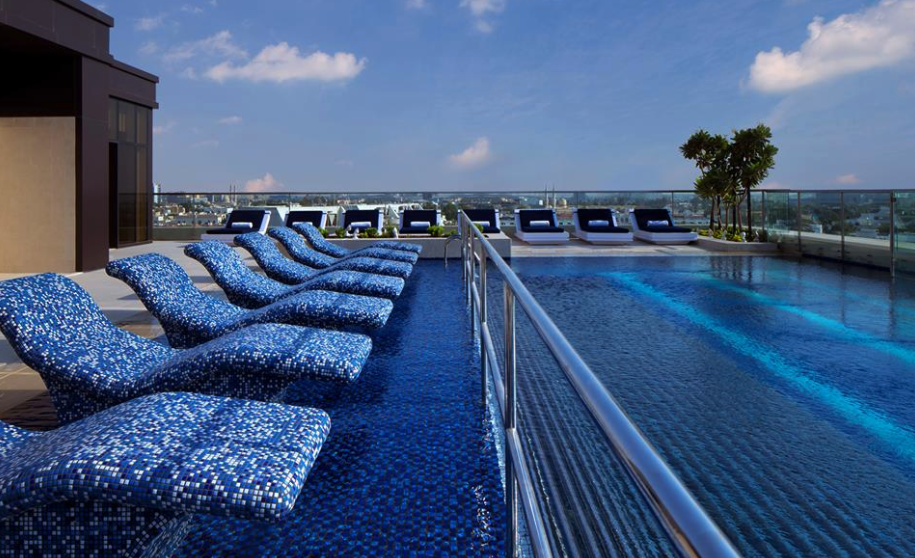 And no, Dubai is not the place to find great street food or discover obscure little shops about which you can brag on social media. But even if you don’t much like vast shopping centres, The Dubai Mall with its ice rink and aquarium is quite something. And for all its all-too-familiar international brands, the cavernous Kinokuniya bookshop is one of the best places to browse for books in the world.

There are no great museums or heritage sites, here; but instead, Dubai is a place of modern-day wonders. The Burj Khalifa is not just the tallest building ever built; it is also, I think, the most beautiful. All other skyscrapers pale in comparison. I once borrowed a friend’s flat high up the tower, from where I could watch the spectacular dancing fountains below and pretend to be staying in the eye-wateringly expensive Armani hotel, which is part of the same complex. Visitors can get the same experience by visiting the observation deck at the top.

Dubai’s land-reclamation projects are extraordinary. “The World” – the still undeveloped archipelago of 300 manmade islands dredged to resemble the countries of the world – is gloriously bonkers. The Palm Jumeirah seems to extend forever into the Arabian Sea as you drive up its central trunk, mansion-filled “fronds” jutting off to the left and right. Right at the end is the powder pink Atlantis hotel, themed around a lost subterranean city built by aliens, artefacts of which litter its vast restaurant aquarium. Next door is the Aquaventure Waterpark where punters are sent shooting through a tube built into a shark pool. Fun though that is, I recommend the livelier slides at Wild Wadi, a rival water park.

More attractions are in the pipeline, including even bigger malls and taller skyscrapers. A feasibility study has begun for one of the world’s first “Hyperloops” – the high-speed vacuum tubes of Elon Musk’s imagination capable of hurtling people the 90 miles between Dubai and Abu Dhabi in just 12 minutes. The country that already hosts the world’s busiest international airport is currently putting the finishing touches to another one, barely 25 miles away that will, naturally, be even bigger.

The national carrier, Emirates, needs somewhere bigger to park its vast fleet of aircraft. It currently operates almost 100 of Airbus’s gargantuan A380 superjumbos, eight of which fly to London airports every day. Don’t hesitate to jump on one. Just be careful not to walk round the shopping malls half-naked or eat in public during Ramadan. And don’t fondle the locals.

Ireland is technologically proven to fill your heart ·