It’s Easter weekend and I’m having a religious bank holiday like no other, en route to an ancient village in northern Iraq. After a couple of hours of driving through the mountains from Erbil (including an obligatory kebab stop), my boyfriend and I arrive in Lalish, a small village and temple complex in Shekhan Valley that’s home to the holiest temple of the Yazidi faith.

At the entrance to the village, marked by a small barrier with two security guards, I slip off my shoes and feel the cool white stone under my feet. It’s tradition to enter the village – a complex of temples – barefoot. It feels odd, at first, to be walking around an entire town shoeless, but the stone streets are smooth and clean, and within minutes it feels completely natural.

Lalish and its temples are about 4,000 years old. Its main temple was built by ancient Sumerian and other early Mesopotamian civilisations. In 1162 the temple became the tomb for Sheikh Adi Ibn Musafir, considered by Yazidis to be a “peacock angel” – one of seven holy beings to whom God entrusted the world after creation. This temple complex is the holiest place on earth for Yazidis: they believe Lalish is where Noah’s Ark first hit dry land after the flood, and is therefore the birthplace of new civilisation. Partly because of this rebirth, they’re expected to make a pilgrimage to the site at least once in their lifetime to drink holy spring water.

The drive here from Erbil, the capital of Iraqi Kurdistan, was worth the trip in itself. While Erbil is industrial, just outside the city, velvety green hills roll along the highway and mountains rise like a wall on the horizon. Lalish, nestled into the mountains up a small road guarded by local militia, would be easy to miss. It feels hidden, which makes sense: the Yazidi religion is known to be secretive.

While the faith combines aspects of Christianity, Islam, and Judaism, it predates them by about 1,000 years. It also includes some elements of Zoroastrianism and some Sufism. Yazidis are ethnically Kurdish, living primarily in Ninevah, Iraq, but also in Turkey, Iran, Syria, Armenia, and Georgia, with some migrating to Europe. Because so much of Yazidism relies on oral tradition, specifics can change depending on which religious leader you speak to.

The religion is so misunderstood that it’s often equated to devil worship, which has led to violent persecution of its people. In 2014, ISIS insurgents captured Sinjar, a town in Iraq. Tens of thousands of Yazidis from Sinjar and nearby villages fled into the mountains, where many were trapped without food or water. Some were abducted or raped; 5,000 were killed. Many of those who fled sought refuge near Lalish. 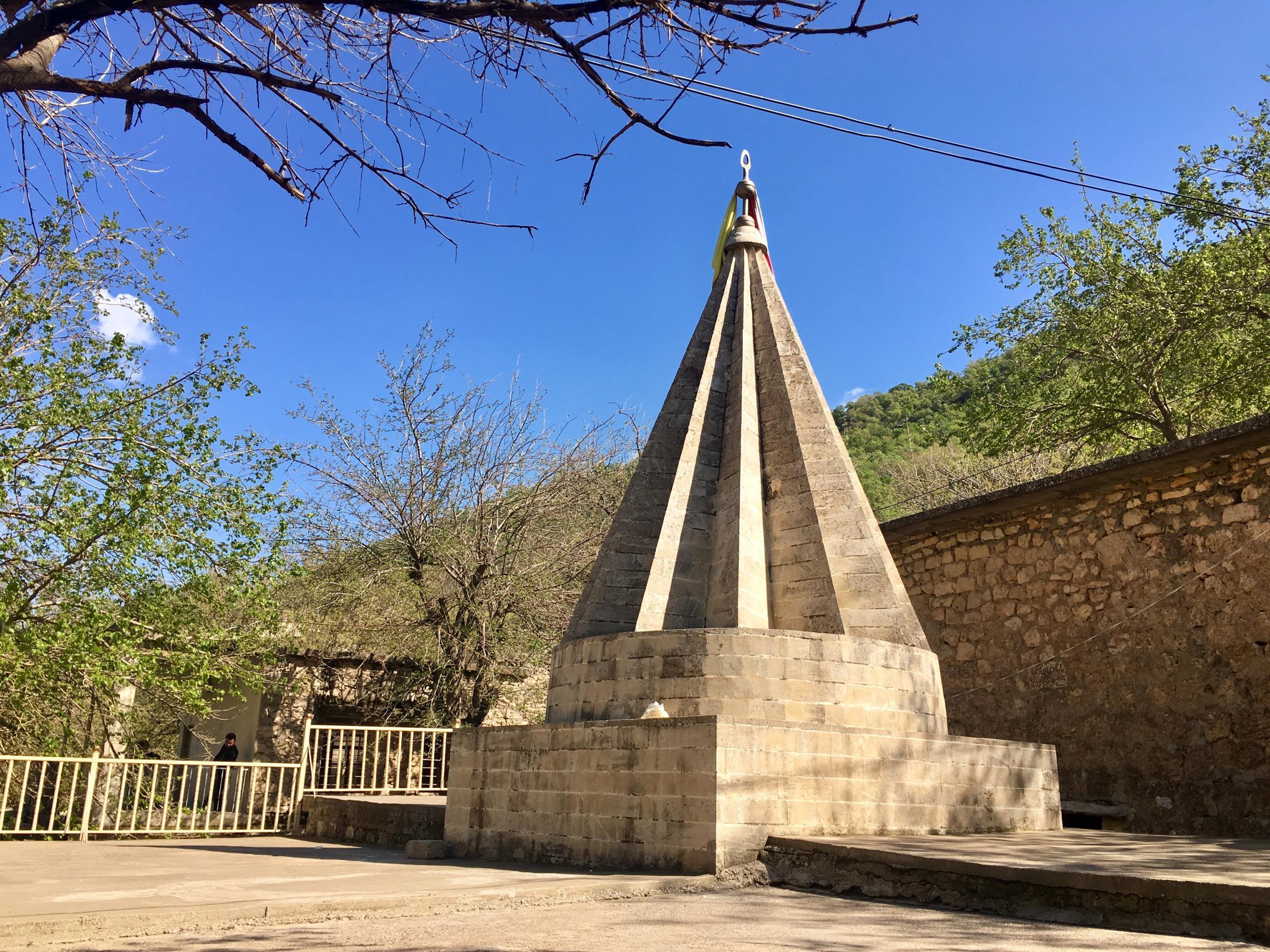 Lalish today is a far cry from those horrific scenes. Walking up the main street, you’re surrounded by small houses and conical temples that rise just above the hills – the cone shapes are meant to represent rays of the sun shining down on the earth. While we aren’t allowed into all the sacred places (there are many small shrines throughout the complex), visitors can enter the main site. Stepping into what feels like a domed marble cave, we find a tomb wrapped in satiny green fabric.

It’s a sunny day and there’s a distinct sense of cheer. Children’s laughter floats through the trees, families picnic on hilltops, and people stroll without urgency. Lalish is one of the most welcoming places I’ve ever visited. I’m told by people I encounter on the trip that this is in part because of Yazidis’ effort to be more open about the religion. They hope to promote understanding and eliminate talk of devil worship.

We’re wandering along a grassy path above the town centre when a group of young girls approach us and ask for photos. We pose and smile while they take turns standing with us – we’re both pale and I’m blonde – then run away giggling. A few minutes later, a man runs up – he’s a fine arts teacher, and wants us to meet his students. We climb to a ledge where teenage girl sits in the shade of a tree with a giant chocolate cake and fizzy drinks.

While much of the world is celebrating Easter, Lalish is preparing to mark Red Wednesday, the Yazidi New Year. The festival – as well as the night before, called Carsama Sari Sali – celebrates the nature, fertility, and creation of the universe. This year’s celebration will be the largest since the genocide – although visitor numbers, as will soon be confirmed, won’t reach pre-ISIS levels.

The girls and their families are from Bashiqa, a village about 20 miles from Mosul, but had to flee in 2014. Now they live in Shekan, 10 miles from Lalish, but they hope to return home soon. 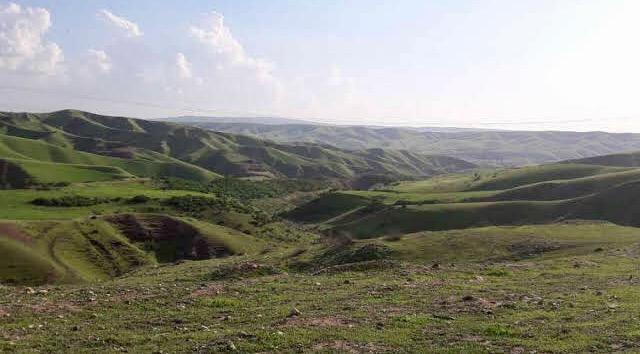 I’ll admit I’m surprised – this is not how I think of displaced people. In between gossiping and joking around, they take turns taking photos with us. Each one strides up, poses expertly, snaps a selfie and quickly uploads it to Snapchat. They wear Western clothes, have perfectly done hair and makeup, and would fit in easily in any international city. One girl gushes about her celebrity crush, Enrique Iglesias.

“I LOVE him,” she says, hands clasped over her heart, head tilted back. It would be easy to forget where we were – 31 miles from Mosul and 10 miles from ISIS-ransacked villages – if, in the next sentence, she didn’t excitedly tell us of her plans to return home this summer, once her town is safe again. The conversation is both eye-opening and surreal.

After at least 100 photos and some cake, we say our goodbyes and walk back to the car, but not before being offered tea by another man and taking time to marvel at more temples and soak up Lalish’s tranquillity. Slipping our shoes back on, a security guard stops us. “Photo?”

Current FCO guidelines advise against all but essential travel to Kurdistan

Japan has never been hotter than it is right now

Family holidays with a difference: our top five family beach hotels for 2020 – A Luxury Travel Blog

UK holidays: The best glamping spots in the UK to visit this summer