A passenger whose luggage exceeded the weight limit at the airport took an innovative approach to avoid paying the hefty excess baggage charges.

Gel Rodriguez from Davao City in the Philippines decided to wear as many of her clothes as possible, claiming that the multi-layered outfit saved her 2.5kg in precious weight.

She posted a picture of herself, dressed in at least three visible pairs of trousers and seven tops, to Facebook. It went viral, garnering 20,000 shares and 32,000 reactions.

“Me: NO PROBLEM! *from 9kg to 6.5kg baggage #ExcessBaggageChallengeAccepted.”

However, when asked if she would do it again, Rodriguez told Vice, “Maybe not. It was really hot. I don’t recommend other people do it.”

Ms Rodriguez is far from the first flyer to try and beat the system.

In 2018, a Ryanair passenger went viral when he got around the airline’s newly introduced hand luggage policy in ingenious, if unfashionable, style.

Unwilling to pay more for a second bag on his flight to Belfast, Lee Cimino, 30, converted an old coat into a wearable suitcase.

He took an old beige coat to his local tailor and asked them to customise it with pockets and compartments.

The idea was to fit the entire contents of a roll-on cabin bag into the lining of the coat. Toiletry bags were sewn in, as well as several pairs of pants to provide extra storage.

“Security wasn’t an issue, I just put it in the tray,” he told The Independent.

“The worry and the nerves were something else, but I got to the gate and boarded the plane with zero issues.”

He added: “There’d be no hesitation in doing it in future or recommending other people give it a go. It’s not so much the cost even, but you don’t have to wait for your bag to be offloaded at the other end. It saves time and money.” 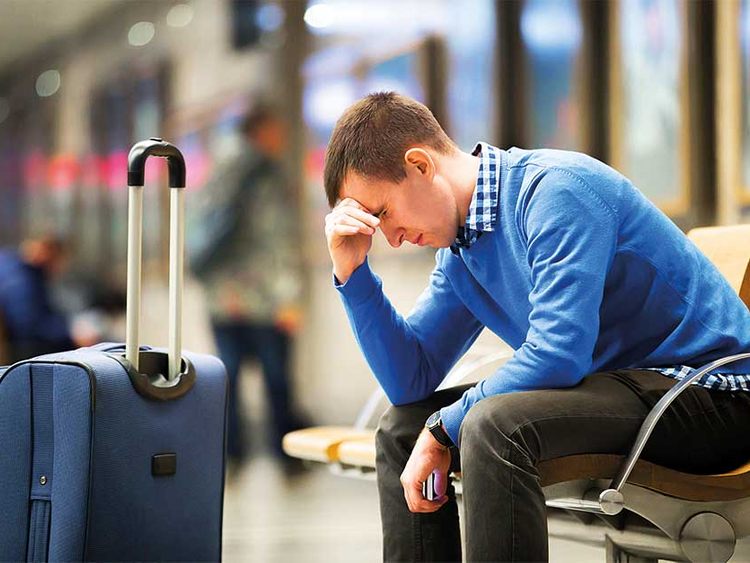 “We all have a master clock within us.”

Humans are, like most animals and plants on the Earth, slaves to the Sun.

While techonology and inventions have allowed man to control, manipulate and outmanouver nature’s influence, our biology is ancient. Jet lag, a common con for long distance travel, is a simple sign of the fact that our systems, regardless of all our tech, still responds to nature.

For this piece we spoke to Assistant Professor of biology at NYU Abu Dhabi, Dipesh Chaudhury, who has conducted extensive research on the biological changes that take place when individuals travel.

Everything revolves around the Sun

As defined by Science Daily, a circadian rhythm is a roughly 24.5 hour cycle in the physiological processes of living beings, including plants, animals, fungi and cyanobacteria. In a sense, it is a biological clock and ‘resets’ itself every 24.5 hours.

This clock is the reason why you want to sleep when it is night – i.e. dark outside – and why you want to be awake during the day. “Our biology is based on an ancient process that depends on interactivity with our environment,” Chaudhary told Gulf News in a phone interview. Long-distance travel and the change in time zones affects this Sun-influenced rythm.

What is day, what is night

And then there was light. Light, while helping us see and enjoy the environment we live in, also has a critical hand in our health, behaviour and quality of life. While light accounts for our sight and colours, it also determines us being healthy in mind and body. 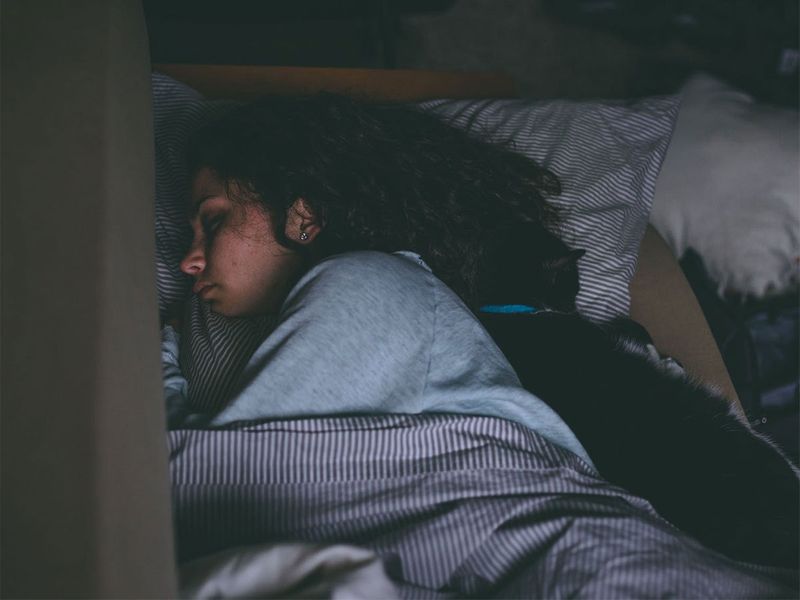 For sight, the retina, located in the back of the eye, detects light for the formation of images and for object tracking. How does light affect our health? Chaudhary explained, “Light for our biological clock is determined by special receptors in our eyes, called non-image forming receptors.” These receptors don’t create images or help us see, but signals to our body the time to rest and sleep and the time to wake up.

In a paper published by the US National Library of Medicine, the importance of light in this sense has been explained in detail. The 2014 paper states, “The rotation of the earth about its axis results in periodic changes in the light-dark environment. This predictable change in the light environment allows organisms to confine their activity-rest rhythms and physiology to specific times of the day-night cycle.

To anticipate changes in the light-dark environment, organisms have evolved an internal biological clock that runs with a period close to 24-hours in the absence of environmental influences such as light. The circadian clock drives many outputs, which include the sleep/wake and metabolic cycles as well as hormonal changes.”

Earlier light was thought of as a secondary factor for sleep, it has now been proven that light directly affects sleeping patterns, hormonal changes and even homeostatis (an organism’s ability to regulate internal health). Ideal homeostatis is key for avoiding biological and psychological imbalance.

Jet lag, East to West and West to East

Jet lag occurs when this light-night rythm of the body is thrown off track as our ‘clock’ tries to adjust to the change in timings of sun rise and sunset and time zones – which is set by the rotation of the Earth on its axis. Earth rotates from West to East, counter-clockwise.

If you fly out at 9pm from the UAE (night time) to Canada – your non-image forming receptors know it is dark and is signalling your body to sleep. 14 hours later, you land in Canada around 3am local time (early morning).

A 2016 study published in Chaos using a mathematical model states that flying west lengthens the day slightly, so this is more in tune with our body’s cycle which is a little over 24 hours long. A longer day is easier to handle for our clock than a shorter one.

The jet lag will hit you harder when you fly from West to East as you head into a shorter day at your destination. 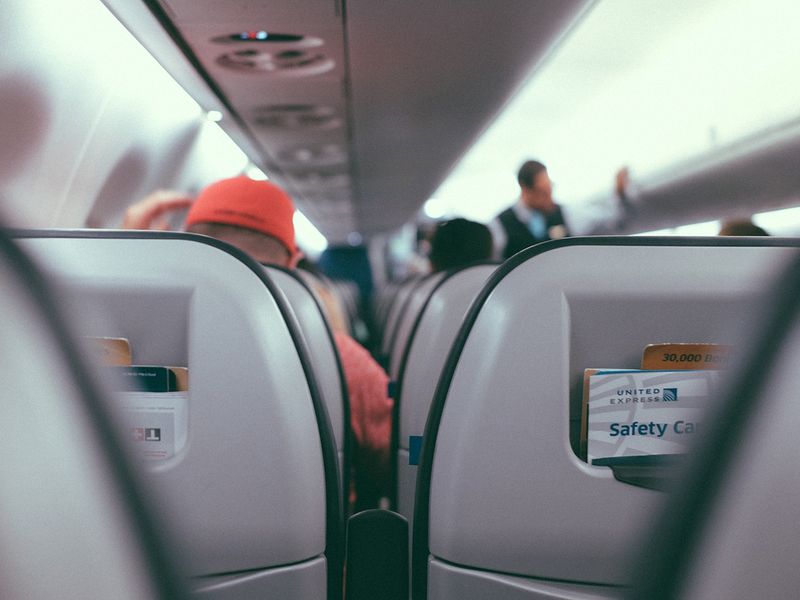 Some studies claim recovery period from a jet lag can be measured just by the number of time zones crossed at one to time zones recovered each day. For example, if you crossed six time zones, the body will typically adjust to this time change in three to five days.

Jet lag is a temporary condition and usually only leaves the sufferer with a few days of fatigue. It can also cause anxiety, stomach issues such as constipation or diarrhea and disturbed sleep. However, regular long-distance travel and the resulting havoc on your inner clock can cause immune disorders, mental issues and aggrave pre-existing conditions such as diabetes, heart diseases etc.

Can you cheat jet lag?

No, according to Chaudhary, who has researched the phenomenon in detail. “You can make it easier to handle by preparing,” he added. Avoid bright backlit devices emitting blue light, he said, such as mobiles. Some studies claim that changing your sleep habits for a few days by an hour or two based on the time at your destination can help recover faster.

Vacation Like The Marvelous Mrs. Maisel At These 6 Trendy Boutique Inns In The Catskills

How to beat airline baggage rules, Glasgow style: wear all your clothes at once

More people are flying — so why are airlines slashing flights and hiking prices?

Wine Down Pop Up ·