Teachers have shared their anxieties as schools in England get ready to open their doors, with some worried about the risk of catching the disease, while others hoping schools will feel “as normal as possible”.

Students are expected to start returning back to the classroom next week, after some year groups have stayed at home for months due to coronavirus.

While parents have told The Independent they feel nervous about their children going back – with some even saying they would risk a fine – some teachers have shared concerns about staying safe and working in a school with a whole host of new safety measures.

Anna*, a secondary school music teacher from the West Midlands, said she is worried about her health, as she is in the clinically extremely vulnerable group due to having several autoimmune conditions.

“In my current school I will be in contact with more than 600 students weekly in overcrowded classrooms in various parts of the school – often poorly ventilated,” she tells The Independent.

“Anyone who thinks teenagers will respect boundaries and sit nicely in rows is deluded. It won’t happen.”

She says she has asked to work from home part of the time, which is being considered, and her school have been “very supportive” so far. Still, she says she expects to be signed off from the first few weeks due to stress.

“I’m also considering resigning completely and leaving the profession as I’m not willing to risk my life over it.”

Maria**, a singing teacher in schools Yorkshire, says she is feeling anxious at the uncertainty over what safety measures will be in place.

While one school has communicated in advance the list of precautions they will take, such as providing bigger rooms for music lessons, she is still unsure about what steps the other school will be doing.

“As yet we really don’t know much more than we’re expected to go in,” the singing teacher – who has been told to come into school a week after students return – tells The Independent. “And that’s a little unsettling, really.”

As the sole provider, and with a poorly child, she says she is worried about catching coronavirus, and will be taking her own precautions, such as avoiding the staff room and cleaning the room inbetween students.

“I’m not anxious in one school, but I am actually quite anxious in the other school,” she says.

Layla**, a secondary school teacher in Hampshire, says she is not worried personally about catching Covid-19, but knows “lots of teachers are”.

“If you have got a class of 28 children, you cannot socially distance,” she tells The Independent. “It is impossible.”

She said. “I’m not actually nervous about getting Covid-19 … I’m only in my 20s. But I can see why someone who’s a bit older would be.”

The government has said it expects all children back in school from September, with a threat of fines hanging over parents who decide to keep their children at home.

Schools shut back in March as coronavirus took hold of the UK, staying open only for vulnerable children and or those of key workers.

The first year groups were allowed to come back from the start of June, while others have had to wait until September, where they are faced with schools with a whole set of safety measures aimed at preventing the spread of coronavirus.

The government recently changed their advice over face coverings in schools, meaning headteachers across England have the power to make face masks compulsory in communal areas, and obliging them in certain situations for secondary schools in local lockdown areas.

Chris Parkhouse, a primary school headteacher in Harrogate, says he is excited for children to get back to school – but “somewhat anxious to ensure we can adapt to this ‘new normal’ as quickly and safely as possible”.

Joe Jennings, a trainee teacher in Birmingham who feels confident in his school’s safety measures, says he worries about what school will feel like for children – especially those who have missed out on education the most at home.

“I just hope it is as normal as possible,” he says.

The Department for Education have been approached for comment.

**Not their real names due to similar concerns 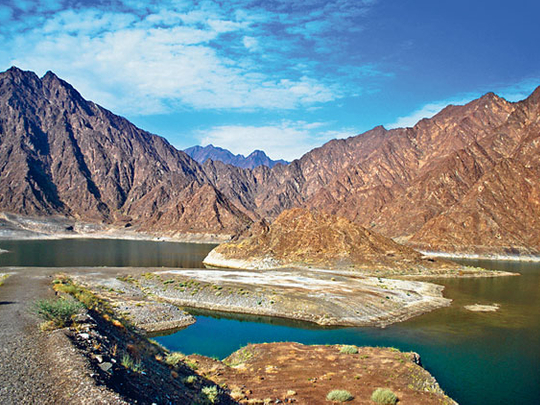 Dubai: A decision has been taken on Monday by the Supreme Committee to deal with COVID-19 to allow the issuance of tourist visas to enter the Sultanate.

A statement issued online by Oman News Agency (ONA) said, ”The Supreme committee decided to allow the issuance of tourist visas to enter the Sultanate, provided that the arrival of tourists is within the framework of tourist groups organised by hotels and tourism companies.”

The statement added, ”The Supreme Committee also decided to terminate the work with a decision to reduce the number of employees who are required to come to the workplace in the units of the state’s administrative apparatus and other public legal persons, starting from Sunday, 6th December 2020.”

“The supreme Committee calls for the necessity for all parties to continue to take precautionary and preventive measures necessary to prevent the spread of the disease, and to follow up on commitment everybody out.”

“The committee also decided to reopen a new package of commercial and industrial activities, with the necessity for those activities to adhere to the necessary preventive controls, and the competent authorities will announce the details of those activities,” the statement added.

The Best “Parkitecture” Hotels for Travelers Who Love the National Parks