Imagine you live in a medium-sized city such as Birmingham or Milan. Now imagine that overnight the population increases by about 30%. The new people are mostly destitute, hungry and with nowhere to stay. They don’t even speak the language.

Then imagine that instead of driving them away, you make them welcome and accommodate them as best you can.

Welcome to Gaziantep, a sprawling industrial city on Turkey’s southern border with Syria, where that exact scenario has played out over the past few years.

Gaziantep has a thriving textile industry and is the home of the pistachio; its food is reputed to be so good that people fly down from Istanbul just for lunch. It is also just 60 miles from Aleppo, the Syrian city devastated by war.

In April 2011, 252 refugees arrived in Turkey from the Aleppo area. One year later, there were 23,000 in the country; by 2015, 2 million. Today there are 3.6 million Syrian refugees (or protected persons, as they are officially known) in Turkey, with the majority living in the south, in places such as Gaziantep. 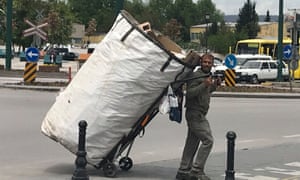 “Before the war there were lots of close relationships between people here in south-east Turkey and Syria,” says Azhar Alazzawi, who manages the UN’s World Food Programme in the city. “So in general people here call them guests, not refugees. The culture is similar, so is the religion.”

Under the Ottoman empire, before the modern states of Turkey and Syria existed, Gaziantep and Aleppo were part of the same region. The refugees tend to stay in the south of Turkey, close to what was home, because they have a shared history and there is a demand for unskilled labour.

There is no doubt, however, that the newcomers have put a huge strain on the city’s resources – above all on housing, water, public transport and healthcare. With the crisis now in its seventh year and more than half the refugees under 18, education is a concern.

“Initially we had to provide food, clothing and temporary shelter,” says Onder Yalcin, head of the city’s migration office. “We rented hotels and put people up in sports centres. 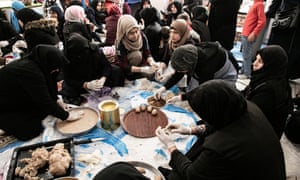 “We made a public appeal for help and people brought food, blankets, clothes, cooking stoves, all sorts of things. People took the most vulnerable, such as mothers with young babies, into their homes.”

Early on, the Turkish government pursued a policy of integrating the newcomers into urban areas, rather than let them fester in refugee camps. Only 4% still live in camps.

This put pressure, however, on the existing housing stock in Gaziantep, forcing up rents. Employers, meanwhile, took advantage of the sudden increase in the workforce to push down wages. There was also conflict over access to drinking water, and burgeoning resentment that the aid pouring in was going to Syrians, not to poor Turks.

“If you go into a neighbourhood in a UN vehicle, everyone knows who is getting the aid and this causes tension,” says Khalil Omarsha of the Gaziantep branch of the International Office for Migration (IOM), the main world body tasked with the resettlement of refugees.

It was precisely to avoid this sort of conflict that the city adopted a new approach, based on integration.

The mayor, Fatma Sahin, established a migration management department. The idea was that Turks and migrants would receive equal treatment and benefits. 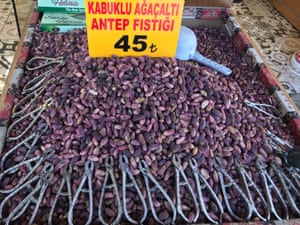 It persuaded the government to pipe in water from over 80 miles away to address the water crisis, and then set up a plan to build 50,000 new homes, as well as new hospitals and better public services. All were available to Turks and migrants alike.

“I said to them, we have to work together,” Yalçin says. “We are aiming for social cohesion, because Turkish and Syrian people are going to live together here, and if you only help Syrians there is going to be tension.

“We said: ‘When you help Syrians in the same neighbourhoods where Turkish people have the same needs, you have to help them, too.’ They said their funds were just for migrants and we said: ‘Talk to your donors. And if you’re not prepared to work with us, then you should leave.’”

The IOM agrees with the mayor that integration is the best way to avoid conflict. They jointly run the Ensar community centre in Narlitepe, a poor neighbourhood where people from both communities are offered courses in computing, cooking, languages, mosaics and break dancing. All activities are bilingual, run in Turkish and Arabic.

“Most of the hundreds of people who use the centre are children,” says Omer Atas, the centre’s coordinator. “They are mostly girls, which is good, because it’s hard for them to be socialised. There are fewer boys, because many have to work.” 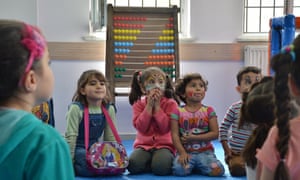 Mohammed, 19, fled Aleppo with his family six years ago. He learned Turkish, taught himself English, and now works at the centre. “I started learning to play the guitar and now I teach music here in the centre,” he said. “I don’t think we will go back to Aleppo. There’s nothing for us.”

Having coped with the initial humanitarian crisis and the early stages of integration, the next challenge, Yalcin says is education and work. Initially children were taught the Syrian curriculum in Arabic with the expectation that they would return home, but as of next year all ages will be integrated into the Turkish public school system.

Although children learn Turkish easily, language remains a barrier to integration and work for their parents. Syrians can only get a work permit if they are offered a job, but both sides prefer the informal market: the employers because they don’t pay social security, and the workers because they don’t forfeit aid payments.

Until recently authorities also turned a blind eye to Syrians setting up businesses without the necessary permits. Now that they are clearly here to stay, there is pressure on everyone to regularise their status. Besides, the aid won’t last for ever.

“We’ll get to the point where covering the basics will not be enough. Now we need to teach people to fish and not just give them fish,” says Oben Çoban, Save the Children’s director of programmes in Turkey.

In 2016 the EU effectively bought its way out of the crisis by pledging €6bn to Turkey to help Syrian migrants, half of which has been paid. Although member states agreed almost a year ago to pay the remaining €3bn, it has yet to arrive.

What sets Gaziantep apart is that it didn’t wait. It was quick to accept the reality that the migrants were there to stay – and the sooner integrated, the better. 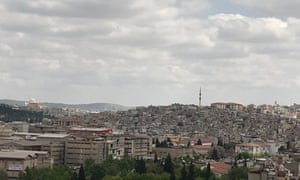 “Migration has always been with us,” says Yalcin. “It’s not a problem to be solved but a reality you have to manage. You should see the advantages. And you need to tell people the truth: these people are not stealing your jobs, they’re not stealing your houses.”

Yakzan Shishakly of the Maran Foundation, an NGO, says Gaziantep is booming. “The city has really done a good job and there haven’t been any big problems. When the economy slows down, I fear there will be conflict.”

Meanwhile, the city remains a role model of tolerance and pragmatism. The IOM’s Lanna Walsh compares it to the reaction in other cities: “They say, OK, we’ll take 80, and they make such a fuss about it.

“More European countries need to step up to the plate, like Germany did, and agree to take more. It’s not a burden to take refugees. Migration has always been a good thing and a driver for development.”

The Best Cities in the United States in 2020

Where are the best spots for spectacular fall foliage in New York in 2018?

November events: The best things to do this month across the UK – book tickets now