The wind is up and the white horses stampede along the surface of Coniston Water, making this Lakeland icon resemble the high seas rather than the sultry bucolic setting for idyllic childhood holidays. The Old Man of Coniston is wrapped, scarf-like, in wisps of icy mist, offering only fleeting glimpses of its scarred and pitted slopes.

The setting feels rather eerie – a sense compounded by the dense Grizedale forest behind me, where closely planted conifers close out the light and separate me from the lake on the other side of the hill, Windermere. 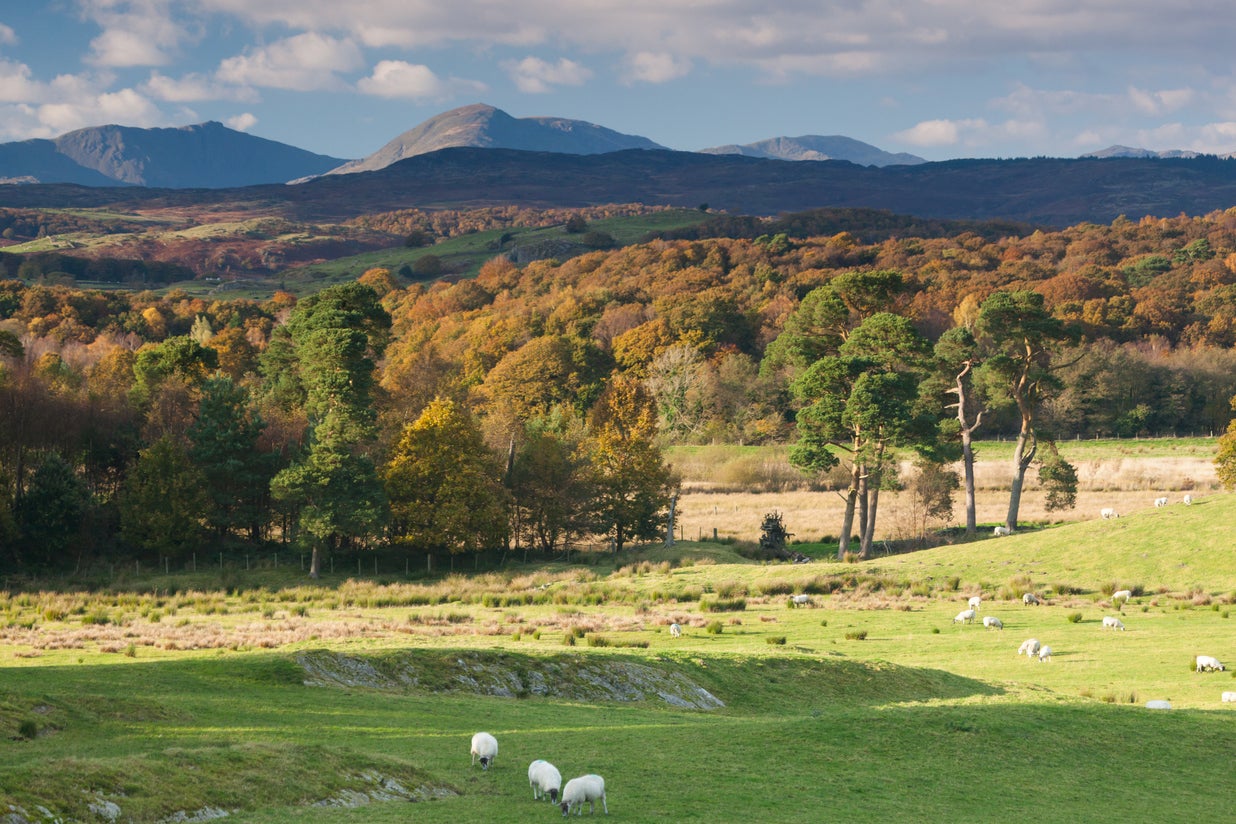 Catch winter on a good day – clear skies, frost underfoot – and it’s a superb time of year to visit the Lake District: There’s a rawness to the landscape at this time of year that’s lacking during the busy summer months. What’s more, many trees are bare, now, opening up views obscured during summer. I can see Coniston Water today as I clamber uphill towards Windermere; normally the two lakes are separated from one another by Grizedale Forest.

Rather unfairly, Grizedale is like the person at a party standing in the corner with no one to talk to: Neither mountain, nor picturesque woodland in the sylvan sense that got Wordsworth in a lyrical frame of mind, it abuts water rather than encircles it. Most visitors come to the Lakes for the mountain views and the shorelines. Here, though, I’m in a dense woodland of conifers and broadleaf trees.

But Grizedale’s downside, I find, is also its appeal. Few opt to plunge into its gloomy depths, but those who do are repaid with a solitude and peace that is at a premium around much of the Lake District. Every now and then, the trees give way and my route nudges me out into daylight, showing off stirring views of landmark outlines, such as Langdale and the Scafell Range.

Grizedale may be no mountain, but the path pulls away sharply east from the shoreline of Coniston as I wind my way up to Carron Crag. After half an hour in woodland, I emerge, blinking, into the open for a superb view of the Lakes, all the way down to Morecambe Bay.

I follow the path from Carron Crag back down into Grizedale, passing quirky artworks along the way – more than 30 installations are tucked away in the woods, here. Some are old, some are more recent – part of a forest art project which dates back to 1977 (grizedalesculpture.org). They include a 3m-high concrete stile created by Lucy Tomlins, and Lady of the Water, two slender figures carved by Alannah Robins and situated beside a small waterfall. 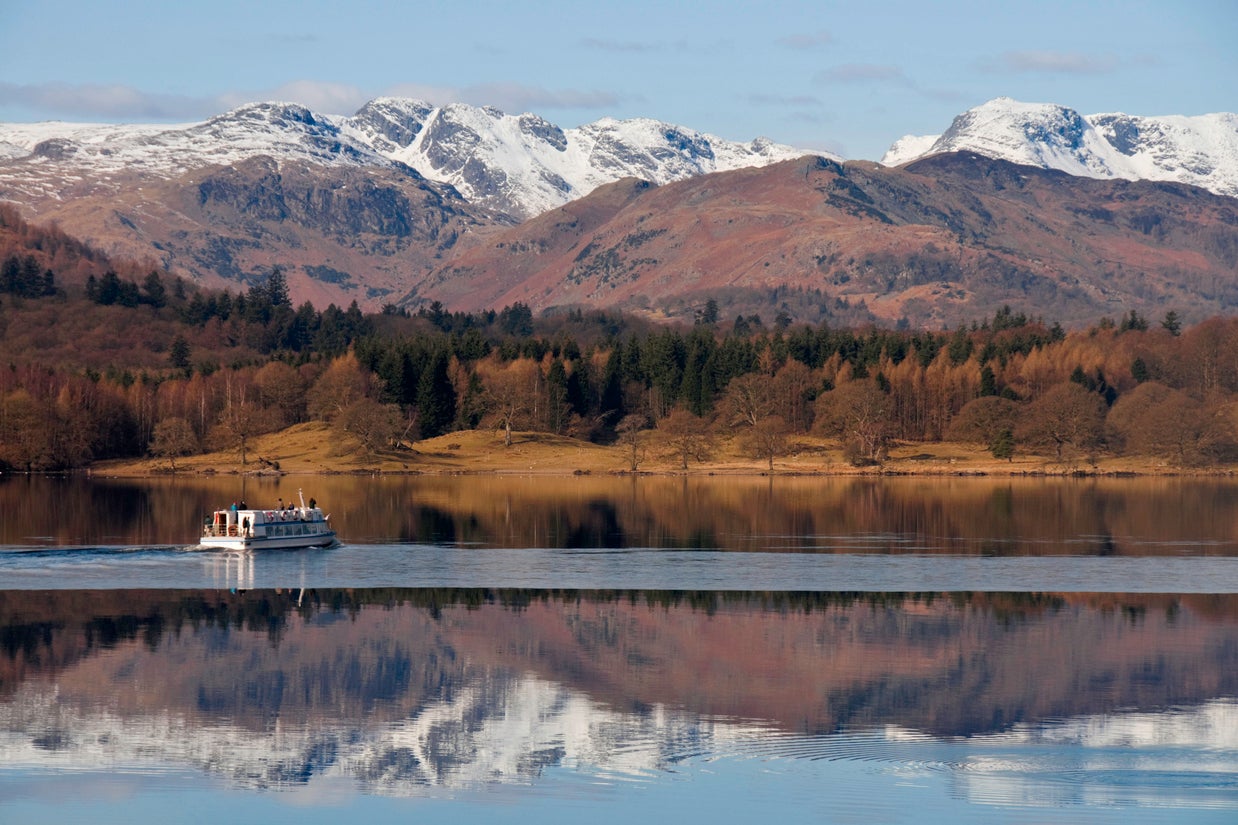 From the Grizedale visitor centre, more bridleways and paths loop around lonely Esthwaite Water and I cross Cunsey Beck, its waters hurtling towards Windermere. I’m keen to hang onto solitude for as long as I can and so give a wide berth to Hill Top and Near Sawrey, the home of the Beatrix Potter industry.

Instead, I descend through native woodland to the shore of Windermere and the Claife viewing station. Looking like a decaying castle, Claife was purpose-built as a vantage point from where tourists could take in the serene views of Windermere. The tinted glass – greens, oranges, yellows and dark blue, representing the different seasons and a moonlit night – through which the first, 18th-century visitors peered has been restored. Through the glass, Windermere becomes a yesteryear landscape.

Follow the purple trail uphill. At the crest, keep heading to the forestry track and turn right uphill and zigzag your way along tracks to Carron Crag Hill (several routes wind up to converge at the summit). From the summit take the red waymarked trail markers to descend to Grizedale hamlet. Take the bridleway that leads north-east out of the village. Where this forks (grid ref: SD345952) take the right-hand path down to the minor road. Turn right for 400m, then take the path to the left for 1km to another minor road. Turn right and after 400m turn sharp left along the minor road. After 300m turn right onto the path to reach Far Sawry. Dogleg across the minor road to reach the B5285 and turn right, following the road to the Claife viewing station and down to the jetty.

Virgin Trains (virgintrains.co.uk) run from Euston to Kendal, Oxenholme and Penrith. Northern (northernrailway.co.uk) then from Oxenholme to Windermere, or Co-Wheels (co-wheels.co.uk) rents hybrid electric cars from Windermere and Penrith station.

Home Farm House in Ullswater (lakelovers.co.uk) sleeps six, and costs from £695 per week.

Brexit travel: How will a no-deal affect your travel money? – currency expert reveals all

Some clients are self isolating in villas or rentals advisors say