If you were to find yourself, as I did, prostrate and naked on a bench in an infernal steam sauna, your face mashed into a pile of birch leaves as a hulking Russian banschik beats you with bundles of oak branches, you might question your life choices — which is precisely the point of the signature parenie treatment at Banya No.1 in East London.

Fortunately, your head is protected from the extreme heat by a monogrammed felt hat (i.e., if you can’t see it, then maybe it’s not happening), thereby enabling you the clarity to consider that this traditional Russian detoxifying treatment at Banya No. 1 is a favorite of celebrities such as Kate Moss and Justin Bieber as is the honey-and-coffee scrub and the Siberian body wash.

Rejuvenation is all but guaranteed after the three-hour treatment package, which includes access to the steam sauna, plunge pool and massage room. Apart from the sense of exhilaration that follows, what might be most remarkable about this authentic Russian spa is its location in London.

And yet, a recent wellness-focused week sponsored by VisitBritain and London & Partners (as well as Visit Bath and Cotswolds) revealed a range of treatments at various luxury properties that were as diverse as England’s population. 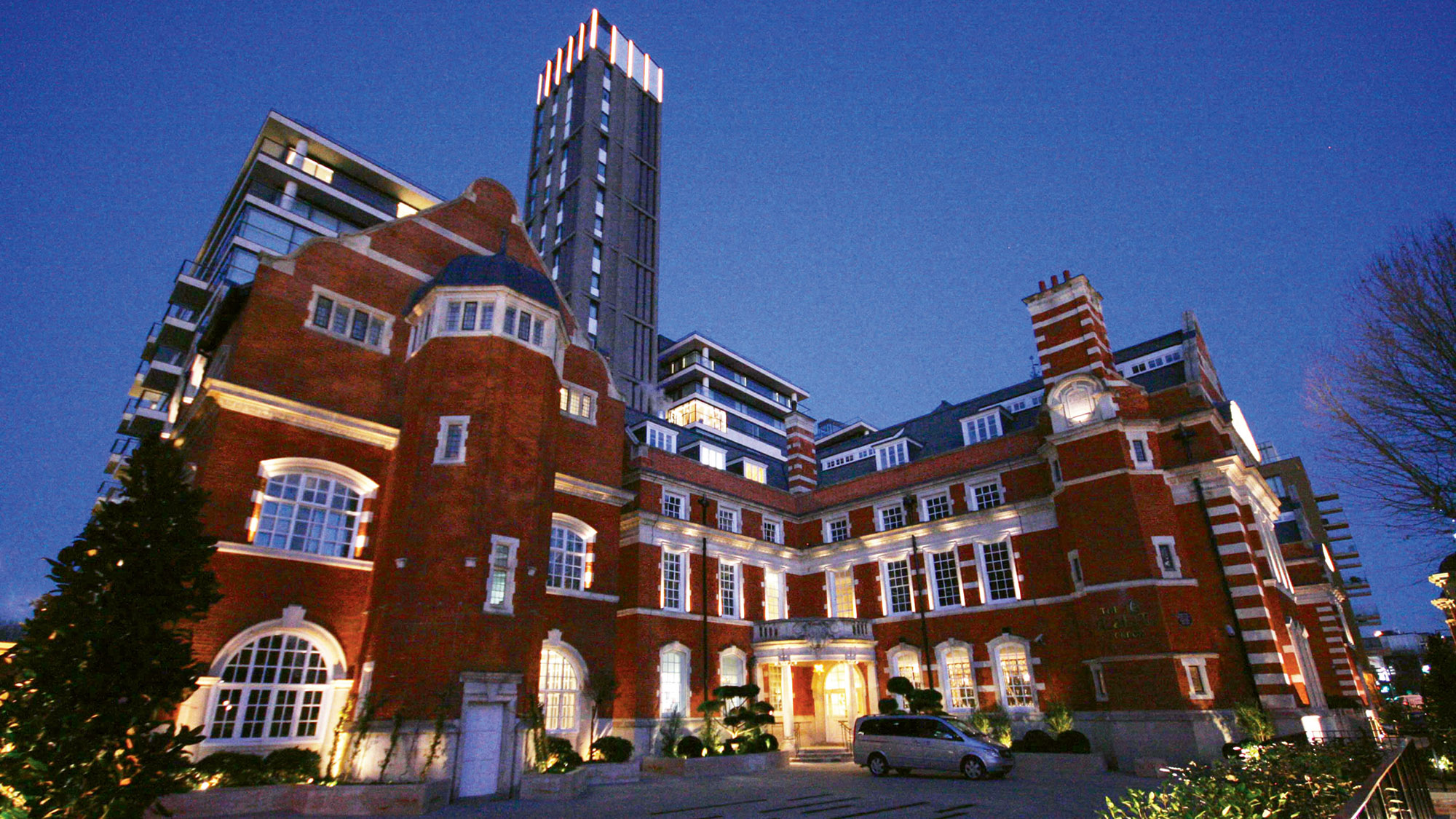 At the Indian-infused Lalit London, for example, the ayurveda-based Rejuve spa offers shirodhara therapy, during which a continuous stream of warm medicated oil is poured onto the third-eye chakra, which might be followed by a frangipani floral wrap and coconut-milk scrub.

Situated alongside the Tower Bridge on the south bank of the Thames, the 70-room, luxury hotel opened in 2017 in a former boys school, memories of which linger amid the restored Victorian architecture of a resplendent three-room suite housed in the former headmaster’s quarters.

A member of Small Luxury Hotels of the World, the property is the first European expansion of the Lalit brand, based in India, hence the presence of London’s only Naan’ery offering freshly baked Indian breads cooked in a cast-iron tandoor oven. The school’s magnificent Grade II-listed Great Hall is home to the pan-Indian restaurant Baluchi, while the Headmaster’s Room offers Champagne and cognacs served beneath an extraordinary mother-of-pearl ceiling. 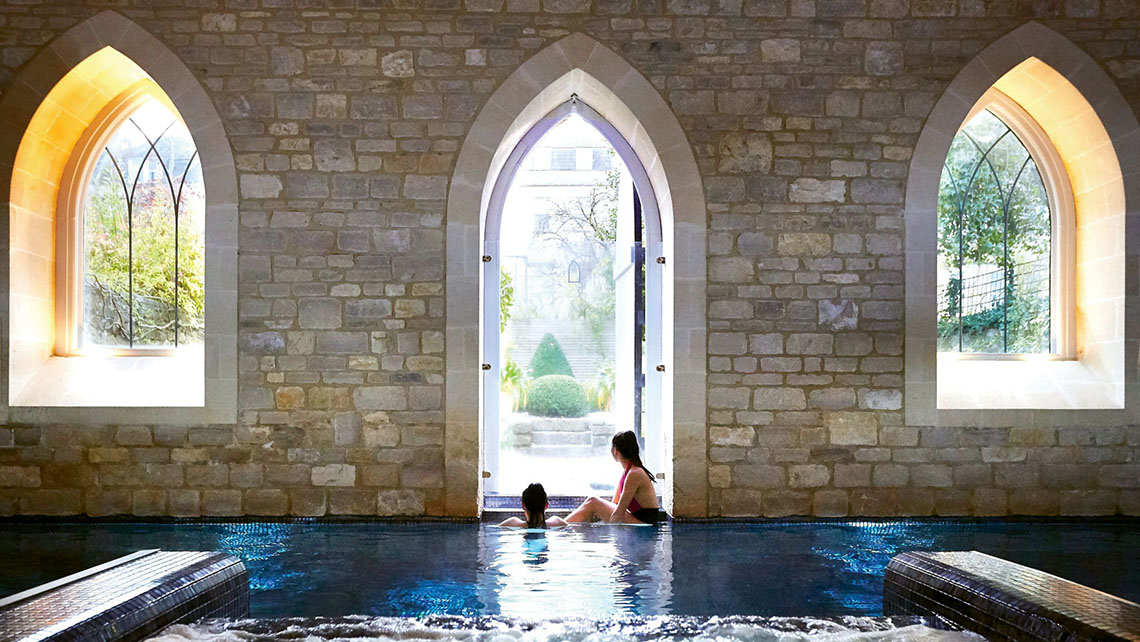 Farther afield, in the city of Bath, guests at the Royal Crescent Hotel & Spa enter into a rarefied realm reflective of the fabled spa town’s 18th-century heyday as a fashionable resort for the aristocracy. Designated a Unesco World Heritage Site in 1987, Bath is a showcase of Georgian architecture featuring the city’s signature golden honey-hued limestone, most notably at the Circus; the Grand Pump Room adjacent to the Roman-built baths; and the Assembly Rooms, where 18th-century social arbiter and dandy Beau Nash presided as self-appointed Master of Ceremonies for the city’s flourishing social scene.

Befitting Nash’s hauteur and his influence over the British royals and the Bath hierarchy, the suite bearing Nash’s name at the Royal Crescent includes a conservatory and a library as well two bathrooms and a master bedroom. A member of Traveller Made and Pride of Britain Hotels, the five-star property retains the high style and decorum associated with Nash during Bath’s reign as a royal escape.

Beyond its two adjoining mansion houses, the 45-room hotel opens onto landscaped gardens that lead to additional Georgian structures that house the Dower House Restaurant and the Montagu Bar.

At the hotel’s Spa & Bath House, treatments are based on the wuxing (or five elements) theory from traditional Chinese medicine and complemented by salt-infused sauna, herbal steam room and separate pools for vitality and relaxation. A flight of Taittinger Champagne in the spa garden recalls the effervescent spirit of Nash and his select circle, for whom Bath provided a luxurious pleasure playground. 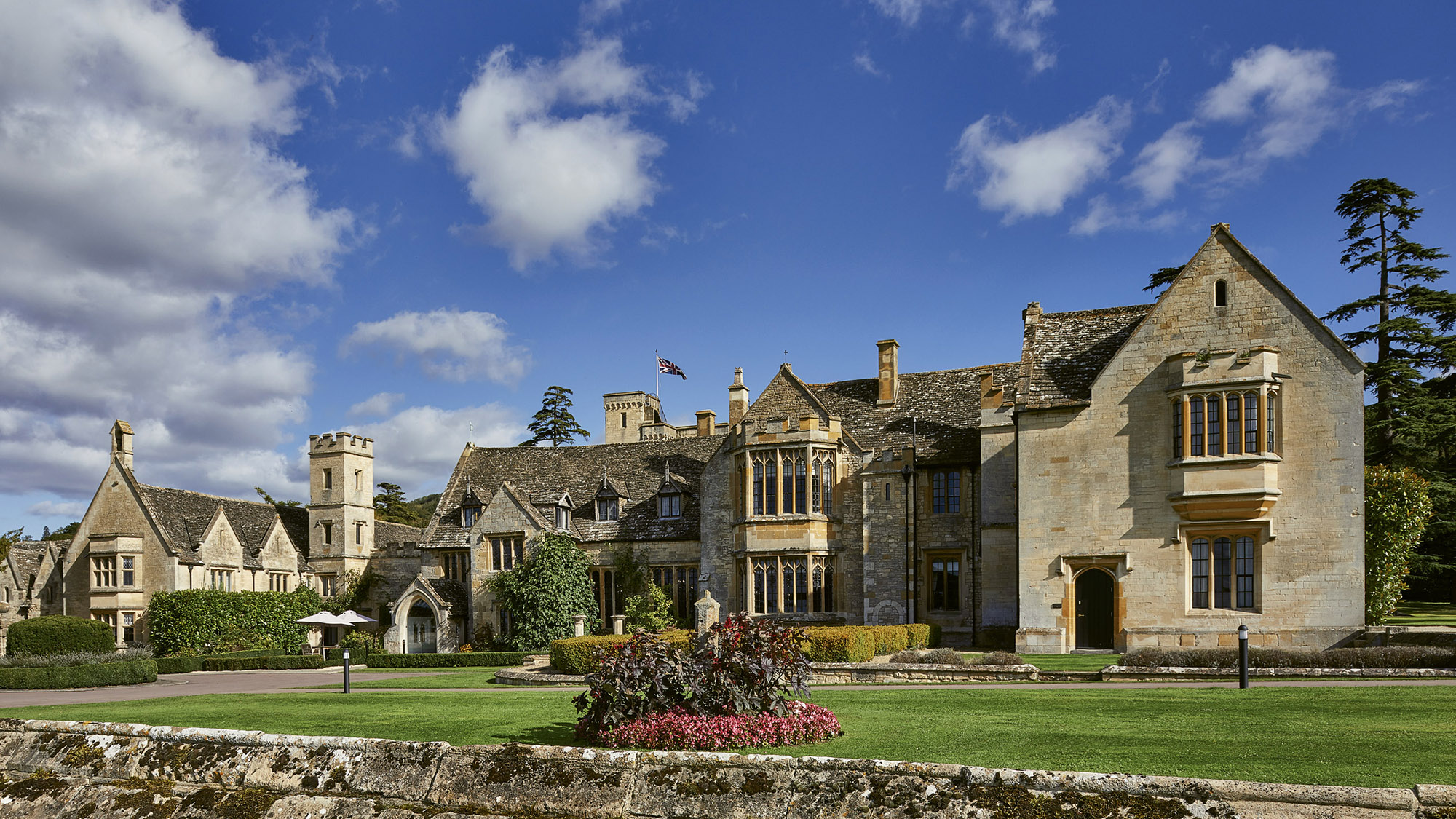 Meanwhile, amid the five-county realm known as the Cotswolds, the royals convene at Cheltenham to cheer on their favorite thoroughbreds at National Hunt racing’s Cheltenham Festival. Overlooking the world-famous racecourse, the five-star luxury hotel Ellenborough Park sits atop the Cotswolds’ highest point and offers guests access to the races via a private drive through landscaped grounds.

Built in the 15th century as a country house, the 61-room property encompasses manicured lawns, gardens, a gazebo, a heated pool and a croquet court, all surrounded by 90 acres of bucolic countryside.

A four-course dinner at the Royalist, one of the hotel’s private dining rooms with a marble fireplace, is served by liveried waitstaff. 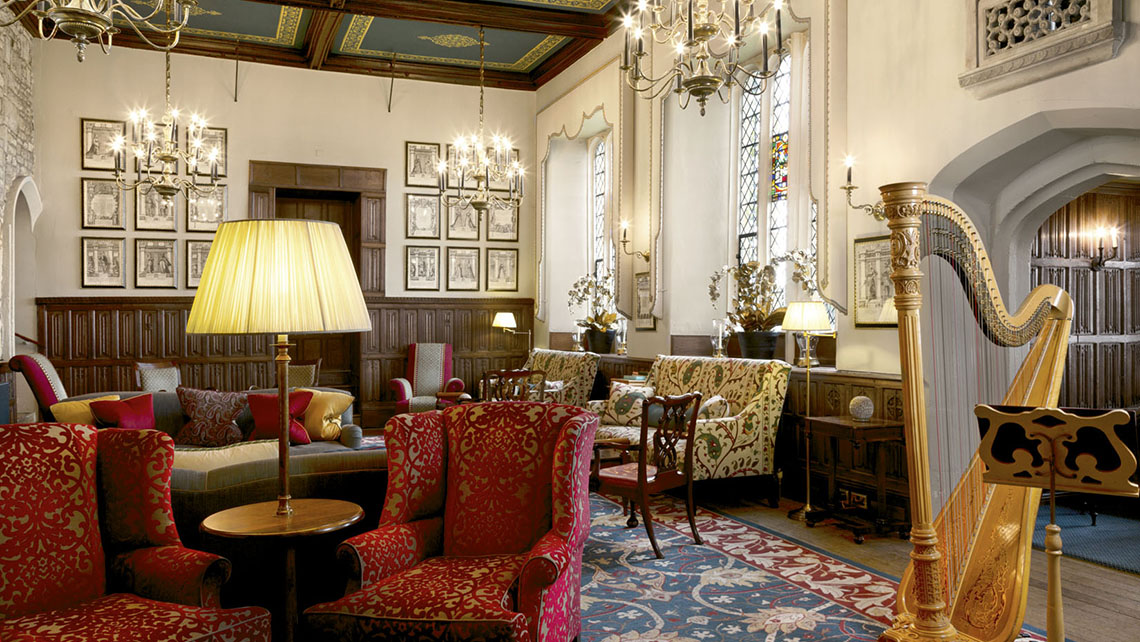 In the splendor of the Great Hall with its wood-paneled walls, chandeliers, fireplaces and minstrels’ gallery, the hotel’s indulgent Afternoon Tea fuels fantasies of grandeur — and a possible sighting of the scandalous 19th-century beauty Lady Ellenborough, whose elegant joie de vivre permeates this extraordinary estate.

As a restorative counterbalance to such indulgent extravagance, London’s new Inhabit hotel offers detox and wellness weekends that include meditation, yoga, cooking classes and nature walks. Or book another birch-branch beating at Banya No.1.

To find your inner royal, Norwegian Air offers nonstop flights to London from 11 U.S. cities, including three daily flights from New York JFK, and luxury at a reasonable price on Norwegian Premium, which includes lounge access as a complement to its Premium in-flight experience on the 787 Dreamliner.

Marshall Mesa open space closed by Marshall fire, may not open until February

It’s a bit Hamptons but just hours away from Sydney: Waiheke Island

How to Get a Refund From an Airline