As earworms go, We’re on the Road to Nowhere is far from the worst or most irritating – yet it can’t help but become grating after accompanying me for half a day and 22km as I plod across the empty moors and bogscapes of northern Lewis in the Outer Hebrides.

The song bounces around my head pretty much constantly from the moment I set off on the track high above Garry beach on the east coast of Lewis. I’m bound for the Port of Ness, the most north-westerly settlement in the British Isles.

The dead-end B895 is perfectly driveable for all of its 18km from the port of Stornoway, and gasps its last at the head of Garry Beach (or, to give it its Gaelic name, Tràigh Ghearadha). Here, the unofficial road to nowhere meets the officially titled Bridge to Nowhere, an exquisite 30m traverse whose nine arches rise 15m above the Stone River. The bridge features in The Chessmen, the final book in Peter May’s Lewis trilogy. Unusually for May, there’s no grim narrative to relate here; instead, it’s the site of a scooter race, plenty of beer and carping about the monumental horseflies.

The bridge is also a monument to the failed dreams of Lord Leverhulme, the pioneering soap manufacturer. Having founded Lever Brothers (later to become Unilever), Leverhulme sought to sink some of his vast profits into the empty lands of Lewis, his ultimate dream being to set up a fishing empire. A road up the coast from Stornoway to the Port of Ness, wrestling a route out of the moors and peat, was essential to make his plan a reality.

Garry Beach is where the bog defeated him. The road splutters on for a few metres the other side, where it whittles to a narrow, stony track accessible only to local peat cutters. The track contours thrillingly, as though stitching the moors and cliffs together. 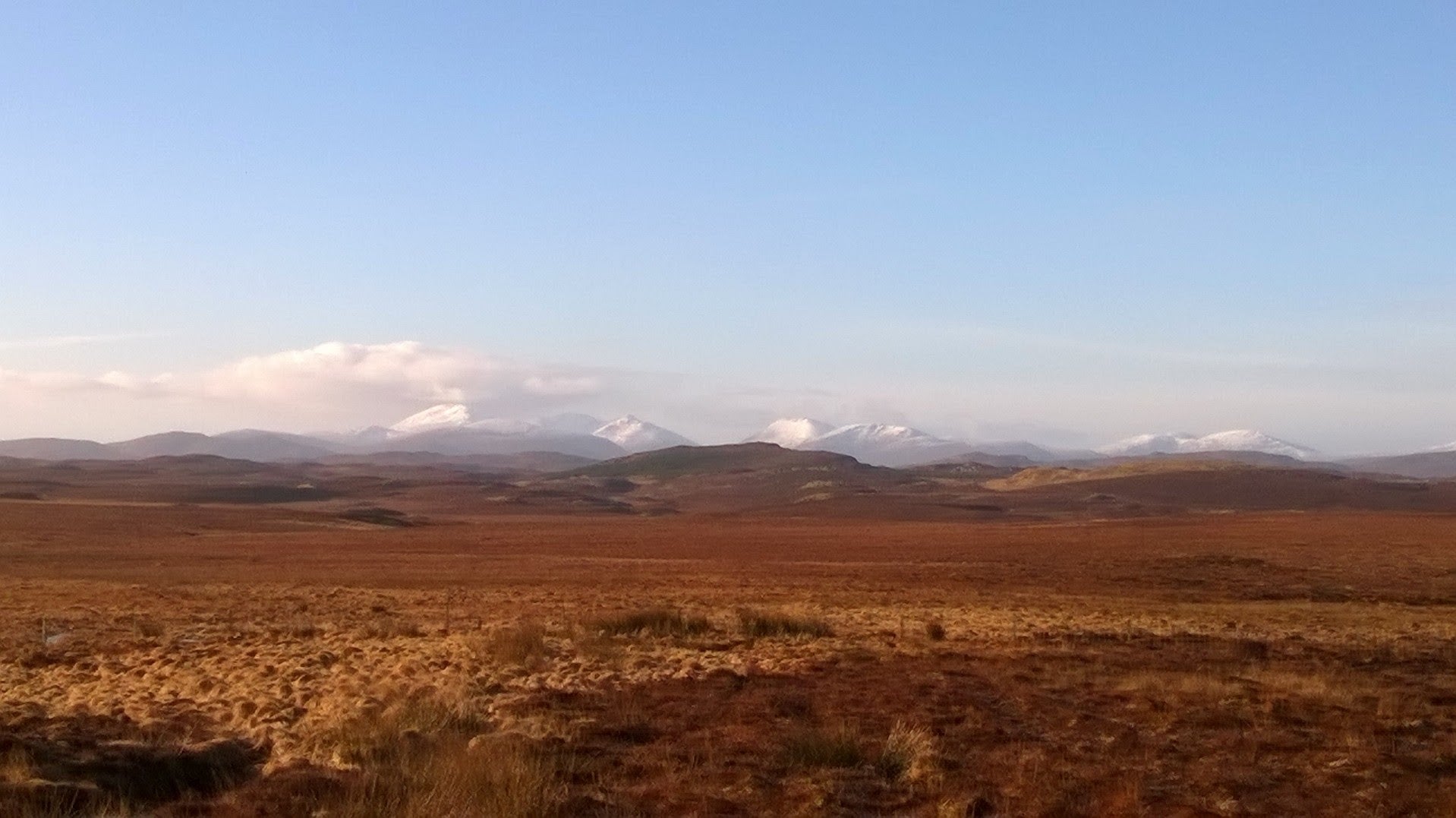 I cross a burn (waterway) at the waterfall of Steall Abhainn na Cloich and reach the lumpen ground of Dùn Othail, the site of an ancient fort, where a sea stack is smothered with fulmars (seabirds resembling gulls) from May to August.

At this point the track finally gives up the ghost. Footfall is light so the obvious route is often overgrown. Saying, “just keep the sea to your right,” is not that helpful either, as the bogs are treacherous in parts. Fortunately the waymarking is good, though you sometimes, a little unnervingly, cannot see more than one yellow post ahead.

Isolation and remoteness are important considerations for this walk – it’s easy to let the imagination overrun with visions of the clanking ghosts of the Macleod chiefs who once held forth here. 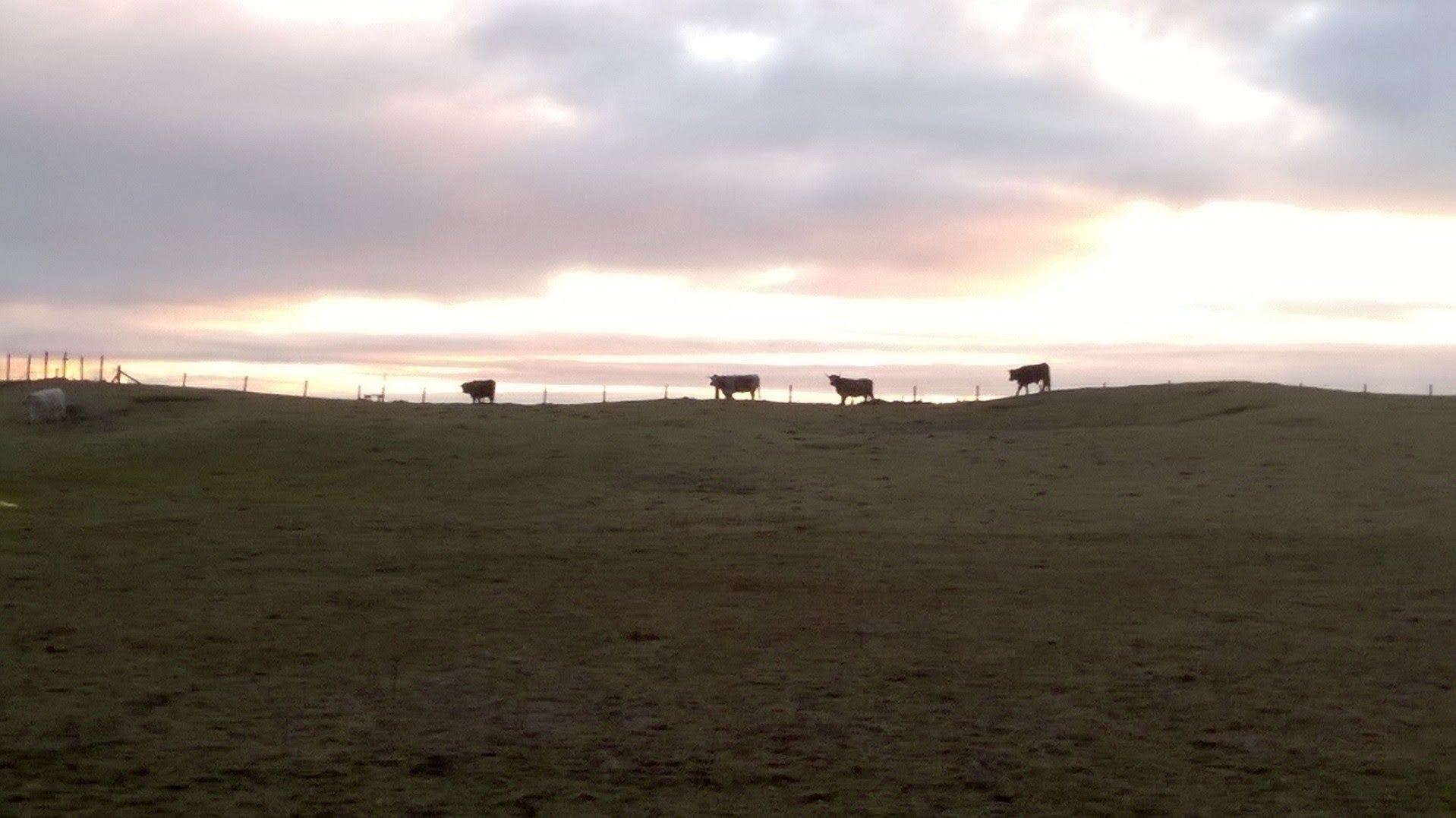 Around a boggy rise known as Àird Dhiobadail I reach what must be around half way – and it feels rather like the point of no return. I think I can spot a lonely dwelling, an outpost of Ness far to the north, but it could just be a cloud of cleggs: an Old Norse name for the infernal horseflies that can bite through denim.

Across the waters of the Minch strait I can see the outline of Assynt and guess I’m looking at mountain peaks such as Suilven; further north is the headland of Cape Wrath, the most north-westerly point in mainland Britain.

I turn my gaze inland and am struck by the scale of the peatscape. At first glance it seems formidably monotonous, yet for a bleak landscape it’s remarkably full of colour, with plentiful foliage providing pleasing flashes of vibrance. I can pick out golden tormentil, bright sundew, the pink of ragged robin and everywhere the grainy white waving flags of cottongrass. There is wildlife here, too: ravens moodily flap along the skyline; a merlin pursues a rock pipit. 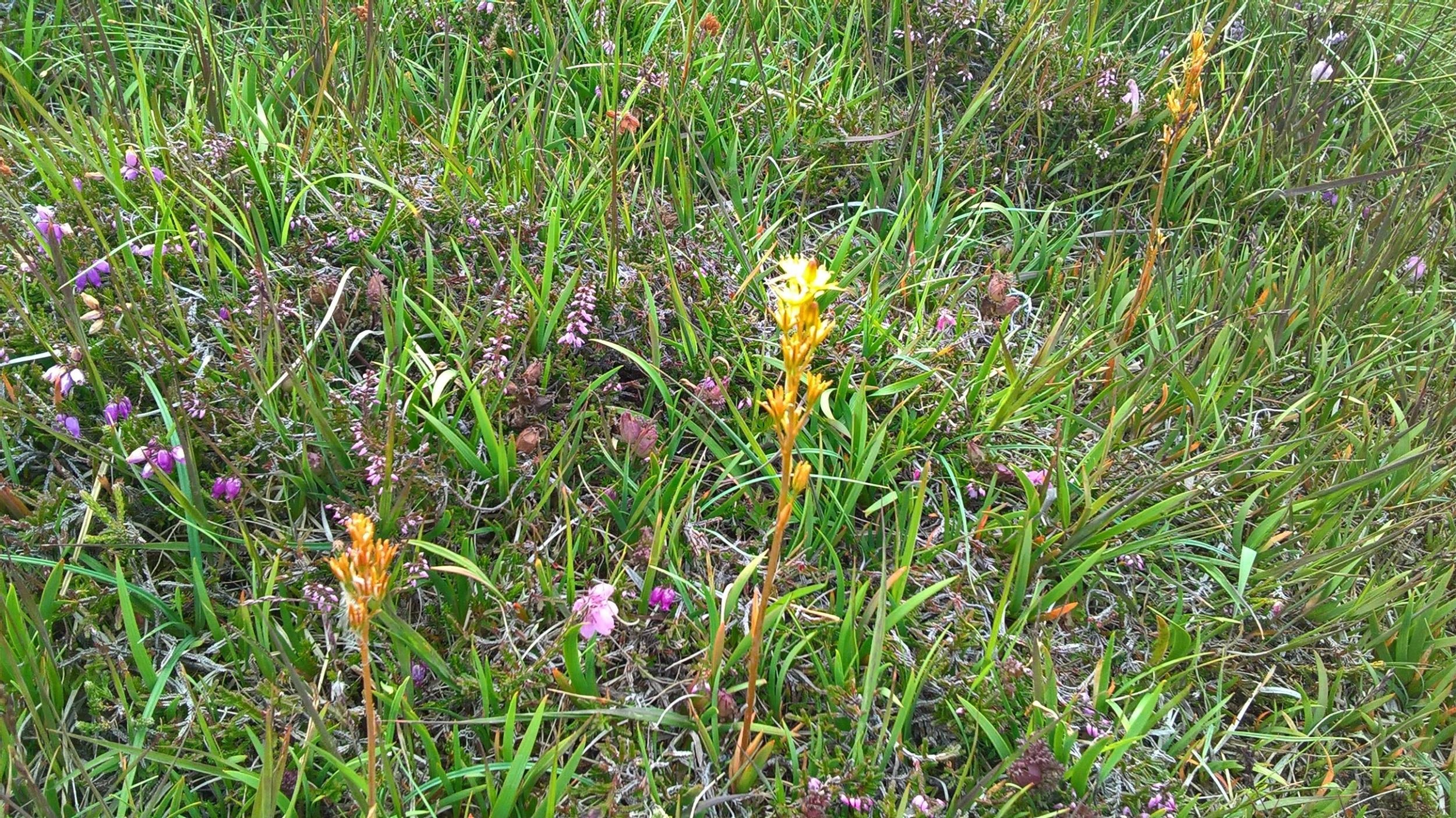 Gradually the earth hidden beneath the heather emerges and coalesces into a peat cutters’ track, making the last 4km into Ness much more easy-going. A herd of Highland cattle on the skyline heralds a return to civilisation. I head for the harbour and grab a coffee at Café Sonas – great cafés in far-flung locations are something of a feature of the Outer Hebrides.

I settle on a beach the other side of the harbour wall; it’s a bright, warm day but, like the moors, I have it all to myself. And, for that, it’s worth walking the road to nowhere.

How to walk the ‘road to nowhere’

This is a one-way linear route and ideally you’d have the help of a companion with a car who could meet you in Ness.

The W5 runs from Stornoway to Tolsta. From the last bus stop it’s a good 2km walk along the B895 to the Bridge to Nowhere. The W1 bus runs between Ness and Stornoway. This is a relatively busy route and your chances of hitching a lift are good. There are no bus services on Sunday.

Mark Rowe is the author of Outer Hebrides, The Western Isles of Scotland, from Lewis to Barra, published by Bradt

The Best Cruise Ships in the World: The 2019 Gold List