The lobby is a ruckus: loud talking, movement, spirited laughs. Spaniards and native English speakers (mostly Americans, which explains the noise) are playing an “icebreaker” game. “Find someone who has broken a bone,” yells one of the leaders to get us going. Cue 15 minutes of racing round the lobby until a new sentence is shouted out.

This isn’t some random multilingual gathering. In fact, we’re all here for a very real reason: intercultural and language exchange through Diverbo. Also known as Pueblo Inglés, it’s a week-long language immersion programme – at least, it is for Spaniards who come to do nothing but speak English.

For native English speakers, on the other hand, it’s a free holiday – volunteer and you get full board for the week. There’s just one catch: you have to talk. Endlessly, like you’ve never talked before. Preferably until your voice goes hoarse – and that’s no exaggeration. Introverts need not apply.

We meet in Madrid where a charter bus will take us to our destination: Candeleda, two hours west, in the province of Ávila (there are five other Diverbo venues but this one’s the closest to the capital).

There’s roughly one Spaniard for every native English speaker, and I have high hopes for my trip – I’d heard about Diverbo through a friend who’d done it, and credited it with instilling in her a fervent love for all things Spanish. Immediately, we’re encouraged to sit next to a Spaniard and just start talking to them. Full immersion is at the core of Pueblo Inglés – so the Spanish students can really hone their fluency. 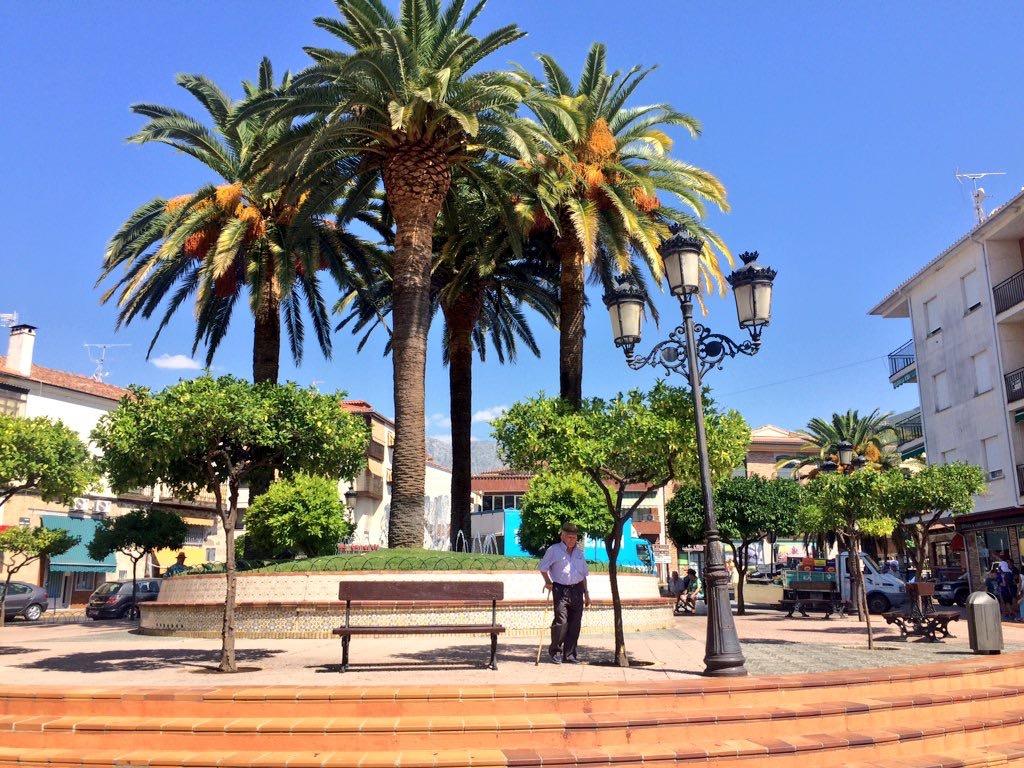 Candeleda is a town so remote and quiet, so unbuzzy, that in the mornings cows with bells around their necks act as my alarm clock. We stay at the rustic Hotel El Mirlo Blanco, where each person gets their own terracotta-roofed bungalow. Beyond the rooms, if you’re attentive enough, you can see the outline of the Sierra de Gredos mountain range looming in the distance.

The daily schedule is packed: a mixture of one-on-one hour-long conversations on specific topics; rehearsed theatrical skits and “icebreaking” hand-holding; mini TED-style talks from the Spaniards on a topic of their choosing; and “telephone exercises” practised via the hotel’s conference call phone service, to have business-related talks.

All meals (which come with wine) are eaten together, and there’s a no clique rule – you’re urged to eat with different people throughout the week. The only lull in the schedule is after lunch for a few hours: siesta time.

Stuck in an office, the phone calls are very unlike a holiday – not least because the Spaniards seem most nervous about them. But otherwise, it doesn’t feel much like work, and I start to look forward to the one-on-ones. You sit with your assigned partner wherever you like – by the pool, over a cafe con leche, with a drink from the hotel bar in hand, or on a walk. Although topics are preselected, we quickly veer off into more interesting chat. And it gradually begins to feel like you’re chatting with a new friend in a no-pressure relaxed situation – and learning as much about yourself as you are about them. 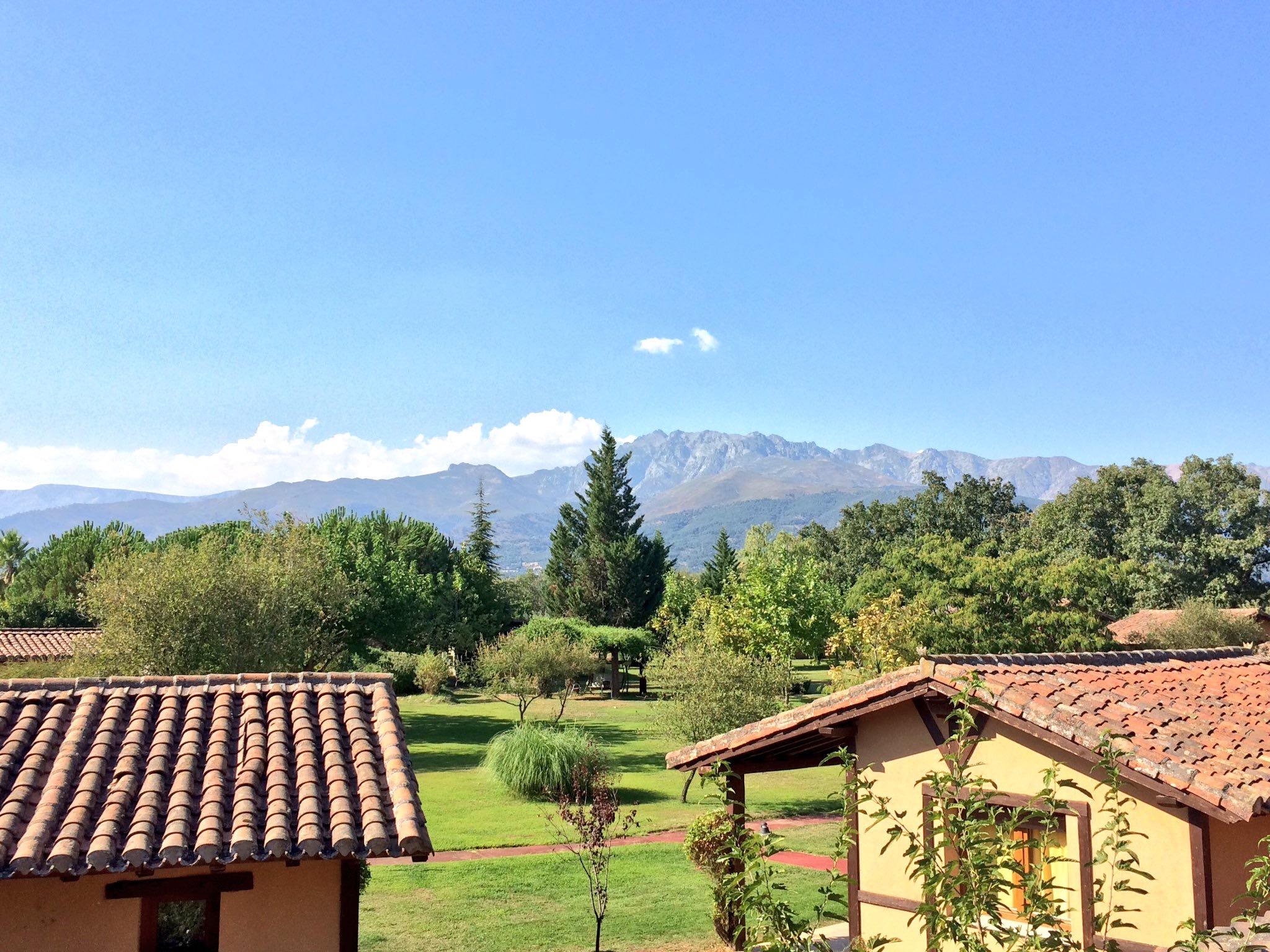 It’s on a group caving excursion towards the end of the week to Las Grutas del Águila – a kilometre-long cave system near Candeleda; the sole excursion of the week – that I realise I’m gravitating towards some of the Spaniards. There’s the one I wandered over to after dinner to have a beer with; the one for whom I sacrificed my midday nap to chat about the differences between the US and Spain. I’m making friends, I realise, without being aware of it, let alone trying.

And friendship, it turns out, is a huge part of Pueblo Inglés – not least because it’s practically impossible to part ways from people you’ve spent a week talking to without adding a few on Facebook. The bus ride back to Madrid has none of the anxious awkwardness we had on the way out. Instead, excited chatter fills the bus from back to front, along with promises to keep in touch via WhatsApp.

I’m rightfully exhausted by the end of the week. But despite the effort it’s taken to talk nonstop for seven long days, it’s genuinely felt less like work and more about connecting. Both volunteers and Spaniards receive completion certificates at the end of the week, and it’s rewarding to see the transformation of some of them who were too timid to speak much on the bus, on arrival, having gained enough confidence to give presentations in English.

It may not have been a week of poolside relaxation, but as alternative holidays go it’s been a success.

Airlines flying to Madrid from the UK include Iberia, easyJet, British Airways and Ryanair.

Native English speakers stay for free for a week on a full board basis. Transport from Madrid is also included.

Qatar Airways to take off for Gaborone, Botswana, in October

14 Books Our Editors Are Reading This Summer

Baseball's A-Rod may be involved in sale of Trump hotel in D.C., report says